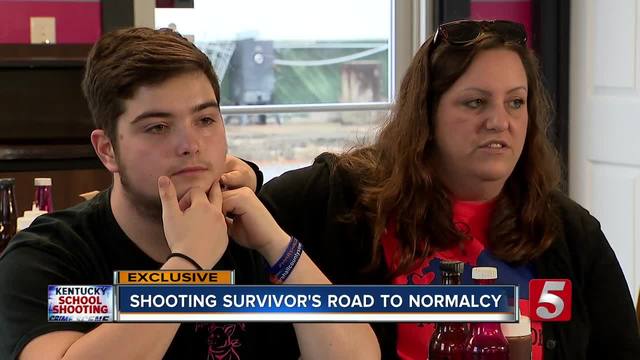 One of the survivors in the deadly Marshall County High School shooting three weeks ago has returned to work as he recovered from a gunshot wound to the face. 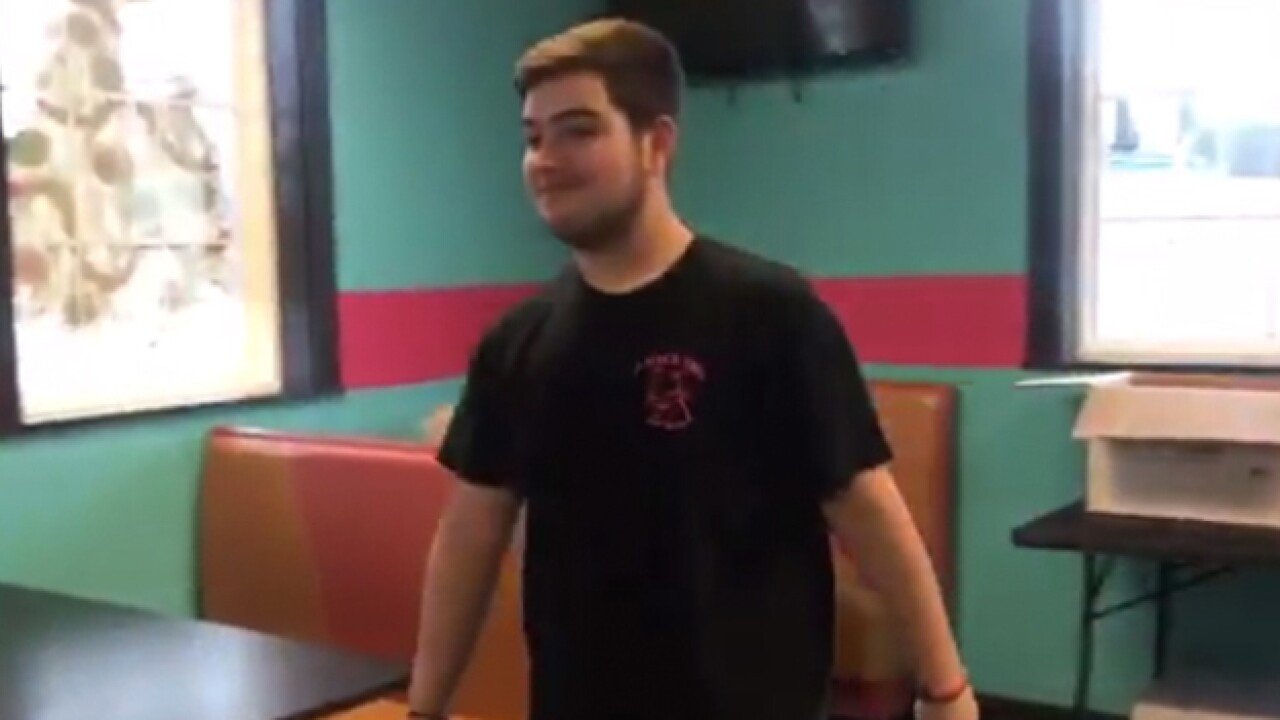 One of the survivors in the deadly Marshall County High School shooting three weeks ago has returned to work as he recovered from a gunshot wound to the face.

Gage Smock, 16, was inside the commons area of the school the morning of January 23 when a gunman walked in and opened fire.

Officials said 18 students were injured in the shooting including Smock who was shot in the face.

Bailey Holt and Preston Cope, both 15-years-old, were shot and killed.

Knowing it is Valentine's Day, Gage visited Holt's grave to lay flowers since the two were in a relationship before she died.

"She was the sweetest and most beautiful person ever. She would probably still go and be friends with the kid," said Smock.

The 16-year-old returned to work at J-Mack BBQ on Tuesday to a surprised and excited crew.

"It's just good to get back out of the house and do stuff. We are not just co-workers but we are a family," said Smock.

His mother, Larissa Smock, also joined him and thanked the community for the outpouring of support.

She recalled getting a phone call she'll never forget.

"He called me and told me he had been shot in the face. We were screaming back and forth. I can hear him breathing hard and then he wouldn't answer me on the phone. I can hear a man talking and saying that he was going to get him to the nurse and the phone hung up," remembered Larissa.

Larissa said the bullet shattered the bone and fractured his jaw, but miraculously ge survived.

"I just remember falling and I blacked out," recalled Smock.

He has not gone back to school because his mouth is wired from his injuries.

Although it is unclear when he will go back to school, he knows it may be a tough time getting back to normalcy.

"I'm sure it will be tough for me. I can sit here and say it won't be but I'll probably still have thoughts. It's still hard but it has gotten easier just talking about it," said Smock.

Since the shooting, J-Mack BBQ has held fundraisers and a donation jar to raise money for the family.

Christy Paddack works for the restaurant and is selling bright orange shirts that say #MarshallStrong.

To make an order or learn more, email her at christypaddack@gmail.com.

Pre-order for the next batch is available until Friday at 6 p.m.