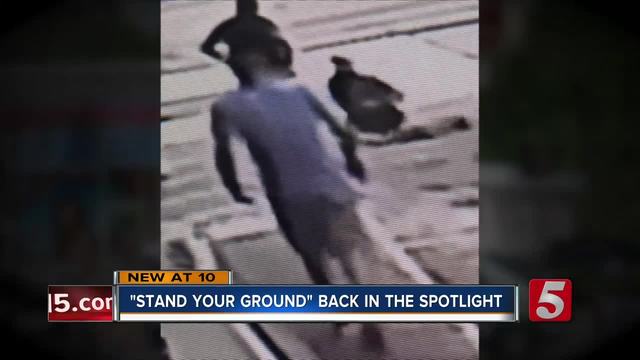 Florida's "stand your ground" law could save a man from prosecution after he fatally shot another man following a heated argument over a parking space at a convenience store.

Florida's "stand your ground" law could save a man from prosecution after he fatally shot another man following a heated argument over a parking space at a convenience store.

Tennessee is one of at least 20 states that have the "Stand Your Ground" self-defense law.

"An individual is authorized in using deadly force to defend themselves if they are in imminent fear of death or seriously bodily harm," Executive Director for Tennessee Firearms Association John Harris said.

Harris said states usually fall into two categories when it comes to the law.

He said if you’re in your home, on your own property, in a motor vehicle, or in a hotel room that you’re occupying and someone enters that space feloniously, the law presumes that there is imminent fear.

Opponents of the law said it gives the legal blessing to commit murder of innocent people.

Beth Joslin Roth with Safe Tennesse Project believed the law is too broad.

"Our organization tries to be very reasonable about this issue. We have no interest in banning guns or appealing the second amendment, we just feel that we should be doing more to keep guns out of the hands of dangerous people," Roth said.

"We really view gun violence as a public health issue. So we’re always going to look at the academic research to help inform our policy, positions and the types of legislation that we support and oppose," Roth said.