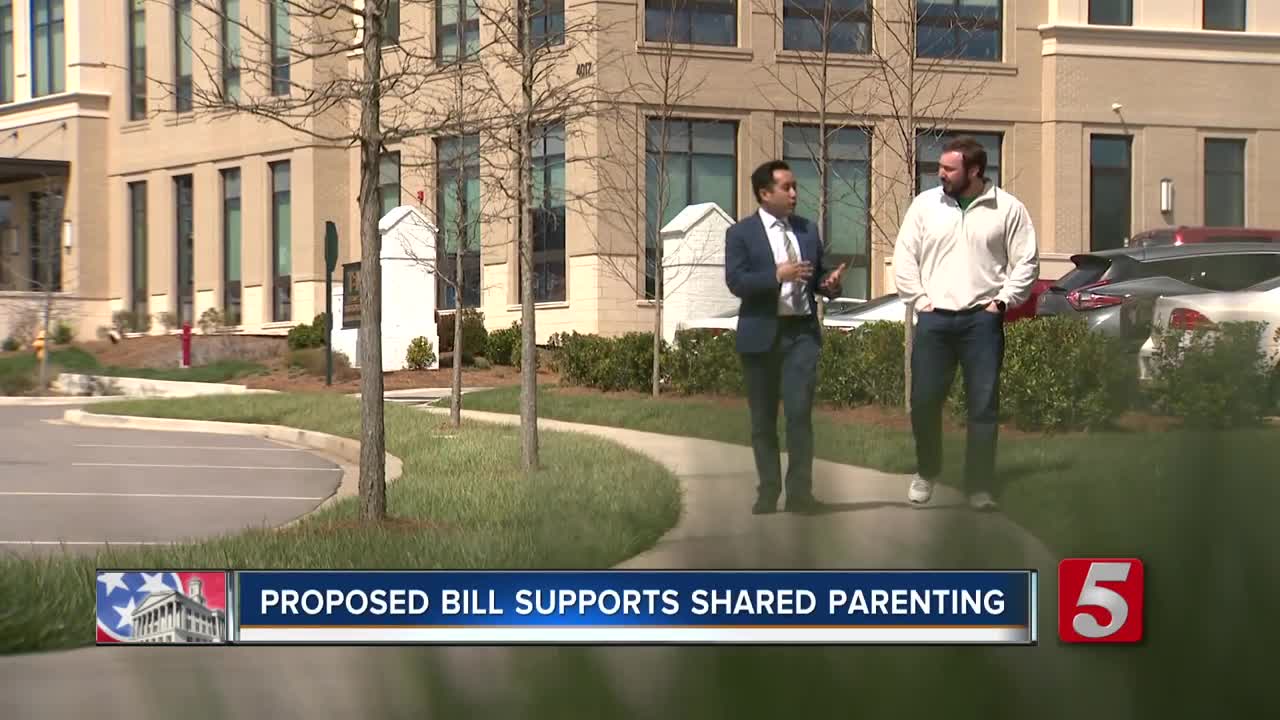 Amid ugly and expensive custody battles, children can find themselves stuck in the middle of the drama. NASHVILLE, Tenn. (WTVF) — Amid ugly and expensive custody battles, children can find themselves stuck in the middle of the drama.

Senator Mike Bell (R-Riceville) and Representative Johnny Shaw (D-Bolivar) have proposed a legislature that would establish a preference or presumption for joint custody or shared parenting in case of a divorce or annulment.

The bill stated that the judge would still have "the widest discretion to order a custody arrangement in the best interest of the child."

"Shared parenting is where we should start. If the judge decides it's in the best of interest of the child to go 100 percent one way or 100 percent in the other, the judge still has discretion to do that with the bill," Sen. Bell said in a recent committee meeting.

The legislature does not mean a 50-50 parenting custody.

However, Walter Richardson of The Tennessee Fathers' Rights Movement said it is the right step for fathers. Historically, courts have favored mothers in custody battle cases.

"The purpose of it is to level the playing field for fathers seeking to spend more time with their children," Richardson told NewsChannel 5.

Richardson is the U.S. legislative manager for the national group with about 500,000 followers. He supports fathers struggling during custody battles through a crisis line.

He said the bill would not only avoid expensive costs but protect children from the harm of divorce.

"We genuinely want children to not be caught in the middle of these highly contested disputes that can last for years," Richardson said.

"If they haven't reported what's going on the judge has no idea," Tennessee Voice For Victims Co-Founder Verna Wyatt said. "When you have someone going for a divorce that never called police for any kind of abuse but they're in a power and control relationship, granting joint custody to the two of them when he's an abuser can be very dangerous."

The bill will move forward to the Children & Families Subcommittee next week.