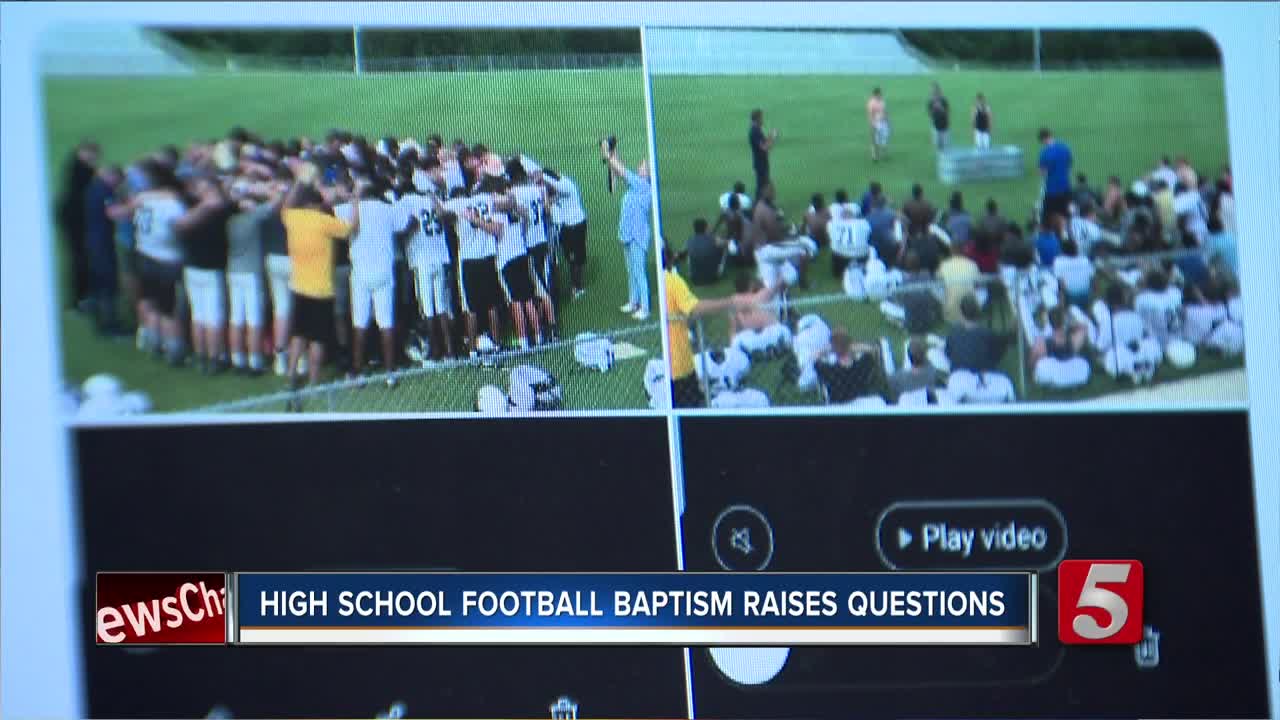 Two high school football players from Springfield High School were baptized on the football field following a practice, surrounded by their team, and while many were excited, it has raised some questions. 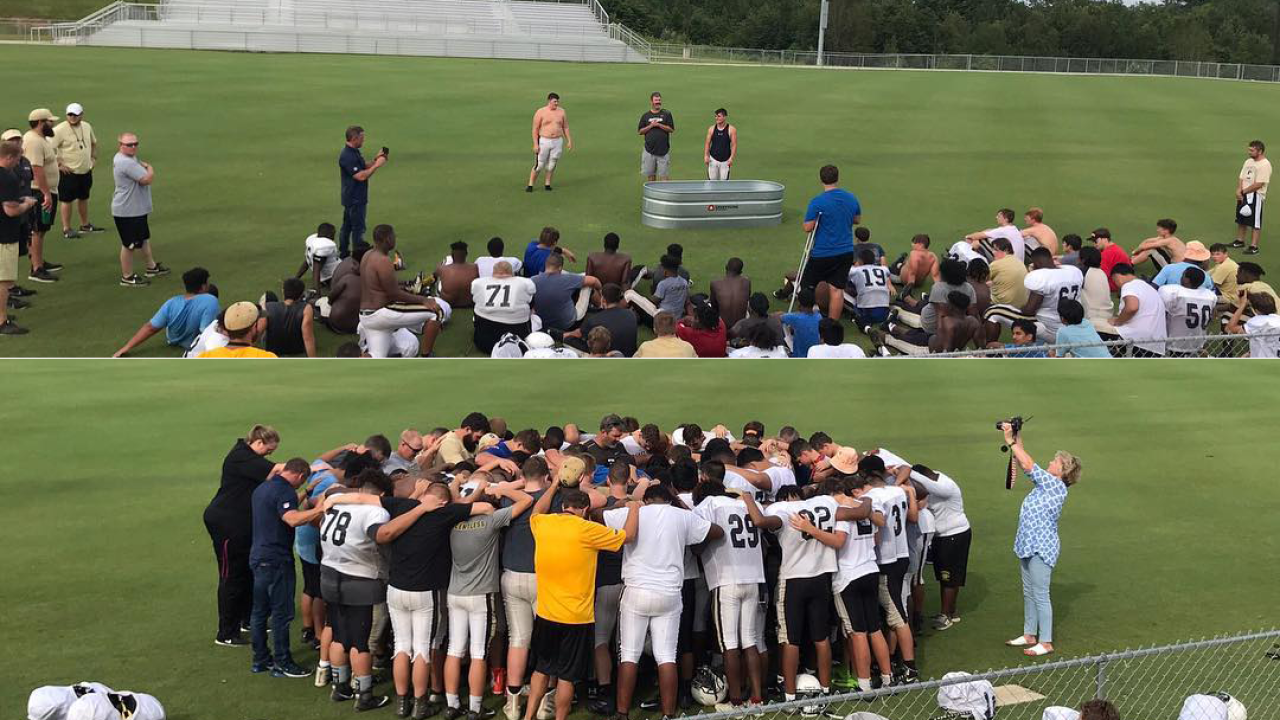 NASHVILLE, Tenn. (WTVF) — Two Springfield High School football players were baptized on the football field following a practice in August, with coaches and players alike supporting the players and celebrating their decision.

One football coach at Springfield High School posted on twitter, "Great day for two young men being baptized in front of our team and our field. Better than winning any game or any trophy."

One of the players baptized retweeted the phone and said, "I wouldn't want it any other way."

The character coach for the team and minister at Bethlehem Baptist Church posted, "What a blessing it was to baptize these young men today in front of their football brothers."

But this week, questions emerged about the event.

The Freedom from Religion Foundation (FFRF) posted that coaches need to stop promoting and endorsing religion to students, saying it's illegal for them to organize or participate in religious activities with students, including baptisms.

"This is especially problematic in the context of athletics, given the coercive pressure players feel to conform to coaches' expectations so as not to disappoint coaches or hurt their standing on the team." FFRF said in a quote from their lawyer.

Robertson County Schools said they reviewed the baptism and found that neither the school nor school personnel had violated any policies or laws.

"The activities that occurred on or about Aug. 7, were student-initiated, student-led, and occurred after the practice session had ended, and after school hours. All participation was voluntary with no requirement for attendance either stated or implied," the school released in a statement.

As of Thursday, the school had received a few complaints, but only after the Freedom from Religion Foundation raised concerns.

We reached out to coaches of the team for comment on this story, but as of Thursday afternoon, we did not receive a response.