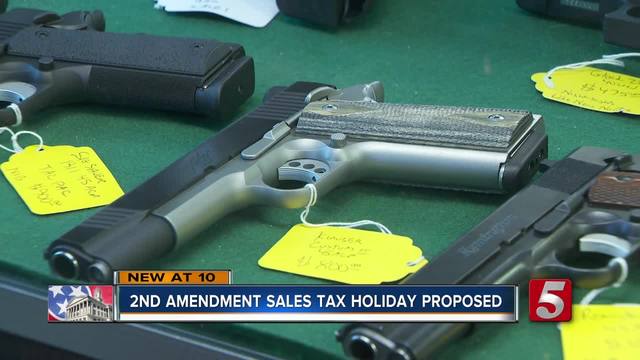 Each year, Tennesseans take advantage of a sales tax holiday for back to school shopping, and now a new bill would exempt firearms from taxes. House Bill 0744 would set up a Second Amendment Sales Tax Holiday. 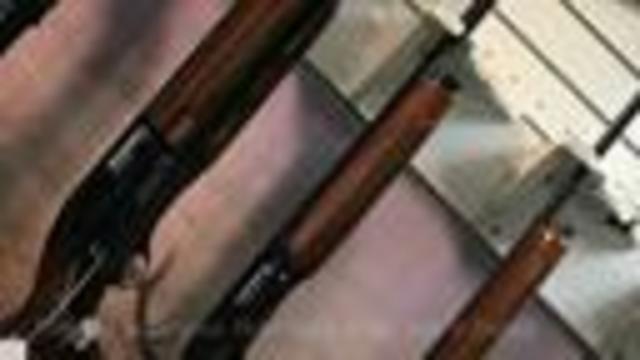 Each year, Tennesseans take advantage of a sales tax holiday for back to school shopping, and now a new bill would exempt firearms from taxes. House Bill 0744 would set up a Second Amendment Sales Tax Holiday.

The bill would create a sales tax holiday for firearms and ammunition for the first weekend of September.  Shotguns, rifles, pistols, revolvers, BB guns and muzzleloaders would be included. Ammunition includes shots, bullets, cartridges and shotgun shells.

The bill was also filed last year by Rep. Dennis Powers, a Republican from Jacksboro, and he is sponsoring it again this year.

Some Nashville gun store owners, including Chris Tenpenny at Nashville Sporting Arms, said if the bill is passed, it could bring more customers into the store.

“It could definitely give us a bump in business,” said Tenpenny.  “It would probably drive a lot more traffic into the store.”

Tenpenny said most items in the store ranged in price from $300-500, so customers would have a chance to save around $30-50 dollars on their purchases.

However, the Safe Tennessee Project has some concerns about the bill.  Beth Joslin Roth released a statement that said: “If passed, this legislation would cost the state over a quarter of a million dollars in decreased revenue and increased expenditures per year.  In the last two years, Memphis, Nashville, and Knoxville have broken homicide records, firearm suicides have increased have increased, as have unintentional shootings involving kids and negligently-stored firearms.  Working with law enforcement and public health experts to study the causes for these increases in gun violence would be a better use of taxpayer money.”

The bill will go before the House Finance, Ways and Means Subcommittee on Feb, 7.

Both Mississippi and Louisiana have sales tax holidays for guns.