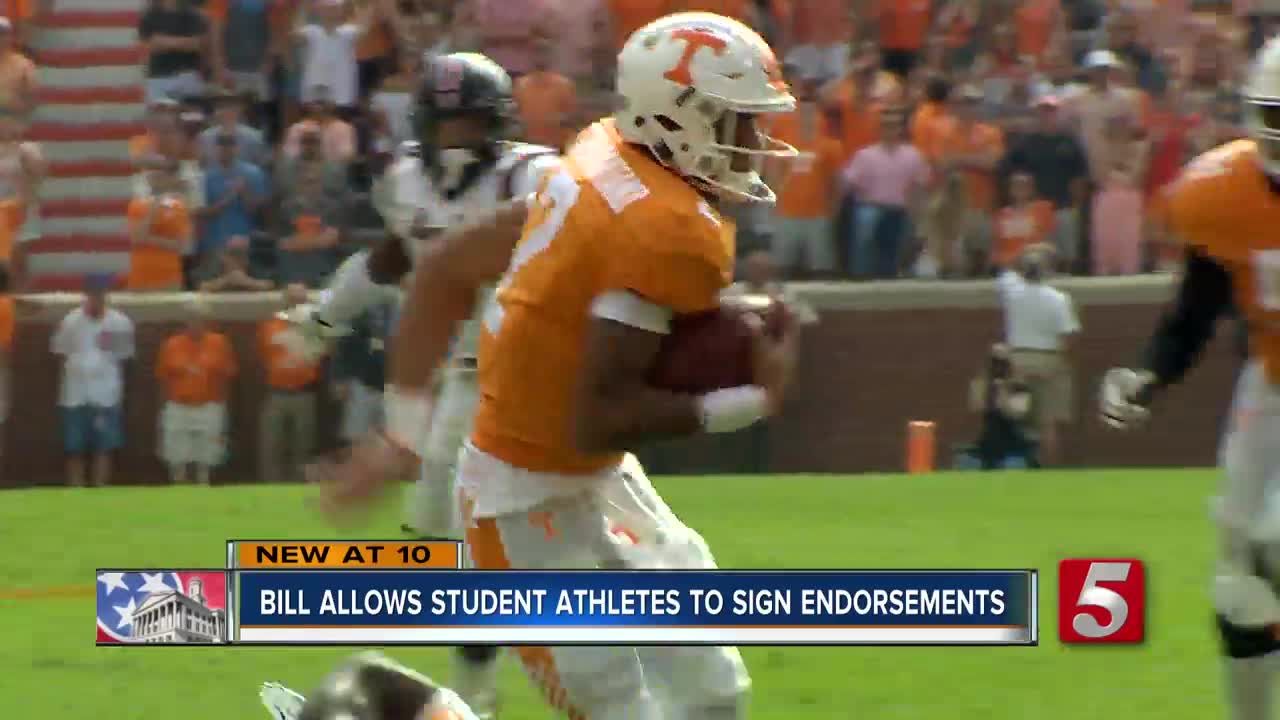 Two state lawmakers want to make sure student athletes can make money off of their image used in advertising. 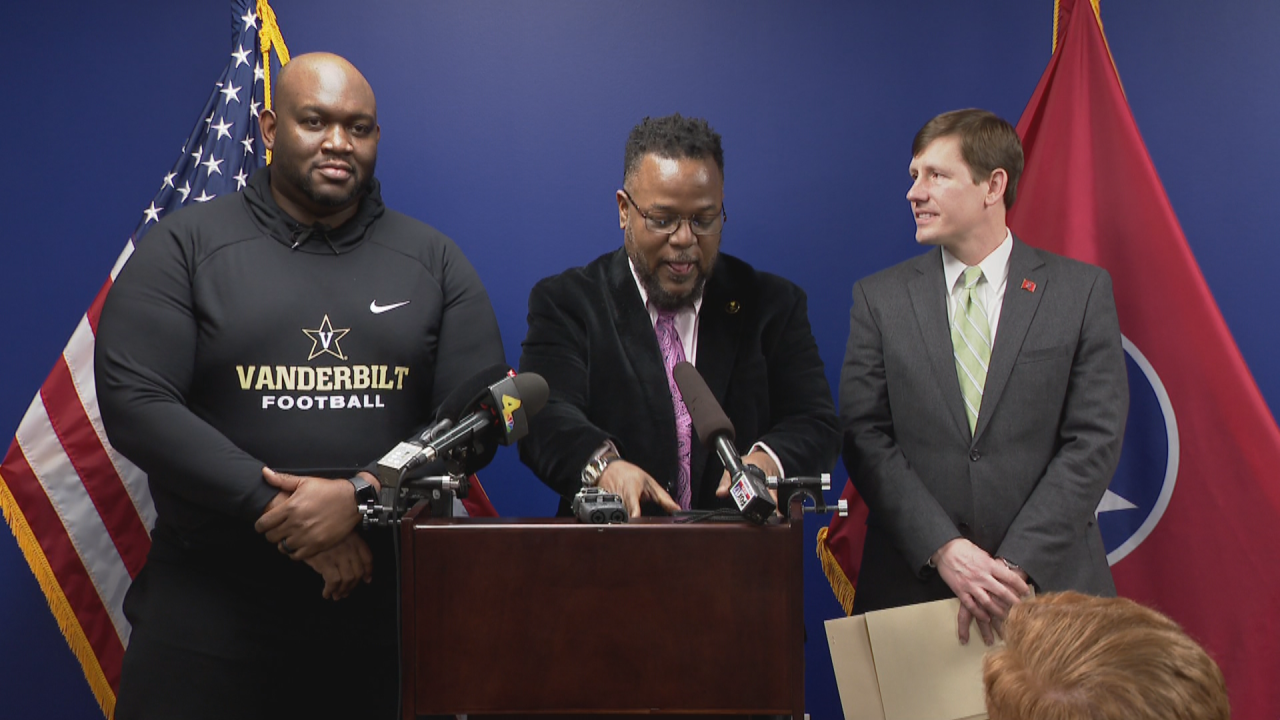 NASHVILLE, Tenn. (WTVF) — Two state lawmakers want to make sure student-athletes can make money off of their image used in advertising.

Senator Brian Kelsey R-Germantown and Representative Antonio Parkinson D-Memphis held a press conference to talk about the legislation Tuesday. Standing with them was Alphonso Harvey, A former Vanderbilt football player who graduated in 1999.

He joined the bipartisan duo pushing for the bill would allow college athletes to sign endorsement deals with businesses, letting them get paid for their image or likeness, starting in 2023.

"The NCAA has been making billions of dollars off our student athletes for years, and its time for this for end, because our athletes don't get one dime of that money," said Sen. Kelsey.

Traditionally, the NCAA has banned students from making money off their likeness in advertising. It issued a ruling, allowing for that to change last year, but the lawmakers say they want to take things a step further with a new state law.

Harvey said the scholarships athletes receive don't always cover all their expenses -- and he says many times student athletes who don't go pro aren't prepared for the real world after graduation.

"We want our colleges and universities to be on board and, for once, we want Tennessee to lead, take the lead, there's nothing wrong with it, lets go with it," said Rep. Parkinson.

The bill would also require Tennessee's Division I schools to start paying into a fund that would give some athletes a grant after they graduate to help them enter the workforce.