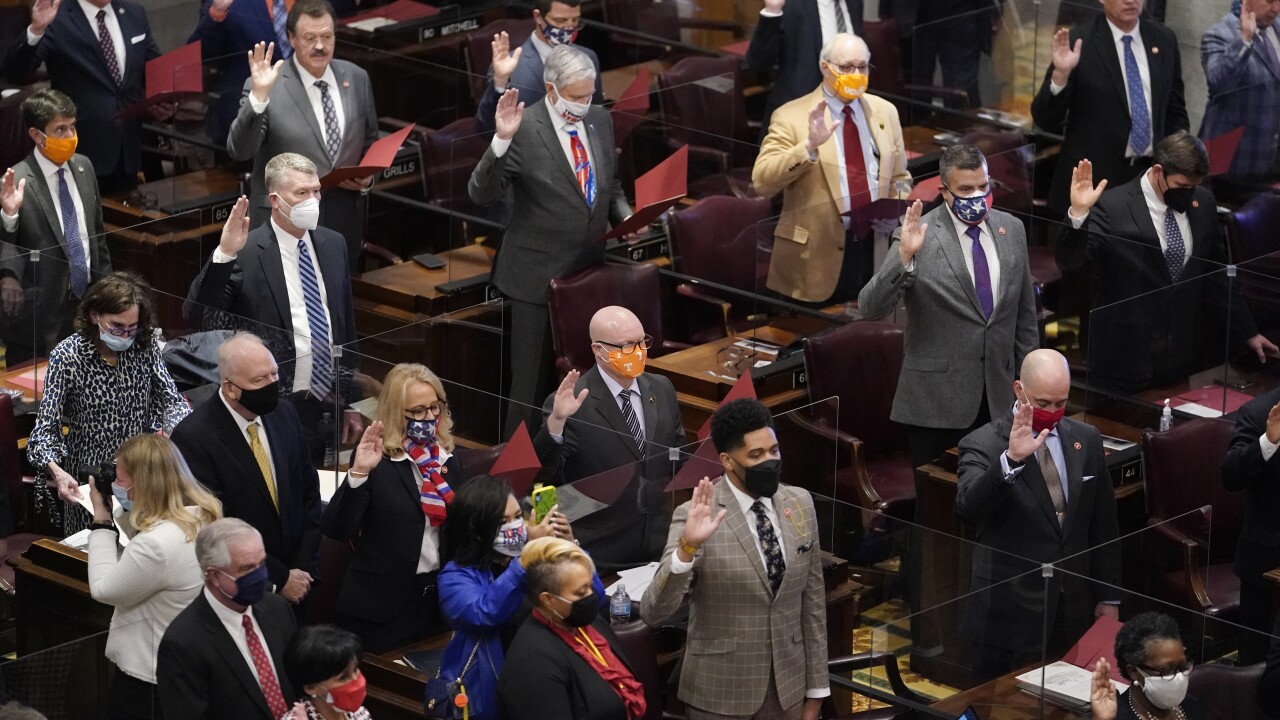 Mark Humphrey/AP
Members of the Tennessee House of Representatives are sworn in on the first day of the legislative session Tuesday, Jan. 12, 2021, in Nashville, Tenn. Tennessee lawmakers gathered to start their annual session Tuesday in Nashville amid a pandemic and an FBI probe that drew searches of multiple legislative offices by federal agents last week. (AP Photo/Mark Humphrey)

NASHVILLE, Tenn. (AP) — Tennessee lawmakers are poised to vote to reelect the secretary of state and treasurer and pick a new comptroller.

A caucus of Republican lawmakers on Tuesday nominated Jason Mumpower to become comptroller and Secretary of State Tre Hargett and Treasurer David Lillard to keep their positions. Mumpower is the top deputy for current Comptroller Justin Wilson, who is retiring. Wilson was first elected in 2009.

The secretary of state is elected to four-year terms, while the comptroller and treasurer serve two-year terms.