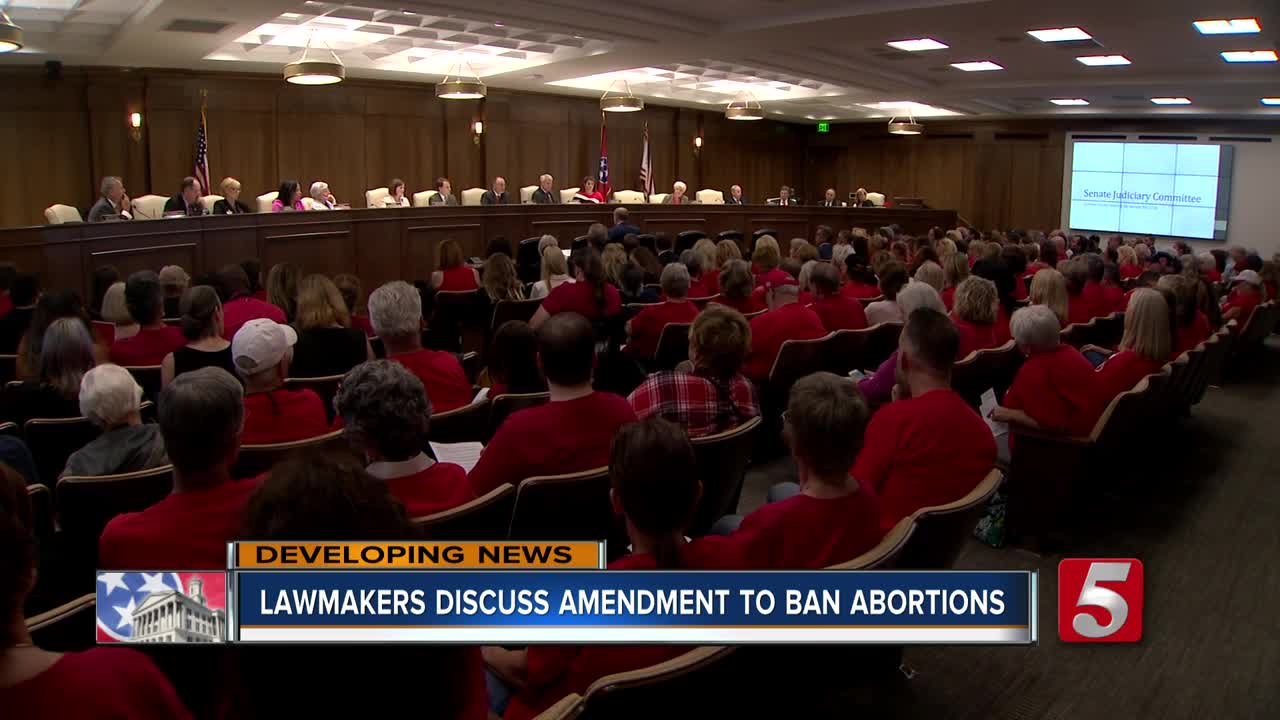 If the changes to the "fetal heartbeat" bill are adopted, the legislation would ban abortion once a woman knows she's pregnant -- only if Roe v. Wade is overturned. 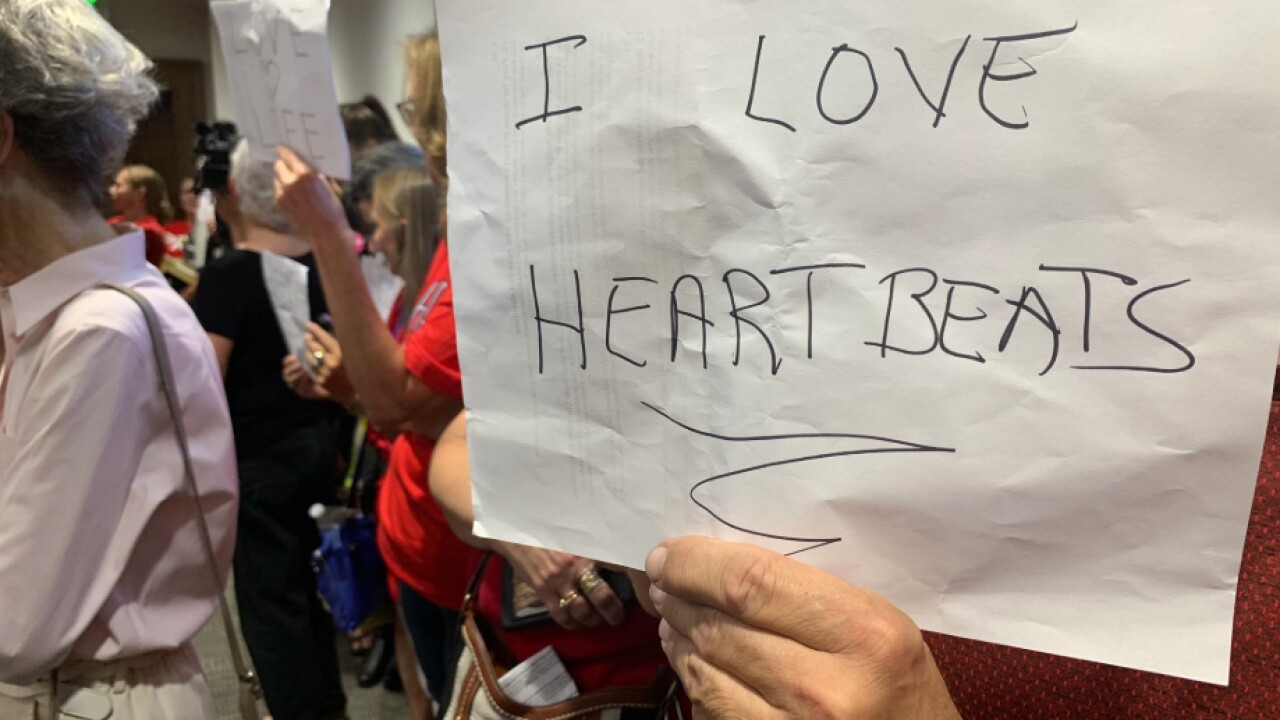 NASHVILLE, Tenn. (WTVF) — Tennessee lawmakers are meeting to discuss a bill that could make abortions illegal in Tennessee or ban them when a fetal heartbeat is detected.

The Senate Judiciary committee is meeting Monday for its summer study on the "fetal heartbeat bill." The committee room was so packed, Tennessee Highway Patrol troopers had to move some people into two overflow rooms.

Earlier this year, the Tennessee General Assembly tried to pass legislation that would ban abortion once a fetal heartbeat is detected . The measure cleared the House but stalled in the Senate after leaders said the bill raised too many legal concerns.

If the changes are adopted, the legislation would ban abortion once a woman knows she's pregnant -- only if the U.S. Supreme Court overturns Roe v. Wade.

Here’s a few more pictures of the room. You’ll get a good idea of how packed it is. pic.twitter.com/v2NecBOjaA

"The pro-life people all agreed that they want to see restrictions on abortion, but they started disagreeing on how to do it," state Senator Kerry Roberts (R—Springfield) said in a telephone interview with CBS News.

Roberts told CBS News the intention of the amended bill isn't to immediately cut off access to the procedure but to provide a legal challenge to Roe v. Wade, Planned Parenthood v. Casey and other Supreme Court precedents.