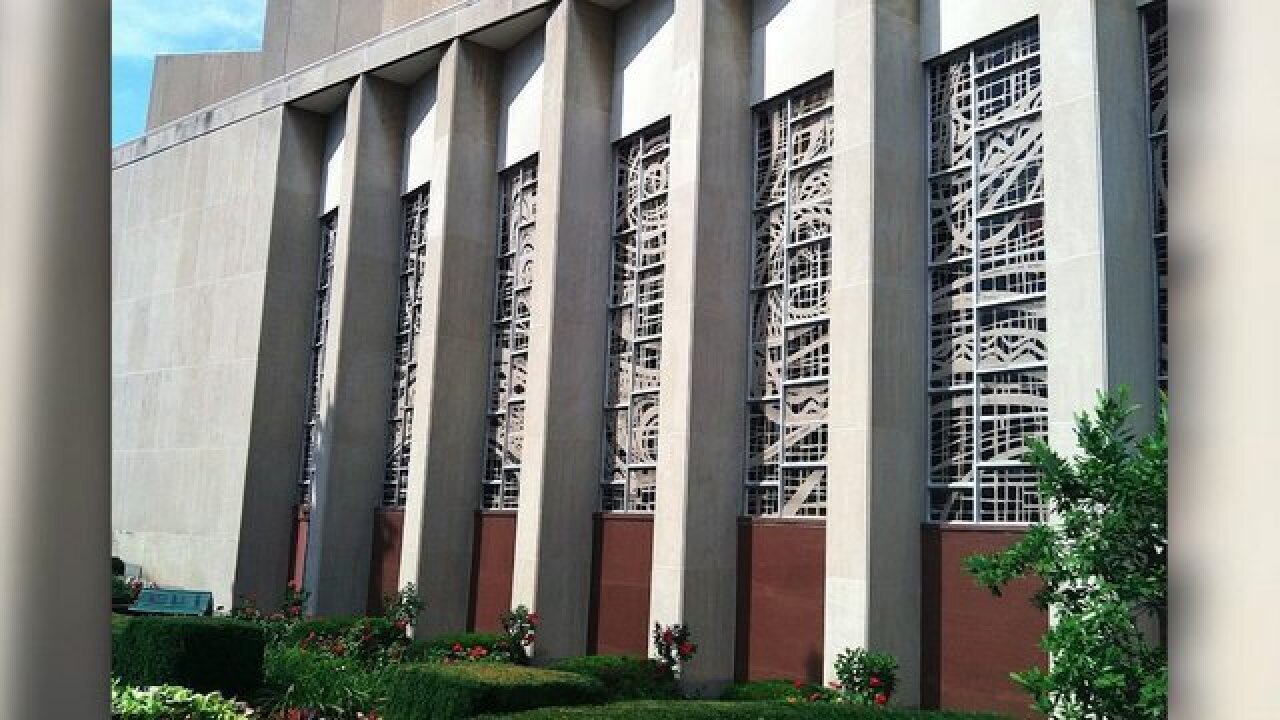 Copyright 2018 Scripps Media, Inc. All rights reserved. This material may not be published, broadcast, rewritten, or redistributed.
&lt;p&gt;Authorities responded to a shooting Saturday morning near the Tree of Life synagogue in Pittsburgh, according to Allegheny County Sheriff's Deputy Kevin Kraus.&lt;/p&gt;

A total of 11 people were killed and six others were injured in a shooting at a Pittsburgh synagogue. After the news of the attack broke on Saturday, several state and city officials took to social media to offer condolences.

Congressman and candidate for U.S. Senate Marsha Blackburn responded by thanking the police and condemning the anti-Semitic attack:

"My heart breaks for the families who lost loved ones during the horrific events at the Tree of Life Synagogue. Thank you to law enforcement who acted quickly to apprehend the shooter. These anti-Semitic acts of evil have no place in society & I am praying for all those affected."

"Seeing the reports coming out of Pittsburgh is heartbreaking particularly because it seems to be happening more and more. At a prayer breakfast in Memphis this morning, I was reminded once again how important it is for us to come together and focus on what unites us rather than what divides us. There is no room for hatred in this country. We are better than this."

Former Nashville mayor and candidate for governor Karl Dean called the act senseless and offered up his prayers to those impacted.

"Praying for those affected by the tragedy in Pittsburgh and grateful for the first responders who put their lives on the line. Senseless gun violence anywhere is heartbreaking, but we should not have
to worry about our safety at a place of worship."

Businessman and gubernatorial candidate Bill Lee also offered up his prayers for the Pittsburgh community.

"Our deep felt prayers go out to the victims and their families of this tragedy in Pittsburgh. We mourn when we see such terrible acts of evil, and we’re praying for healing, not only for this community, but for our nation."

"What happened in Pittsburgh today is an attack on the Jewish people and all people of faith. We cannot tolerate this as a society. Nashville sends our full support to Pittsburgh and especially to the loved ones of those killed or injured. We stand with you. Here at home, please know that we are taking every measure to keep all residents safe."

“I extend my sympathies to all of the Tree of Life victims, their families and the first responders wounded by an anti-Semitic maniac in this horrific crime. President Trump’s statements today, suggesting that if there were armed guards inside the synagogue they may have been able to stop the shooter, is NRA-driven and sophomoric logic. We need a president who protects all Americans from enemies both foreign and domestic.  President Trump must put America first and stop the anti-George Soros and anti-Globalist (code for ‘Jewish,’ for many) rhetoric. Trump must also stop encouraging and advocating violence.”

Nashville's Muslim community voiced its solidarity with the Jewish community in Pittsburgh and across the country.

"The American Muslim Advisory Council is both shocked and saddened by today's news of the horrific shooting at the Tree of Life Synagogue in Pittsburgh, PA. We send our condolences to the families of the victims who were murdered and pray for a quick recovery to those who were injured including the police officers. We thank our law enforcement for their sacrifice and stand in solidarity with the Jewish community as we see a rise in anti-Semitic rhetoric across the nation.
Unfortunately, the political climate in American today has emboldened right winged, white supremacist individuals and groups. Marginalized groups of all backgrounds, including African Americans, Muslims, immigrants, and LGBTQ are facing an increase in discrimination and hate crimes. Just this past Wednesday, two African Americans were murdered in Kentucky in what is being investigated as a hate crime. AMAC calls on all elected officials and people of conscious to actively build bridges across communities and work towards greater understanding of people of different background.
"Everyone has a responsibility to create a more inclusive society and challenge hateful rhetoric," said Sabina Mohyuddin, Program Manager for AMAC. " The safety and well-being of our community depend on it."