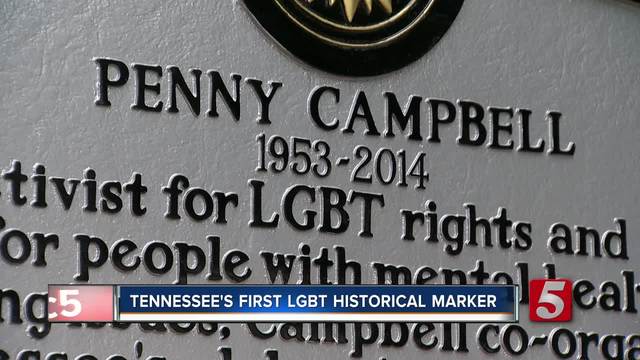 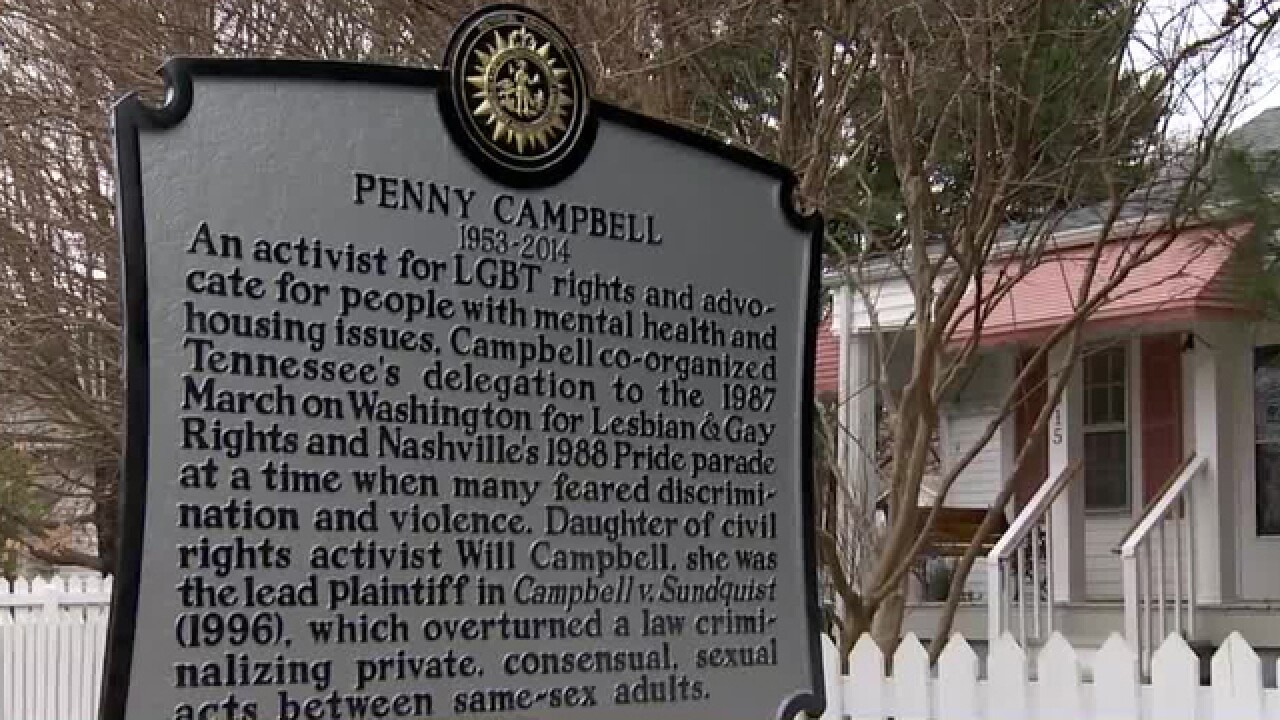 An LGBT activist was honored with a historical marker in East Nashville.

The marker was placed in front of her former home.

Campbell took her beliefs for equal rights for the LGBT community to the Tennessee Supreme Court.

"Penny was one of those people who were willing to say to Nashville that she was a lesbian and she was willing to be named and identified as such, and she was proud of it. That's what changed minds and brought us to where we are today," said Dr. Pippa Holloway, Professor of History at Middle Tennessee State University.

If you'd like to see the marker for yourself, you can find it in the 1600 block of McEwen Avenue.