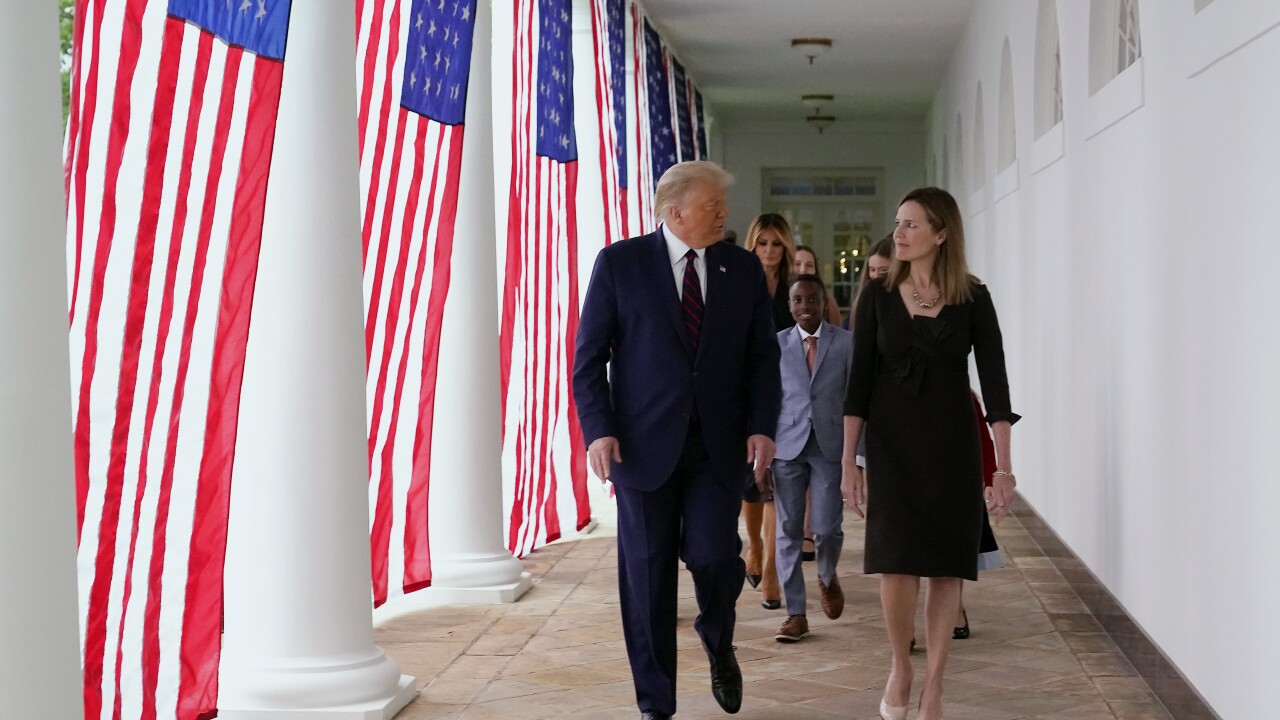 Saturday the president announced Amy Coney Barrett as his nominee to fill the seat left vacant after the death of Justice Ruth Bader Ginsburg.

The Senate Judiciary Committee will hold confirmation hearings, expected to begin the week of October 12. Upon committee approval, the nomination would move forward to the full Senate for a vote.

"I have voted to confirm Justices Roberts, Alito, Sotomayor, Gorsuch and Kavanaugh based upon their intelligence, character and temperament. I will apply the same standard when I consider Judge Barrett's nomination to replace Justice Ginsburg."
--Sen. Lamar Alexander

Alexander voted in support of Barrett when she was confirmed by the Senate to the Seventh Circuit of the U.S. Court of Appeals in 2017.

“Amy Coney Barrett is a respected constitutionalist and an excellent nominee to the U.S. Supreme Court. Much like her mentor, the late Justice Antonin Scalia, she will be a textualist and originalist devoted to upholding the rule of law. She is a jurist we can trust to safeguard our religious liberties at a time when these freedoms are increasingly under attack.

Americans saw firsthand Judge Barrett’s commitment to her values and principles during her confirmation hearing for the U.S Court of Appeals for the 7th Circuit in 2017. Since taking the bench, she has authored nearly 100 opinions.

Beyond her experience on the bench, Judge Barrett is a mother of seven with an impressive legal career. After graduating from Rhodes College in Memphis, Tennessee, she received her law degree from Notre Dame Law School, where she is now a professor.

I look forward to hearing her testimony before the Senate Judiciary Committee in the coming weeks.”
--Sen. Marsha Blackburn