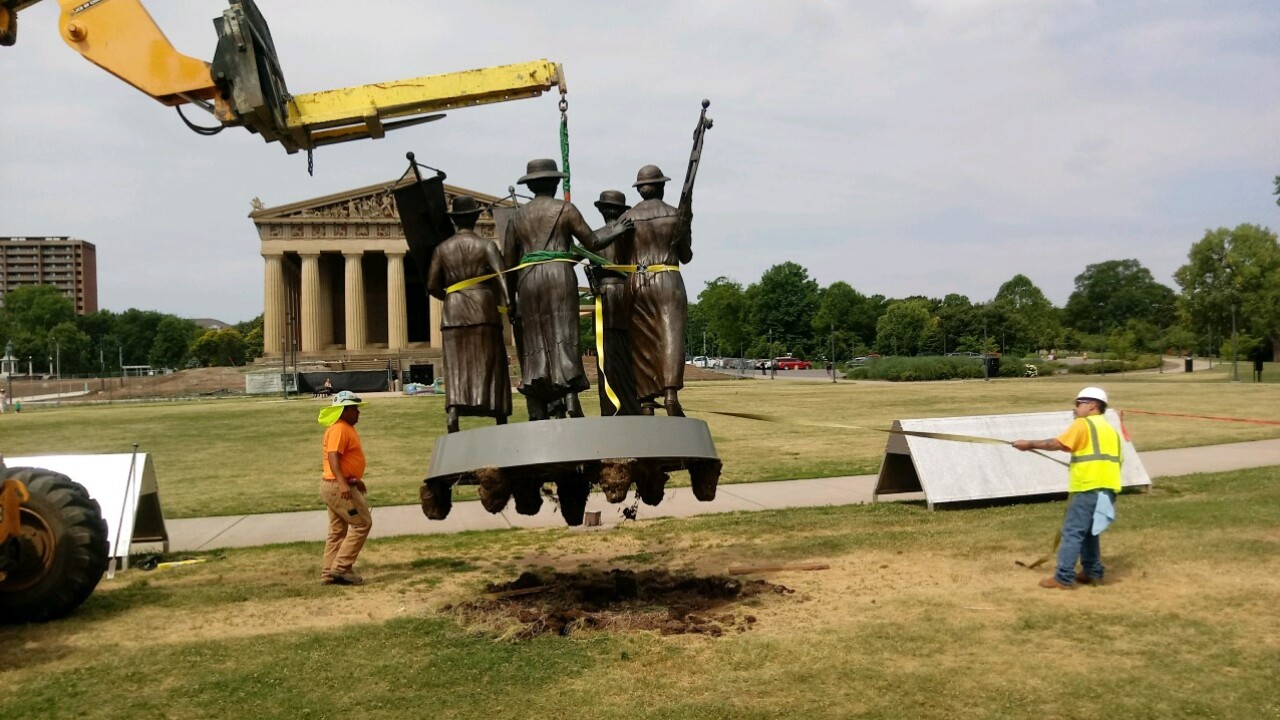 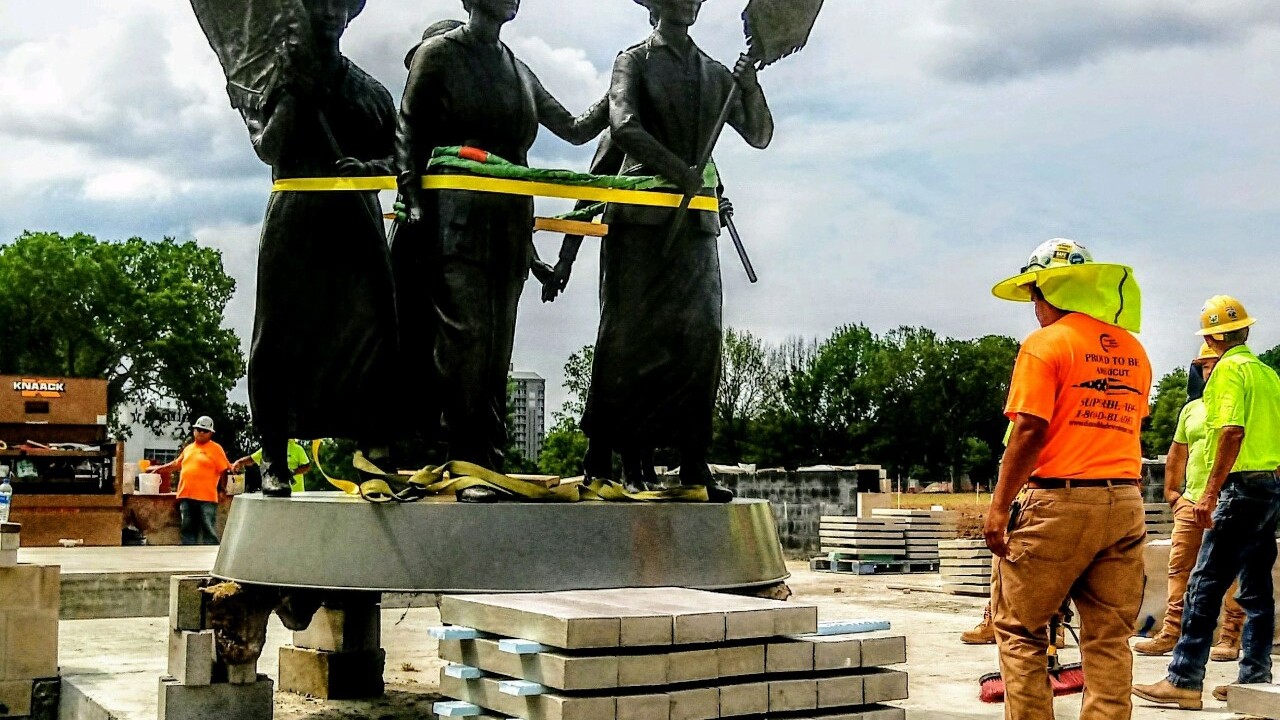 On Thursday, the monument was moved from its temporary location in the park to its permanent spot next to the Parthenon.

The move was overseen by the artist, Alan LeQuire, and will be completed Friday.

The monument features the first three ladies, Carrie Chapman Catt, Anne Dallas Dudley and Frankie Pierce will be placed on the Great Lawn plaza first and the last two ladies, Sue Shelton White and Abby Crawford Milton will be placed behind them.

The Tennessee Woman Suffrage Monument Board, established in 2012, initiated the plan and raised private funds to commission the Monument memorializing the Tennessee Suffragists who played such a vital role in 1920 for all women to gain the right to vote.

The board gifted the Monument to Metro Government in August 2019 .

On August 18, 1920, Tennessee was the 36th state needed to ratify the 19th Amendment of the Constitution that made it possible for all women to vote. It passed the Tennessee General Assembly by just one vote.