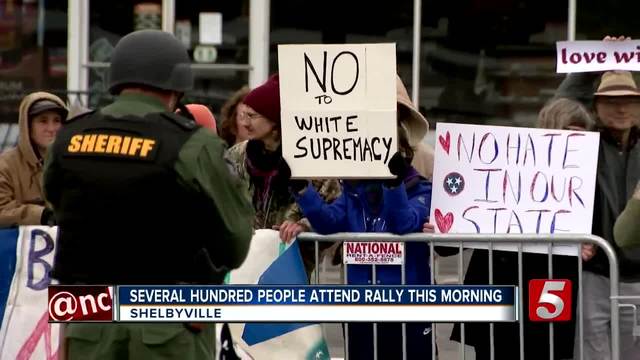 Tensions were high in Shelbyville Saturday morning, with law enforcement in place early in anticipation of competing protests that made their way into the city. 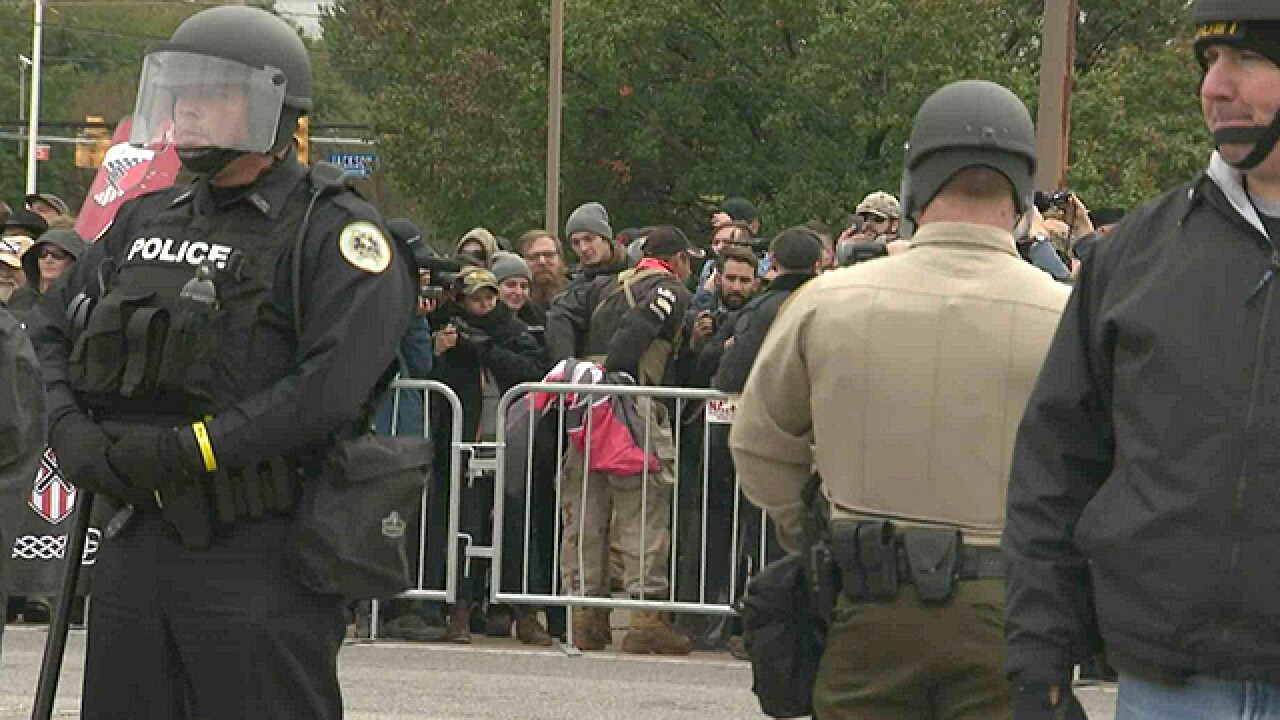 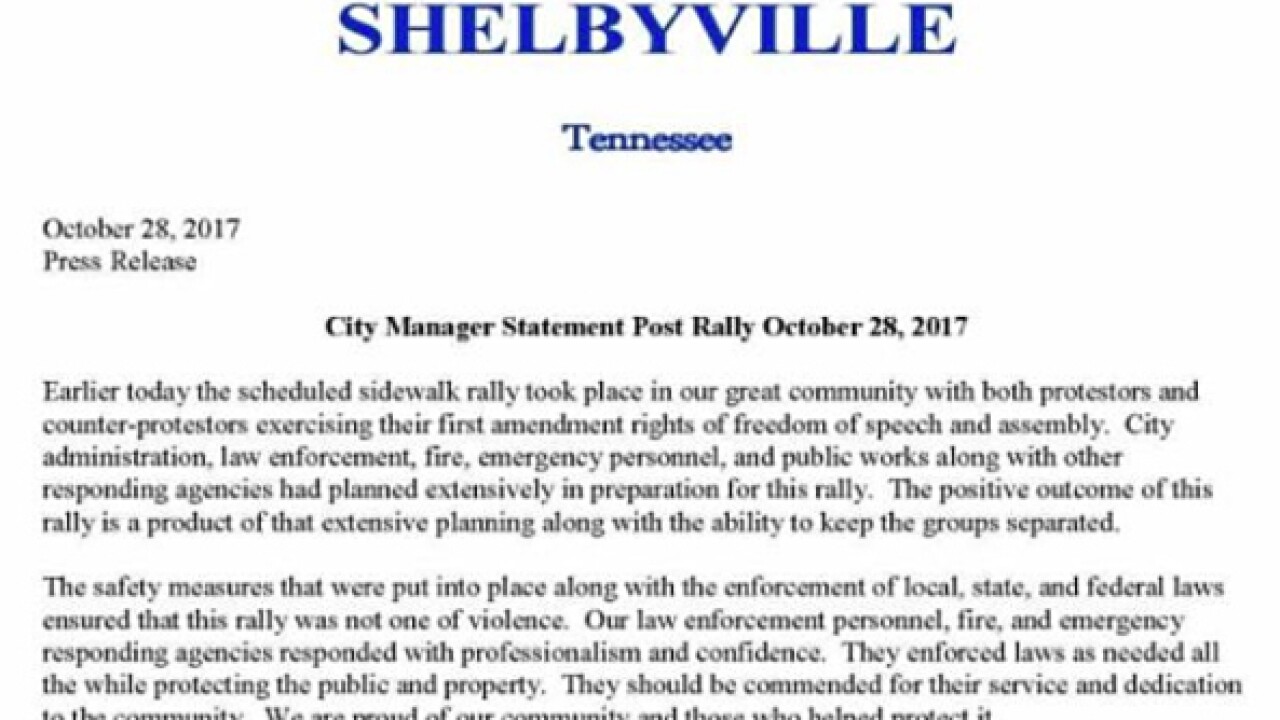 Tensions were high in Shelbyville Saturday morning, with law enforcement in place early in anticipation of competing protests that made their way into the city.

Ultimately, though there was shouting, hand gestures and insults hurled from one sidewalk to another, there was no violence. By 1 p.m., the permit for the protests expired, and the two groups made their way elsewhere.

One male was taken into custody and charged with disorderly conduct after leaping the barriers on the counter-protest side and advancing toward the self-proclaimed White Lives Matter group.

Officials quickly took the man into custody without incident. It has been reported he was only in custody for a couple of hours.

Thank you to our local and state public safety officials, and to all who spent today protecting the cities of Shelbyville and Murfreesboro.

The small Bedford County seat joined Murfreesboro to become the center of a racial divide sweeping across the country as white nationalists and counter protestors clash in ideals.

Many from both sides were expected to relocate to Murfreesboro for additional rallies to be held from 1:30 p.m. until 4 p.m. City leaders decided to place both groups at different parts of town, one in the public square downtown. However, Saturday afternoon, the group behind the rally canceled in Murfreesboro, while many were still making their way through security there at the square.

The main group behind the rallies, the League of the South, was among those that marched in the August 2017 protest in Charlottesville, Virginia that turned violent.

Road closures began at 4:00 a.m. Saturday in Shelbyville. The protests were set to happen on the sidewalk near Lane Parkway and North Cannon Boulevard, near the Big Springs shopping center.

Things got underway in Shelbyville around 10 a.m. At that time, dozens of counter-protestors were in place, looking across a four-lane road and less than 10 White Lives Matter protestors.

Dozens more were still working their way through two security check-points down the street. No weapons or masks were allowed.

Several White Lives Matter protestors were seen carrying riot shields, but it was not clear if they were being allowed at the designated protest location.

There was a heavy law enforcement presence in the city, with multiple agencies called in to assist. Helicopters, K-9 units and even police snipers were at the ready if the protests turned violent.

Many local residents were disappointed the League of the South planned to bring people from outside the area into the Pencil City.

Faith leaders from across the city came together Friday afternoon to host a community prayer service at First United Methodist Church. Around 80 people gathered to pray for the community, police, and for those who planned to rally.

Counter protests were planned for both the Shelbyville and Murfreesboro rallies, but city leaders, police, and faith leaders asked people to stay away and err on the side of caution.

Officials in Shelbyville released the following statement following the rally: 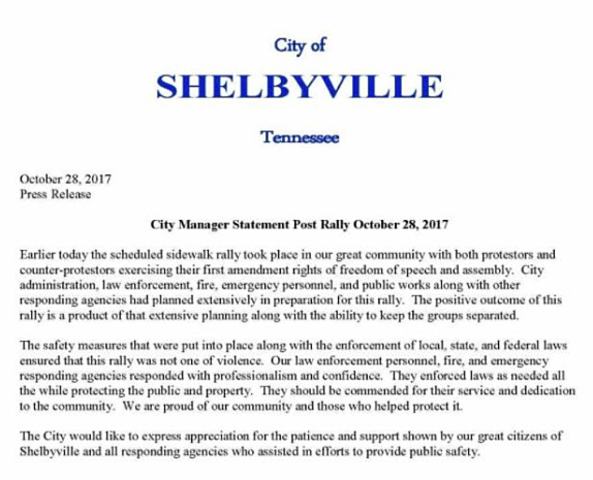