Texts Between Teachers, Students Can Lead To Trouble In Classrooms 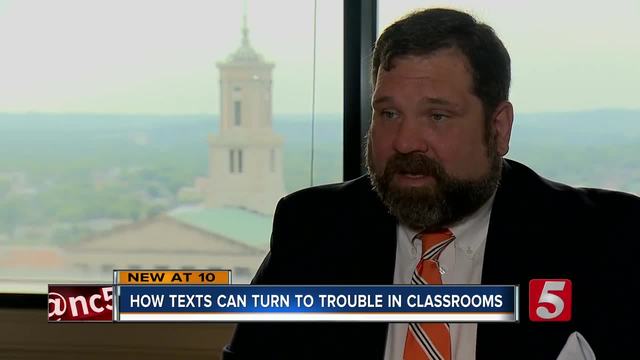 Local attorney Samuel Jackson represents several school districts across the state. Every year he's involved in cases surrounding inappropriate texts and social media conversations between a student and their teacher.

Local attorney Samuel Jackson represents several school districts across the state. Every year he's involved in cases surrounding inappropriate texts and social media conversations between a student and their teacher.

“The vast majority, 99.9 percent of teachers are out there to do good things for the children. Sometimes that’s not the case,” Jackson said.

In most cases Jackson believes teachers simply want to connect with students in a way they like to communicate, via text messages and, or social media. However, things can take a turn for the worse. “What I see in my practice is that often happens and sometimes children don’t share that with anyone else,” Jackson explained.

As for teachers, “you never need to be having a text communication with a student directly and that be the only student that you’re having a conversation with,” Jackson said.

He said group chats between teachers and their students should hide everyone's numbers and parents should also do their part in monitoring their children's phones and apps. Be aware there are ghost apps meant to hide social ones in plain site.

“The problem with it is the technology is outpacing all of us,” Jackson explained. So, as teachers and students head back to school, “be very careful with what you say,” said Jackson.