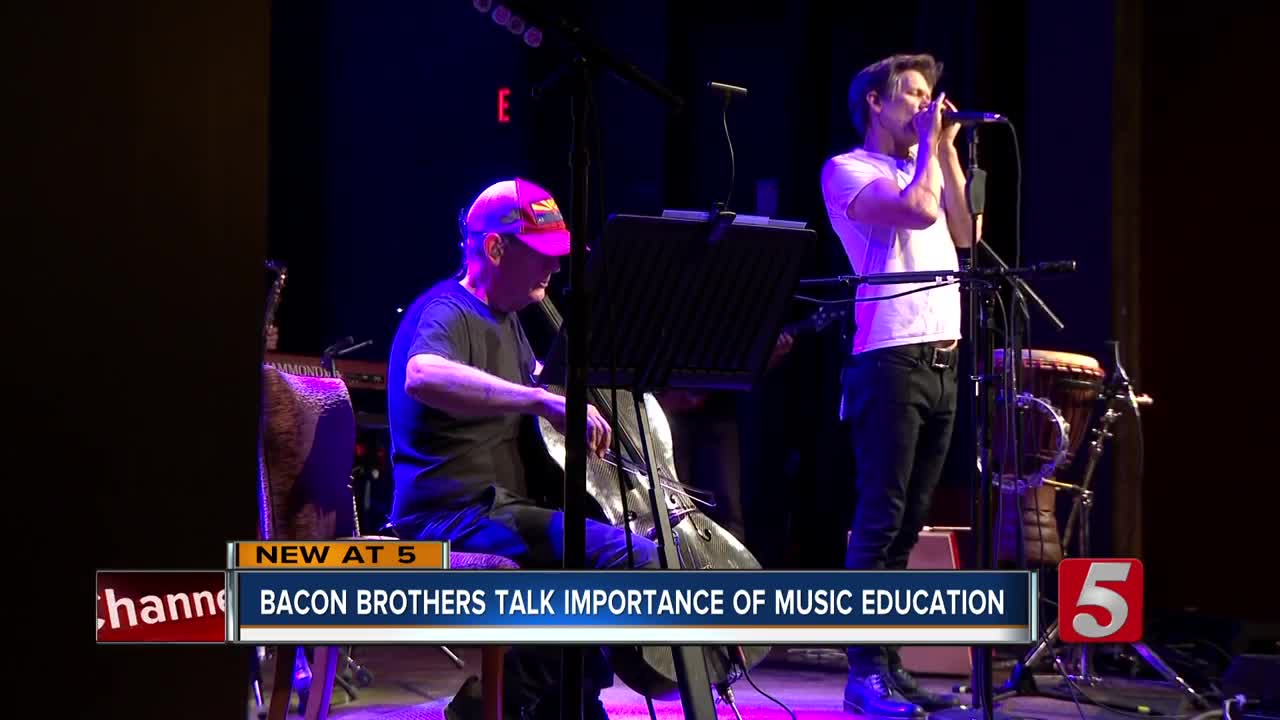 The Bacon Brothers, comprised of Michael and Kevin Bacon, spoke with Nashville-area students selected by the Grammy Music Education Coalition in Franklin on Thursday about music education and how they got to where they are today. 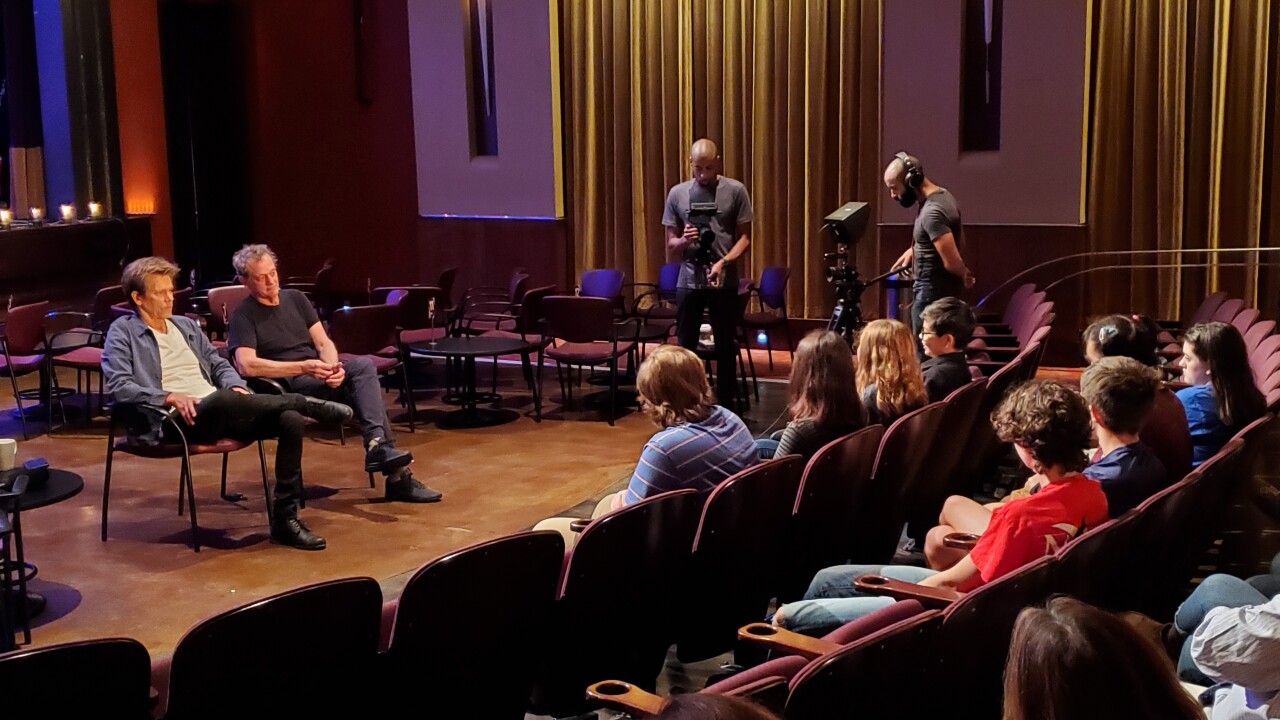 FRANKLIN, Tenn. (WTVF) — Michael and Kevin Bacon, known as "The Bacon Brothers" for their music, played the Franklin Theatre last week and took time to talk to local high school students about music education following one of their sound checks.

“When I started to try to play, I found it was hard and it hurt my fingers, so I decided to act, because I thought that would be easier," Kevin Bacon joked with the students during the question and answer session.

The opportunity was made possible by the Grammy Music Education Coalition, which has the goal of giving access to music in school every day to every student in the United States.

The students were from three Nashville-area schools, and about a dozen students in total were able to watch The Bacon Brothers during their sound check and chat with the duo.

The Bacon Brothers are experts in two different fields. Kevin Bacon is a well-known actor, while Michael Bacon is a trained musician who teaches at the college level, but they both got their starts in music at an early age. “Every kid got a instrument, every kid got a teacher," Michael Bacon explained of their musical upbringing in Philadelphia schools.

Kevin said he was inspired by his older brother to be a musician, but found his way to acting instead. Still, he played music growing up and has continued to throughout his life.

“I think it’s really important to get music into a kid’s life, and I think sometimes it’s a little bit challenging," Kevin Bacon explained. "It does take work, it does take practice, and you know, sometimes, kids kind of veer away from it."

All of the students in attendance are passionate about music, and they all participate in their school's music education programs.

The Bacon Brothers said they were happy and encouraged to see so many young people passionate about music, and said they hope that passion and opportunity can be spread to others.

“If you don’t give people that opportunity to explore music, they’re missing out on something. And to me, it’s not about making professional musicians, it’s about making people who are happier and better suited to deal with the problems of the world," Michael Bacon said.

The students in attendance said that being able to watch The Bacon Brothers sound check and getting the opportunity to ask them questions and learn from them was motivating.

“It makes us really want to do it more," Gabriela Richter, a student at Hillwood High School, said of the motivation, both from The Bacon Brothers, as well as teachers and parents in general. "I feel that a lot of people feel the same way, where if people are supporting you, you want to do more of it, because it makes you feel important.”

Kenny Bedgood, a fellow student at Hillwood High School, agreed. “To see other people be like, ‘You can do this, go for it, live your dreams!’ It’s like, ‘Oh! Maybe I do have a chance in this atmosphere, in this world to be doing this.’”

The Grammy Music Education Coalition is working to raise and invest $5 million to support increased participation in music in local schools, and works to bring students into unique situations where they can learn, such as sitting in on a sound check and having a question and answer session with various artists.