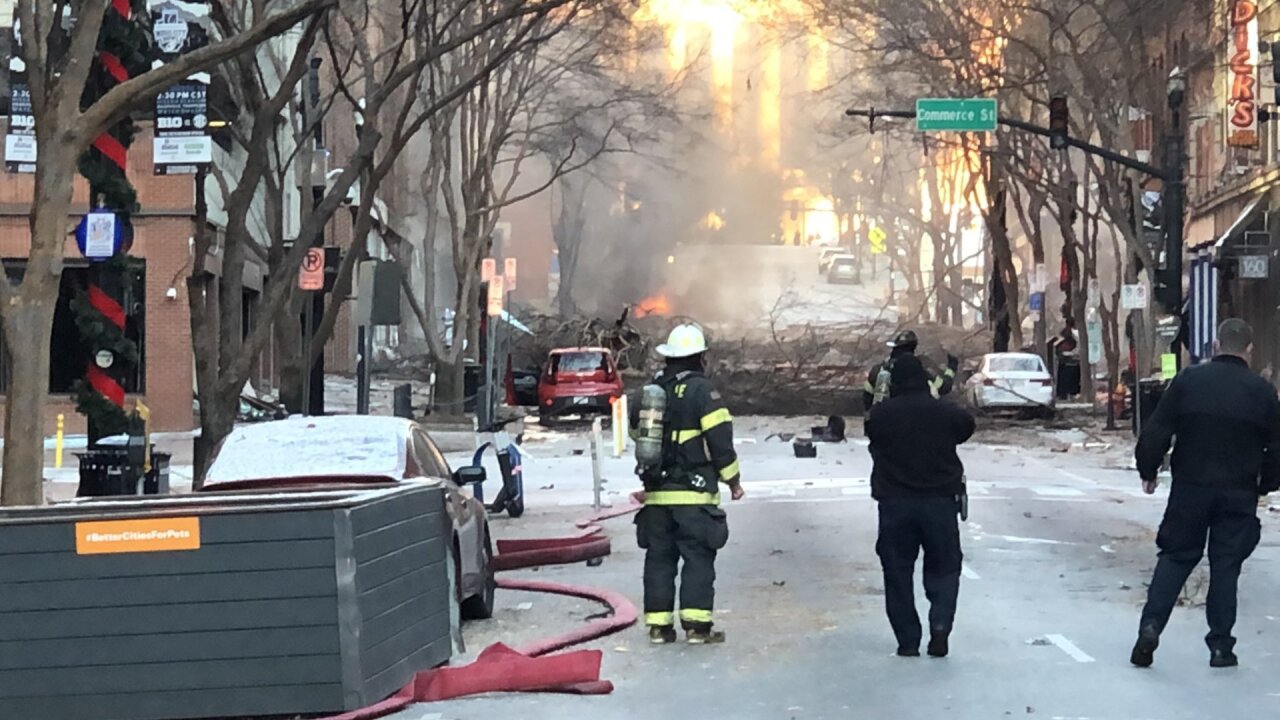 Just four days after the blast, crews are still working to assess the damage.

Metro councilman Freddie O'Connell, who represents the area that was damaged in the explosion, said three buildings beyond the blast site have been declared structurally unsafe.

O'Connell said the building at 144 Second Avenue N. was classified as unsafe due to the possibility of falling glass.

144 was classified unsafe due to the possibility of falling glass. They did not prohibit use or occupancy of this building, which can be safely accessed from the rear entrance off of 1st.

On Tuesday afternoon, a small group of business and property owners were escorted into the area. Metro police said it could be several more days before additional residents and business owners can return.

Metro Public Works crews have been placing barricades and fencing and sweeping the streets along the perimeter of the restricted area of Second Avenue from Broadway to Union. Public Works is not able to begin cleaning up the area until it is released by federal authorities.

More than 200 FBI agents have been in Nashville working to recover evidence from the scene. As of Tuesday evening, nearly half of the original crime scene has been returned to the city for clean-up and safety assessments, officials said.

Nashville Fire Department tower trucks are being used to access rooftops to help locate debris from the explosion as part of the investigation.

The FBI is hoping to complete work at the crime scene by Friday.

The Office of Emergency Management is providing tarps and other building supplies such as plywood for business and property wonders to help secure their property. OEM said these supplies are at First Avenue and Broadway.

Officials say another serious concern is the clay sewer pipes that date back to 1903 found in parts of Second Avenue.

Metro councilman Bob Mendes said council members were told there are serious concerns about the clay pipes that have failed due to the blast, however the extent of the damage is not known at this time.

Mendes said council members were warned if anticipated damage is found, it may require significant replacement.

Metro Water Service said crews have not been able to inspect sewer and stormwater infrastructure in the area yet, however, at this time officials do not believe there was any damage to the public water system.