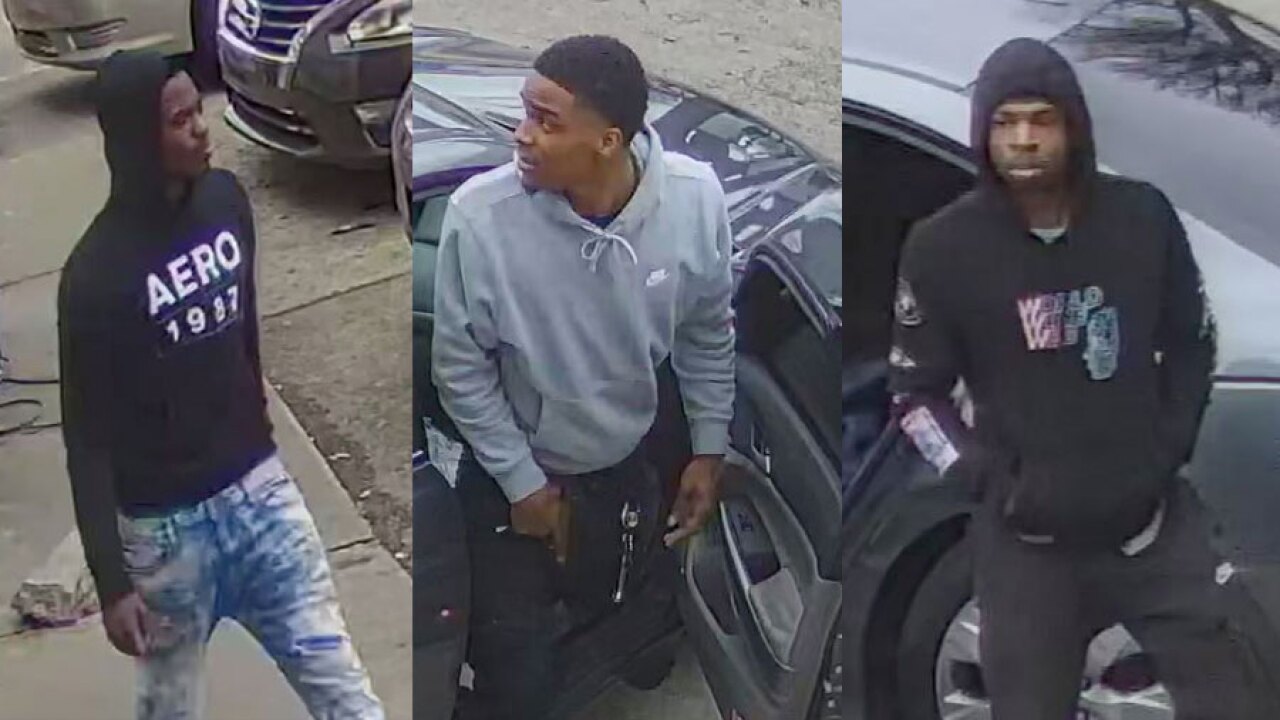 Metro Nashville Police Department
Metro police have asked the public’s help in identifying three men in connection with a shooting outside a Nashville gas station.

NASHVILLE, Tenn. (WTVF) — Metro police have asked the public’s help in identifying three suspects in connection with a shooting outside of an Antioch gas station.

The shooting happened at 11:45 a.m. Friday outside a gas station/market at 2723 Murfreesboro Pike.

Witnesses told police that the three men were in a grey Honda Accord in the parking lot when another man came out of the market and began to drive off in a white Saturn Vue. Police said shots were fired toward him from the Honda Accord.

A bystander, who was in her vehicle in the gas station parking lot, was struck in the foot. She was treated for minor injuries.

Police said the Honda Accord was reported stolen in LaVergne. It has not yet been recovered. Anyone who recognizes the suspects was asked to call Crime Stoppers at 615-742-7463.