Three-vehicle crash in Murfreesboro claims one life on Christmas Eve 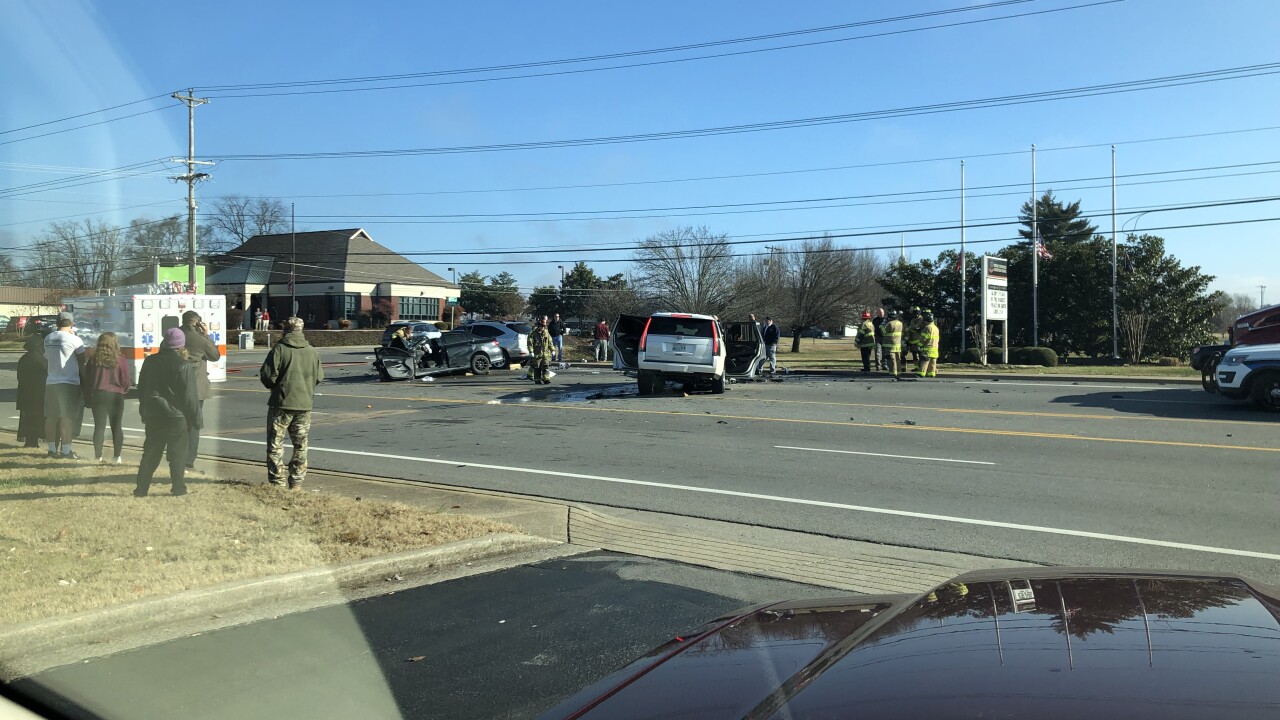 MURFREESBORO, Tenn. (WTVF) — One person has died due to injuries sustained in a three-vehicle crash on Memorial Blvd. on Christmas Eve.

Damion Hart, 46, of Murfreesboro passed away today after his vehicle crossed into the northbound lanes colliding with two northbound vehicles.

Hart was trapped in his vehicle until removed by Fire Rescue. He was then transported to St. Thomas Rutherford Hospital where he later died of his injuries.

The passengers in the other cars, Jennifer E. Deason and her child passenger and Ashlyn Hare and her two child passengers were all wearing their seatbelts and sustained non-life threatening injuries.