A thunderstorm passed over Middle Tennessee Wednesday bring dozens of power lines and trees down.

Severe storms moved through Middle Tennessee, and brought down trees and power lines down, causing damage and cutting power to several homes and businesses.

At the peak of the outages, Nashville Electric Service reported nearly 17,600 customers were without power and the Cumberland Electric Membership Corporation reported a total of more than 5,700 experienced outages.

One woman was trapped on the second floor of her duplex on the 1300 block of Pierce Road in Madison due to a tree falling on the staircase and bringing power lines down.

Firefighters were able to rescue her and her two pets from the apartment. She was not injured.

"She’s afraid of heights, so it took them a little while to get her down the ladder," said Steve Holcomb, the woman's husband.  "She’s okay now."

Only one building at the complex was impacted.  NES shut off power to the building, so the four families inside had to find another place to spend the night.  NES crews will return Thursday to finish cleaning up the area and restoring power.

The storms also caused a fire and power outage at Kindred Hospital in North Nashville.  A spokesperson for the Nashville Fire Department said during the storm, tree branches fell and knocked out power.  This caused a chain reaction of events that included a TV inside catching on fire and a transformer behind the building to blow out and knock out power.  No patients had to be evacuated.  Fans and generators were brought in to keep people cool.

The Nashville Fire Department had dozens of power line-related and downed tree calls in the city shortly after the storm. Including the Opry Mills and Green Hills area, where an outage was reported at both malls.

At least 62 fire department incidents going on right now, according to dispatch records. Most are power line related.

Scaffolding of a large water tower in West Nashville in the Nations was brought down by strong winds. The scaffolding was estimated to reach about 3 stories tall. Dispatch said one person was injured when the massive frame and crane fell. That person was taken to Vanderbilt University Medical Center.

The tank has been under construction for at least a month, and the destruction will more than likely force Metro Water Services will have to reevaluate. 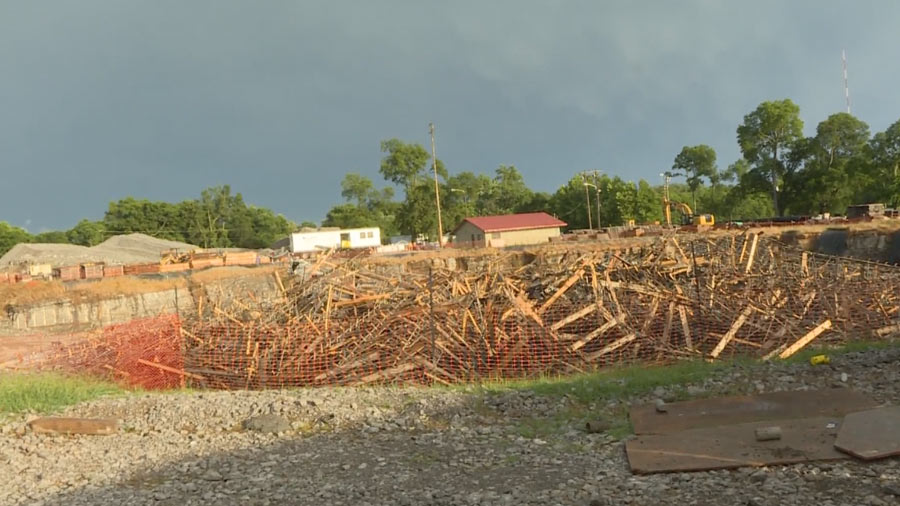 The roof off of a Cash and Loan building in Gallatin was also blown off. Jon Fowler sent NewsChannel 5 this picture. 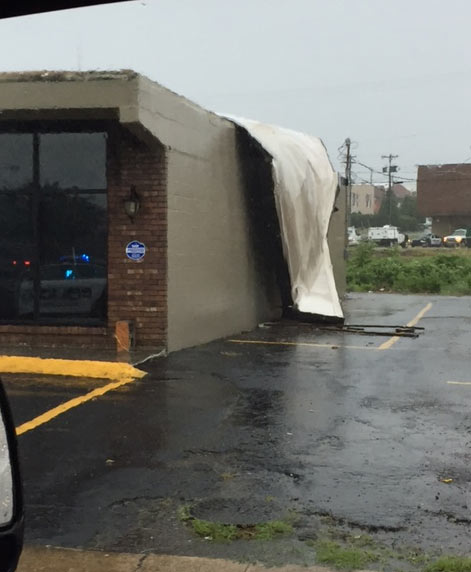 West Division Street at the 3000 block in Mt. Juliet was blocked by a tree in the roadway for a short time, and several trees were brought down in Hendersonville.

NES officials reminded customers to report outages by calling 615-234-0000, text "OUT" to NESPWR (if mobile phone is registered) or log into their NES online acount.