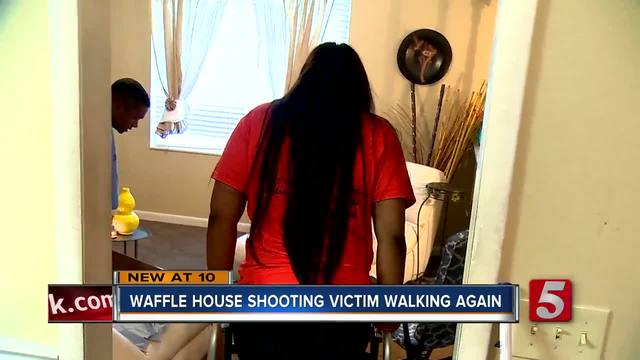 Tia Waggoner, 22, who survived the deadly Waffle House shooting is learning to walk again since being shot in her leg. 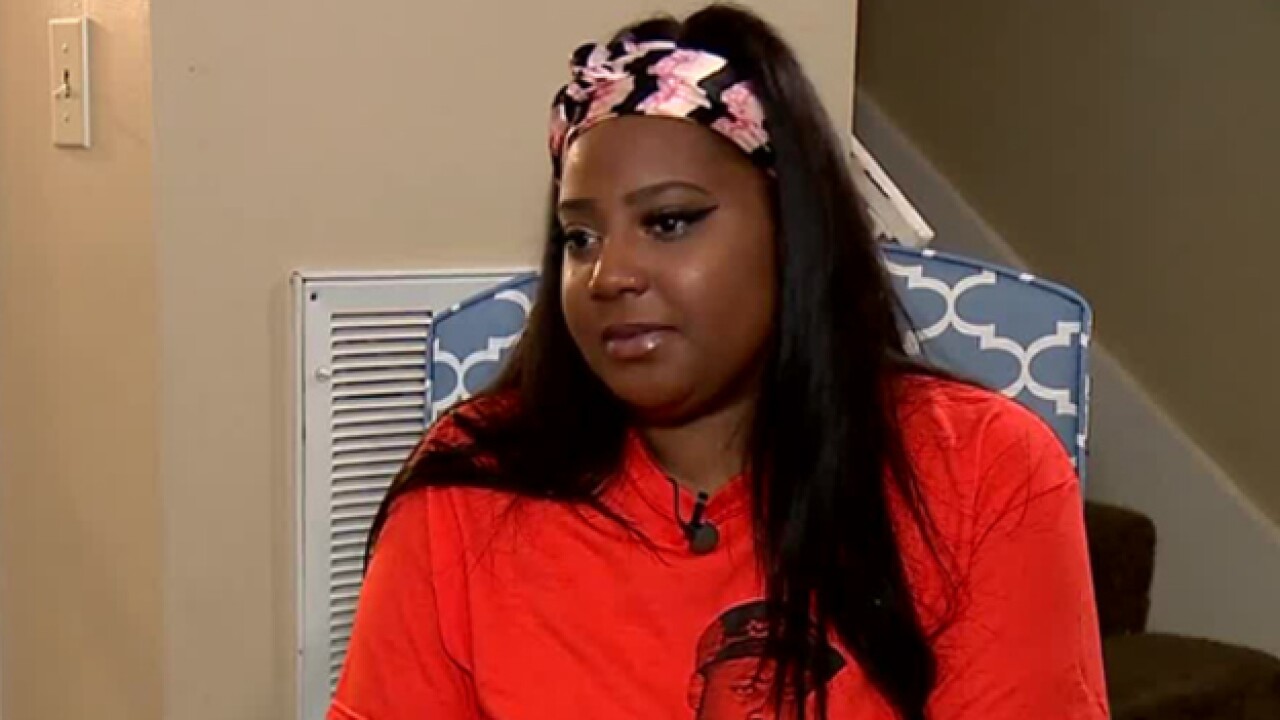 Tia Waggoner, 22, who survived the deadly Waffle House shooting is learning to walk again since being shot in her leg.

At the time, doctors didn't think they could save her leg or if she would ever walk again – but she proved them wrong.

"I have a metal rod in my leg and screws and basically I lost all function in the bottom so being able to lift my foot up and down I can no longer do that," she said.

Waggoner began taking her first steps again with a walker in August.

"You think I would be excited but I wasn’t because when I started learning how to walk I had just had knee surgery three weeks prior. So I was still in a lot of pain. I was fighting against 'do I want to be in pain or do I want to walk again,'" she explained.

Waggoner said the physical pain is bearable some days but it's not as easy overcoming the mental impact.

"Most of the time if I am in physical therapy I’m not doing good emotionally. So it’s hard for me to get that motivation to want to get better physically when I’m still suffering on the mental side," she said.

She said she gets her motivation to push through the pain from Akilah Dasilva - her boyfriend killed in the shooting. Dasilva, an artist, sang about anti-gun violence.

"Sometimes if I’m in physical therapy I’ll play his music and just push through it just listening to his music," she said.

She hopes her road to recovery encourages others. She said Dasilva wouldn't want her to give up.

"I know if anyone close to him, something were to happen to them he would be pushing just as hard. I honestly don’t want anyone to feel the way I feel. There is people who didn’t wake up this morning. Who would love to spend one more day on this Earth and just to appreciate everything that you have," she said.

Dasilva's stage name was Natrix Dream. Since the shooting, Tia and his family are encouraging others to take a stand against gun violence. They started the Natrix Dream - Akilah Dasilva Foundation.