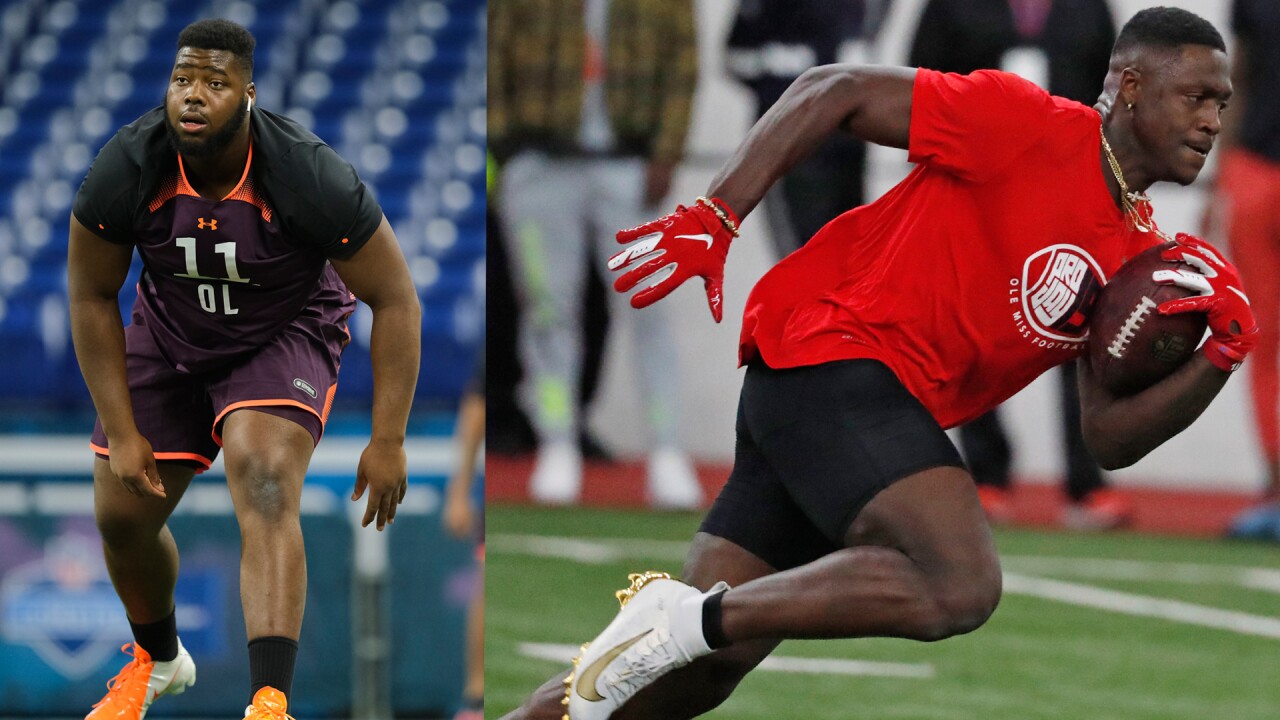 NASHVILLE, Tenn. (WTVF) — The Tennessee Titans must like football players who played college ball in Mississippi.

The Titans selected Ole Miss wide receiver A.J. Brown in the 2nd Round of the 2019 NFL Draft.

Tennessee selected Jeffery Simmons who played at rival Mississippi State in the 1st Round Thursday night.

Tennessee has focused on improving the wide receiver position in recent drafts.

The Titans drafted Corey Davis and Taywan Taylor within the first three rounds of the 2017 NFL Draft.

The pick was made by Titans' legend Eddie George. George made the pick wearing the late Steve McNair's jersey.

In the 3rd Round, the Titans selected guard Nate Davis from Charlotte.

The pick was made by Titans DT Jurrell Casey, along with several Metro Nashville Public Schools football players.