Titans not interested in "underdog" talk heading into Baltimore showdown 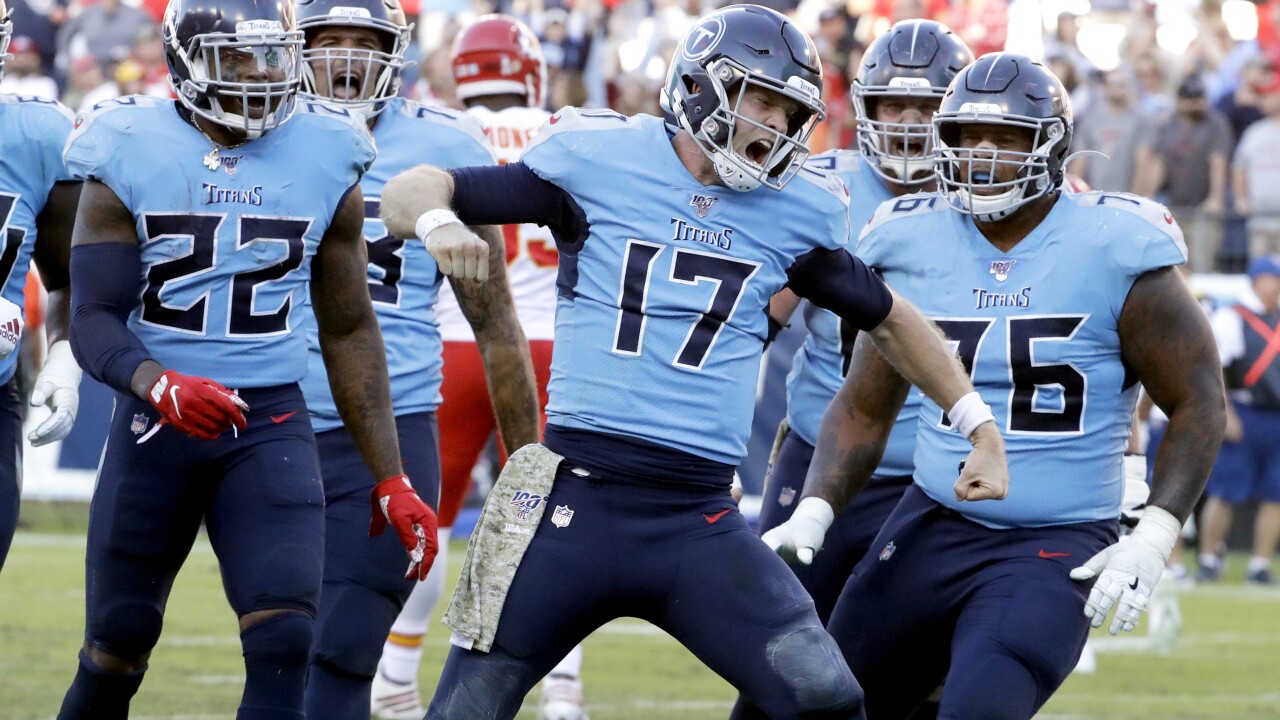 NASHVILLE, Tenn. (WTVF) — Playoffs are never supposed to be easy. Nobody is finding that out more than the Tennessee Titans.

As if going to Foxboro and ending the Patriots season wasn't enough, now comes the team with the best record in the NFL and their MVP favorite quarterback.

The team is the 14-2 Baltimore Ravens and the player is the dynamic Lamar Jackson.

No team scored more points this season or had more rushing yards than the Ravens and Titans head coach Mike Vrabel knows it.

"Lamar does a fantastic job he’s an unbelievable athlete," Vrabel said Tuesday, "It’s not fun to prepare for, but we’re excited. We’re excited for the challenge to continue to play football.”

Tennessee, who have undergone an offensive renaissance with quarterback Ryan Tannehill, will have to bring their best following a 14-point performance against New England.

While a shootout isn't a situation the Titans will look to be in at M&T Bank Stadium Saturday night, the veteran quarterback believes more points on the board will be required.

"We know we’re going against a talented offense and it’s going to take more points than we scored last week to win the game," Tannehill told reporters Tuesday, adding "Every week you’re looking to score more than 14 points."

As for playing the role of underdog, it's not something keeping these Titans up at night.

Veteran safety Kenny Vaccaro isn't concerned with who Vegas or the experts say is supposed to win the AFC Divisional playoff matchup. "We don’t even talk about it," Vaccaro said, "We don’t think ‘hey we’re going to prove the world, we just believe we’re going to win and we try to go out there and do it."

Possibly the best assessment Tuesday came from the man who has been a Titan his entire career. Four-time Pro-Bowl defensive end Jurrell Casey came up with his own creative name for this year's group.

"We understand what our role is in the NFL. We understand what it is, it's a dogfight every year for us and that’s the approach we’ve taken in every game. We’re the street rats of the NFL and that's how we look at it."

Kickoff from Baltimore is scheduled for 7:15 p.m. on NewsChannel5.