Titans owner helps fan in danger of being evicted 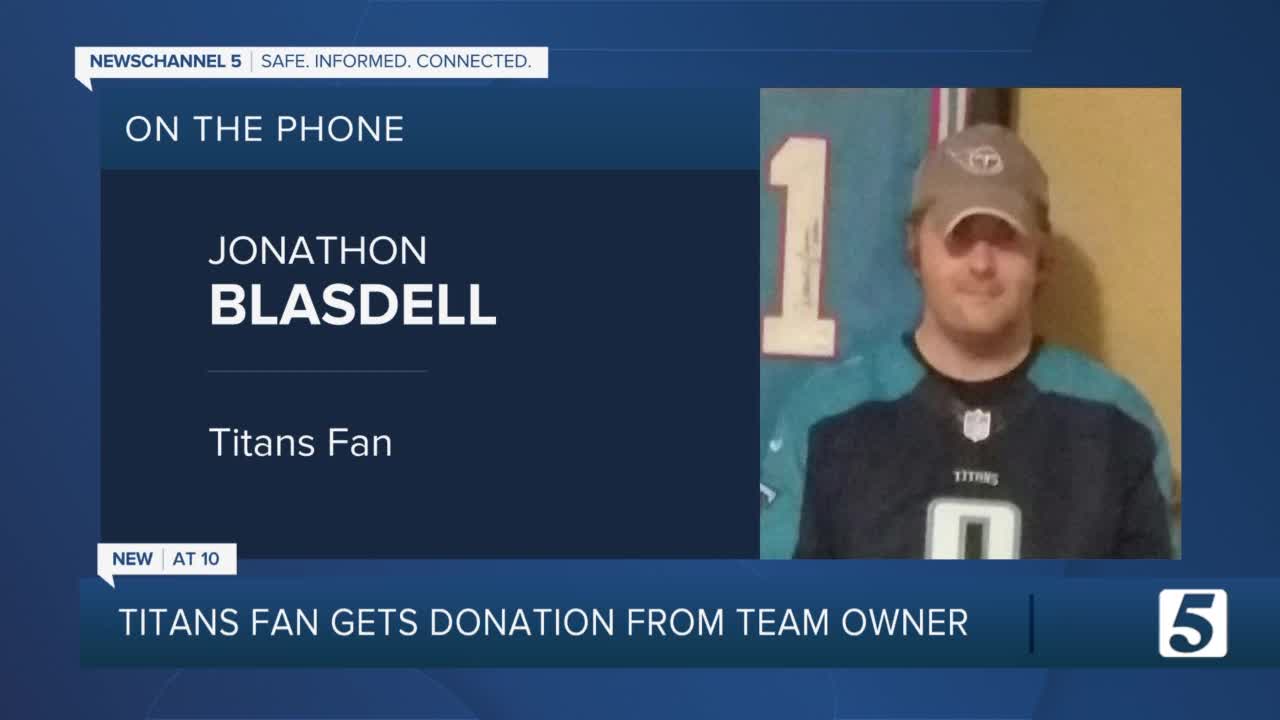 A lifelong Titans fan in danger of being evicted is in shock after receiving a $4,500 donation from the team's owner NASHVILLE, Tenn. (WTVF) — A lifelong Titans fan is still in shock after the team's owner donates $4,500 to help him and his family.

Jonathon Blasdell lost his job in March due to the COVID 19 pandemic and has been struggling to make ends meet ever since. He lives with his wife and three young children in Berea, Kentucky. He says he hasn't been eating or sleeping due to all the stress.

After being served with an eviction notice from his landlord, he decided to set up a Go Fund Me account in hopes of raising $5,000 to help keep a roof over his head.

Donations can be made to the Blasdell family here.

Over the weekend, a $4,500 donation was posted by Amy Strunk. A spokesperson for the Tennessee Titans confirmed it was from team controlling owner Amy Adams Strunk.

"It means everything," said Jonathon Blasdell. "It just shows the kind of person she is to reach out to a random fan who is having a hard time. It's unbelievable."

As word of the donation spread, other Titans fans have also been making donations to help Blasdell. Many are posting "Titan Up" along with their donation.

Blasdell said he has cheered for the Titans his entire life - even when he was living in Houston and the team was the Houston Oilers. He said the outpouring of support has been overwhelming, and it means even more coming from his favorite team.

"Every fan base says that their fan base is a family," said Blasdell. "I felt like our fan base was a family. I get people who reach out to me on bad days and I reach out to them. Everyone cares about each other genuinely."