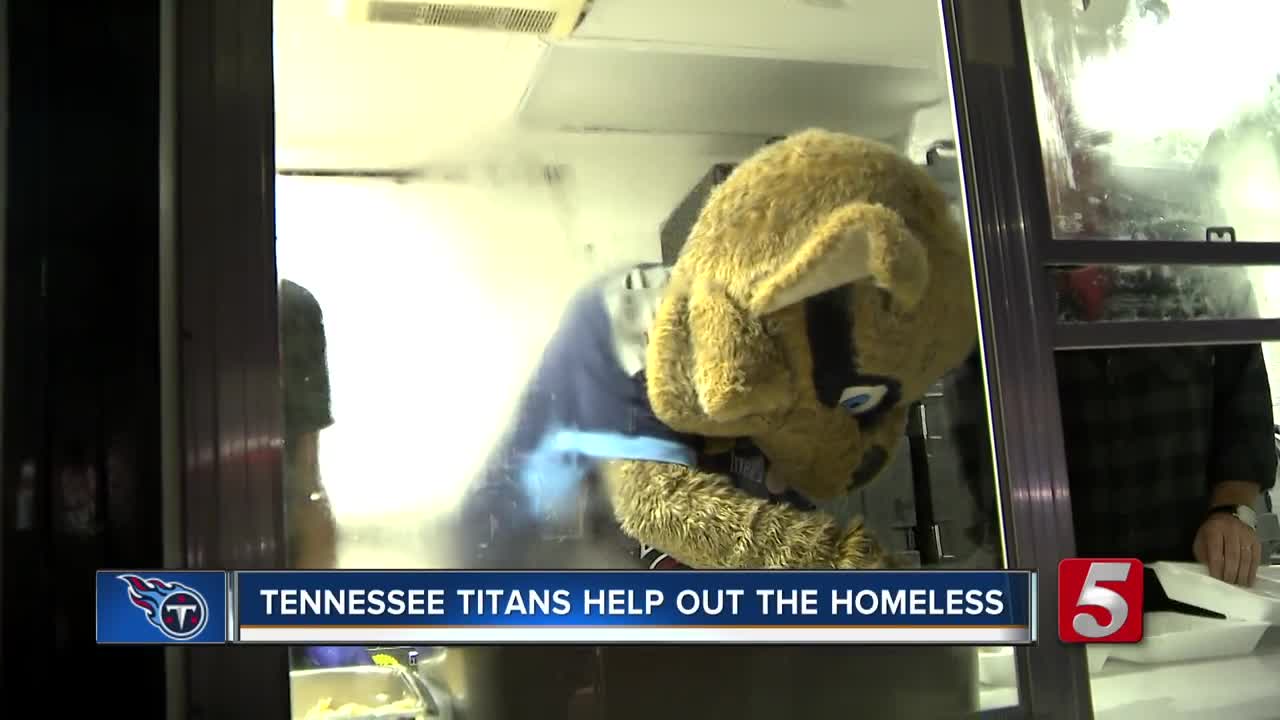 The Tennessee Titans also getting into the spirit of giving this holiday season. NASHVILLE, Tenn. (WTVF) — The Tennessee Titans are once again getting into the spirit of giving this holiday season.

Several players, coaches and staff met up Tuesday night to help feed the homeless. This is the sixth year the Titans have partnered with The Bridge Ministry for the event.

The team, along with volunteers from the community, handed out food, toiletries, clothes, and other essentials under the Jefferson Street bridge. Players said the event always gives them a sense of accomplishment.

"We've been doing this a long time, at least as long as I've been in Nashville, it's a really cool event,” kicker Ryan Succop said. “The faith aspect is really cool. Just trying to give everyone a good Thanksgiving meal. It’s a pretty cool deal.”

Head coach Mike Vrabel and quarterback Ryan Tannehill were also spotted in the crowd. The Titans take on the Indianapolis Colts this Sunday.