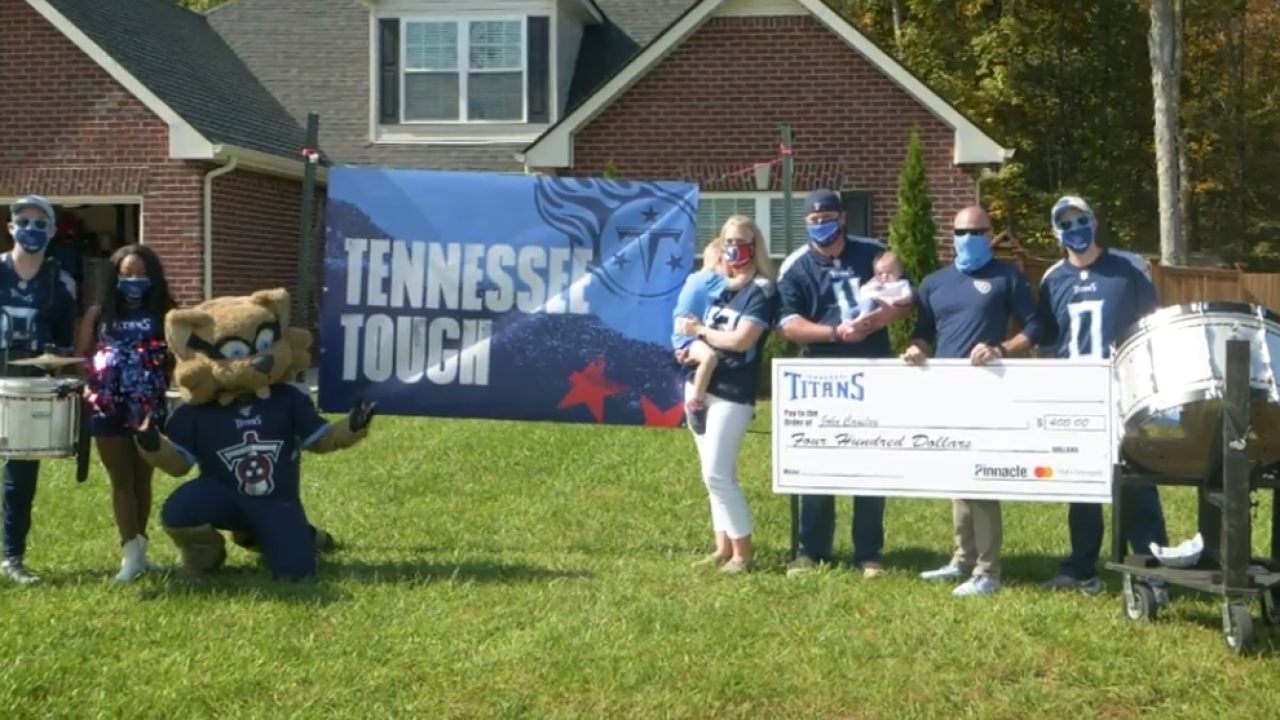 MURFREESBORO, Tenn. (WTVF) — A Tennessee Titans fan in Murfreesboro was told to remove his Titans yard sign or he'd be fined by his homeowner's association. So what did the Titans do? They brought him a bigger sign of course.

John Causley put up a "Tennessee Tough" sign in his yard but received notices from his HOA to remove the sign. That didn't deter Causley, he kept the sign in his front yard despite the warnings.

On Friday, Titans' T-Rac, in-game host Lance Smith and cheerleaders surprised Causley at his home with not only a larger sign, but also a check to cover any subsequent HOA fines.

It was part of the Titans’ new Pinnacle Random Acts of Kindness series. The series will feature multiple Titans fans being surprised throughout the season as a thank you for their team spirit and loyalty.