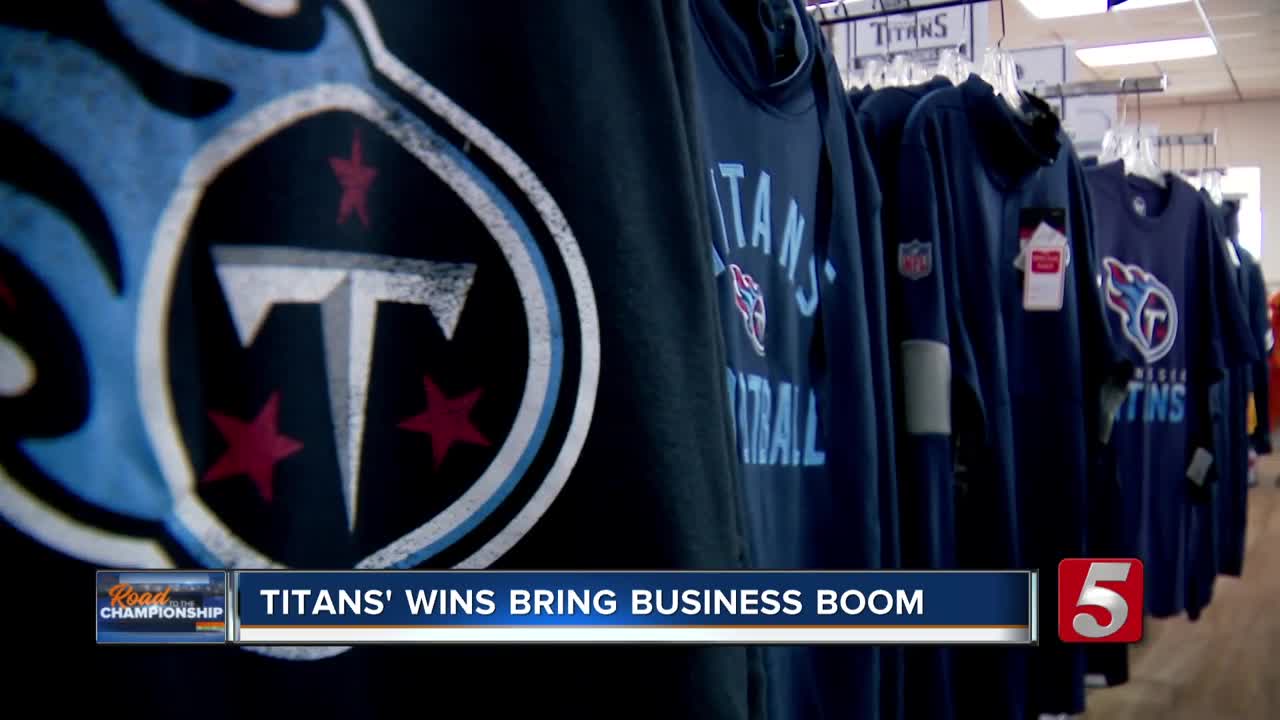 Less than 24 hours after the Tennessee Titans upset the Baltimore Ravens in the NFL Playoffs, excited fans filled sporting stores to load up on Titans gear. 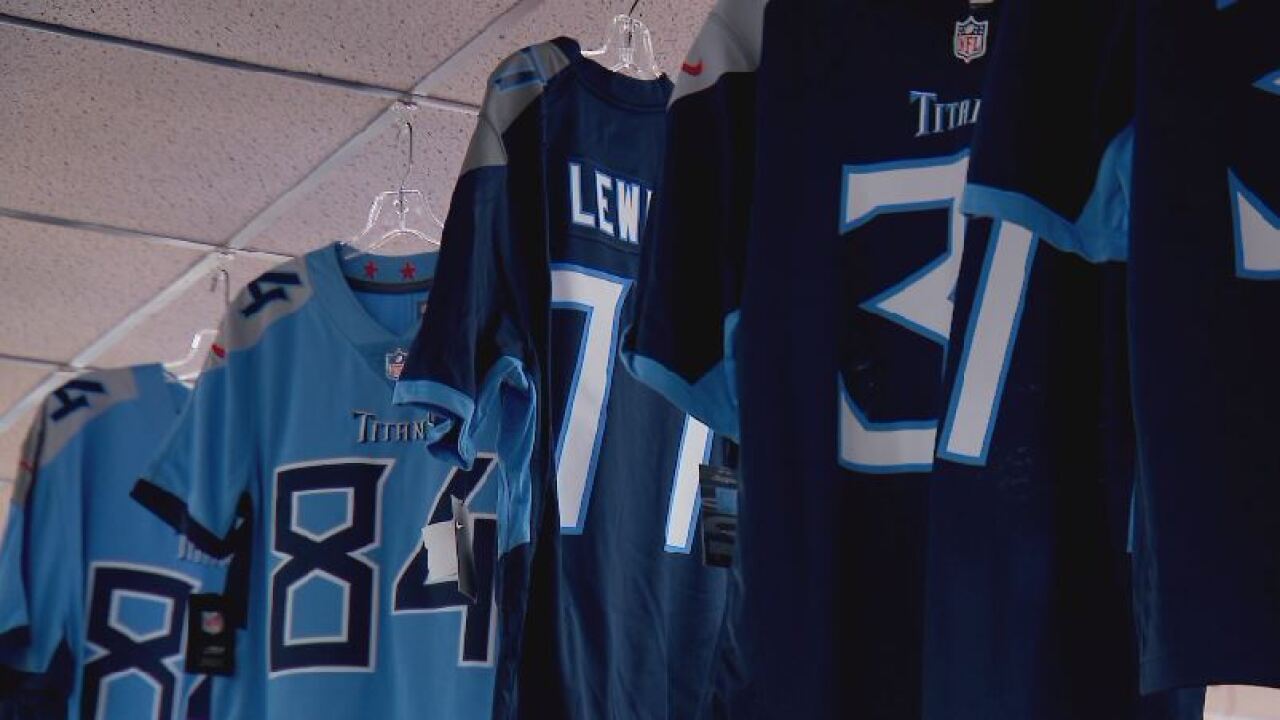 NASHVILLE, Tenn. (WTVF) — Less than 24 hours after the Tennessee Titans upset the Baltimore Ravens in the NFL Playoffs, excited fans filled sporting stores to load up on Titans gear.

"We've got to get everybody in the spirit," Grace Clayton said as she sifted through racks of Titans shirts at Sports Seasons in West Nashville. "I came in to get a Henry or a Tannehill jersey."

"People are very excited about this," Sport Seasons manager Lisa Campbell said. "I remember 20 years ago, the excitement then, and just the good mood it people in and the excitement and were seeing that all over again."

Campbell said the energy around the team reminded her of the energy after the Music City Miracle in 2000.

"It feels very similar," she said.

That energy means a business boom for the local shop.

"We've seen a big increase in people coming in and shopping," Campbell said. "We're working really around the clock trying to get merchandise in."

And it's not just Nashvillians looking to stock up on two-toned blue.

"I had somebody calling from Orlando earlier today looking for a Derrick Henry jersey, we have people ordering stuff from all over the country," Campbell said.