Authorities have charged three people after a toddler was found in a dog kennel during an animal rescue in Henry County. 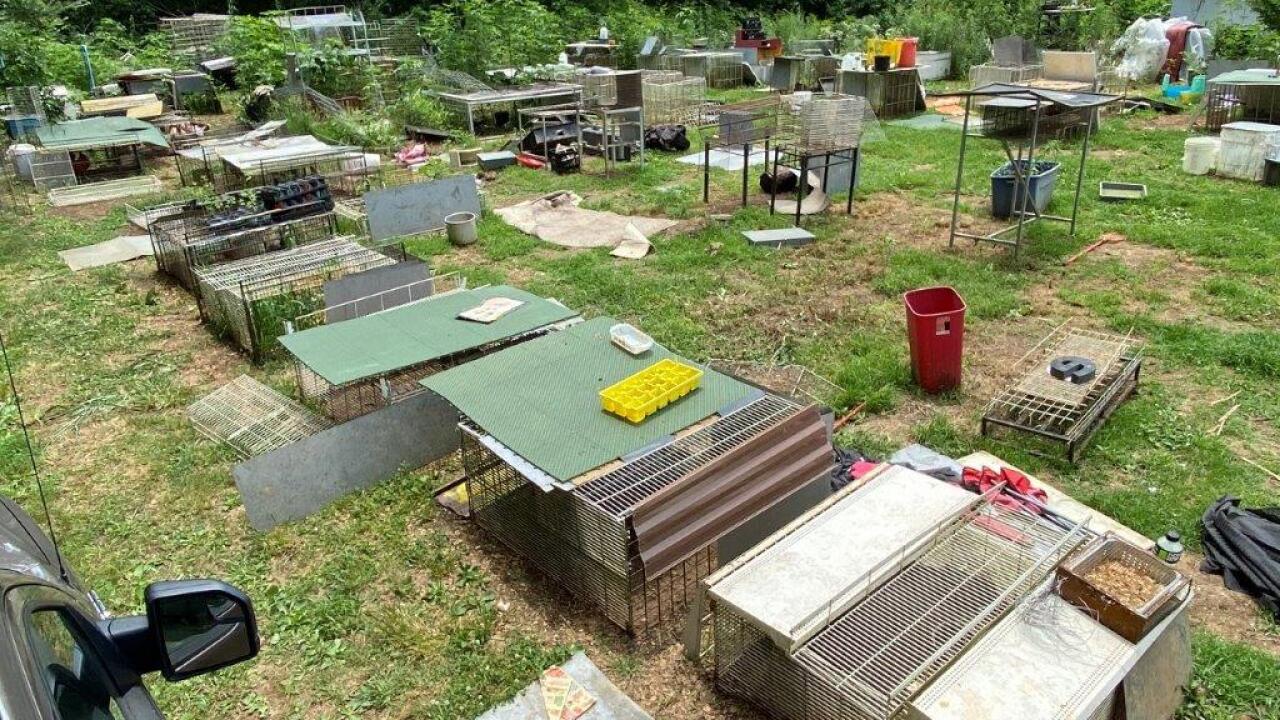 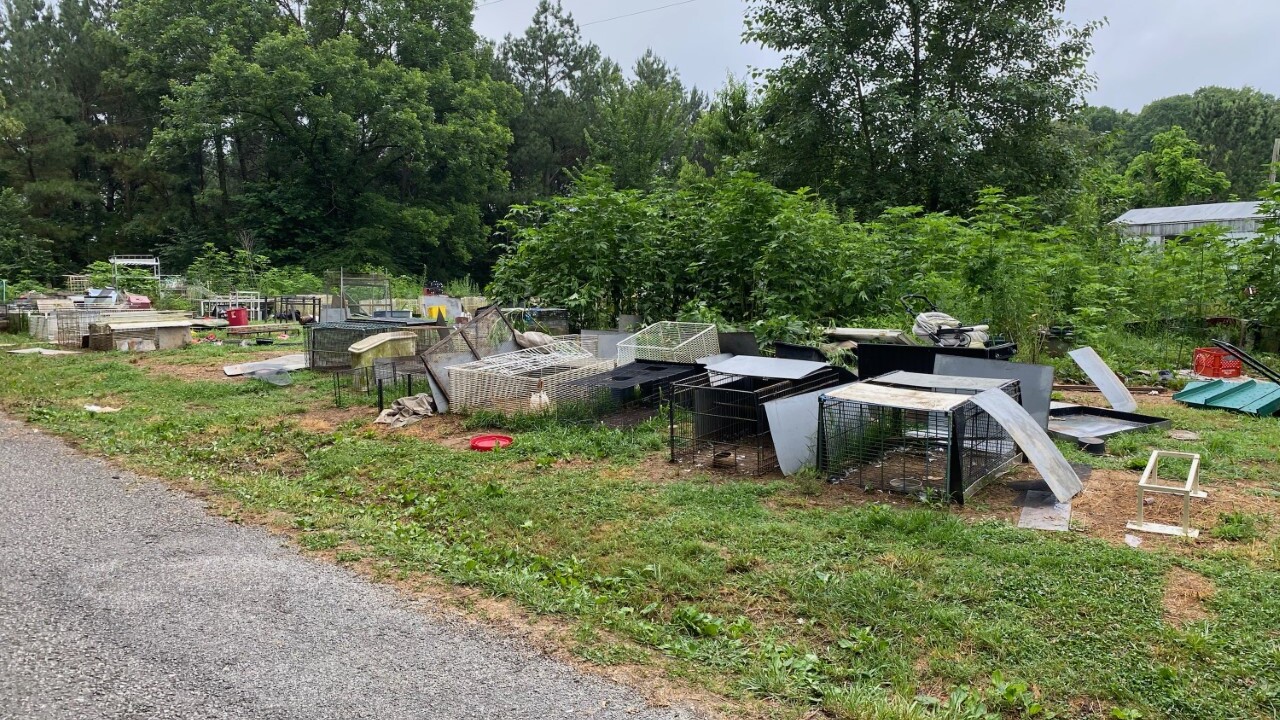 HENRY COUNTY, Tenn. (WTVF) — Authorities have charged three people after a toddler was found in a dog kennel during an animal rescue in Henry County.

Henry County Sheriff’s deputies raided a single-wide mobile home with several outbuildings in the northern portion of the county Thursday.

Henry County Sheriff Monte Belew provided an update Friday morning, saying the 1 1/2 year old boy was found in a 4x4 cage in the living room. Belew said the child didn’t have any toys or blankets.

“Everything that child possessed or played with was in that kennel,” Belew said.

Belew said three buckets filled with hundreds of mice were propped up next to the cage. Three feet to the left, there was a 10-foot boa constrictor. In total, there were eight snakes found in the room.

The sheriff said 15-20 dogs were found running loose, along with feces on the floor. He said some portions of the home didn’t have any flooring at all. Belew described the kitchen as “unlivable.”

He said thousands of cockroaches and maggots were also found.

"It's a very rural part of the county, you're not far from the state line. Dale Cemetery Road is not a very traveled road at all. Not much traffic on it whatsoever," Belew said. "They just wanted to live their life. We had to explain to them that there is a norm."

The Animal Rescue Corps responded to the location to help care for and remove the animals, some of which were deceased.

Belew identified the three suspects as 46-year-old T.J. Brown, 42-year-old Heather Scarbrough and 82-year-old Charles Brown. All three have been charged with aggravated child abuse – which is a class A felony – aggravated animal cruelty, possession of firearm in commission of a felony, manufacturing of marijuana, possession of drug paraphernalia, and cruelty to animals.

T.J. Brown was also charged with felon in possession of firearm.

Belew said the following animals and items were recovered from the home:

"In our community children are treasured. They're treasured very highly and the slightest allegation that one may be in danger causes a large number of people to spring into action. We're going to investigate this and every allegation of child abuse extremely closely," said District Attorney Matt Stowe.

"These things oftentimes can be hidden, especially when it's in a remote or rural area. But even in an urban area, the truth is we never really know what our neighbors next door are doing. It's important that this serves as a warning that if you see something out of place that you let someone know."

Watch the full press conference below:

Editor's Note: An earlier version of this story attributed quotes to Sheriff Belew, which was incorrect. It has since been corrected to District Attorney Stowe.