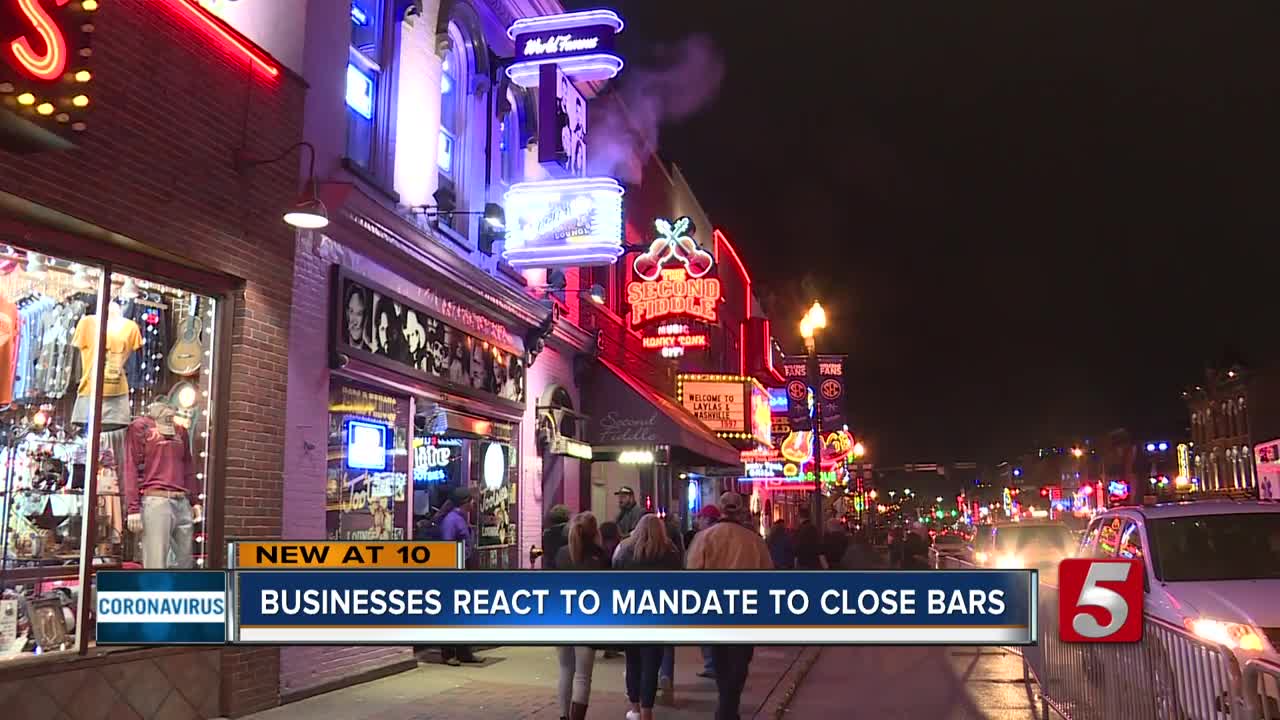 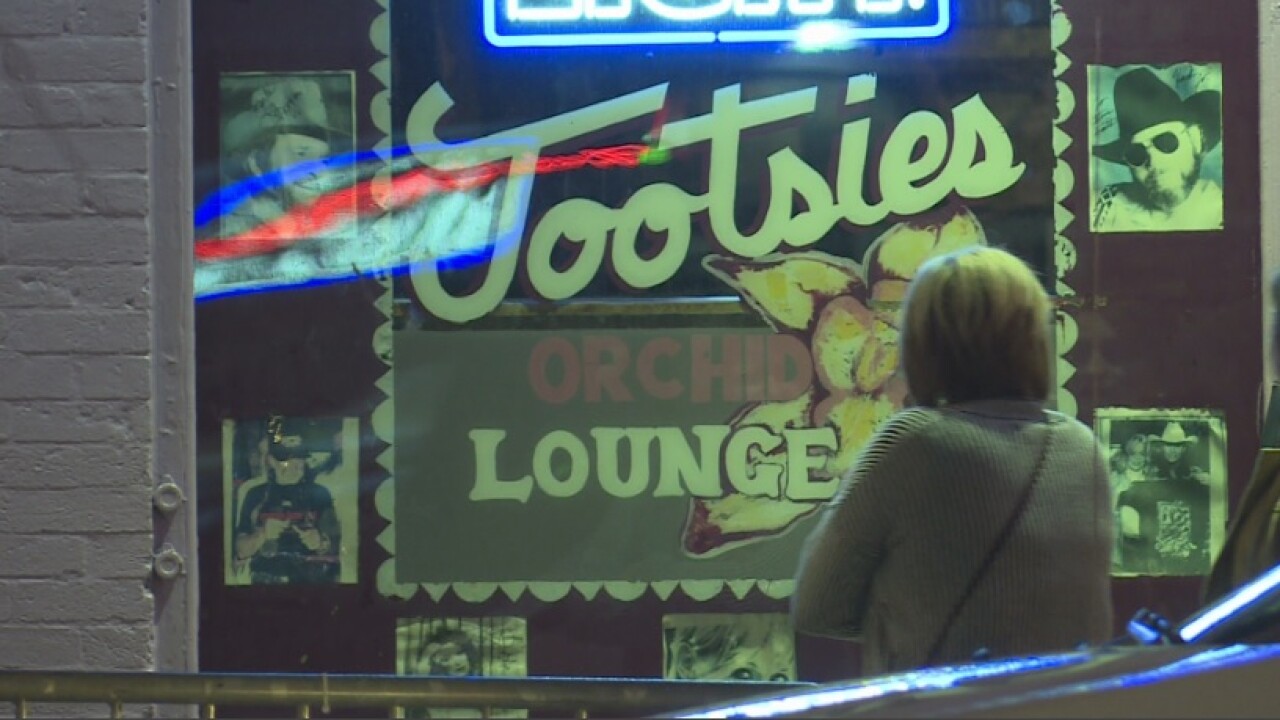 NASHVILLE, Tenn. (WTVF) — At least one of the owners of several downtown bars plans to fight the approved recommendation to close bars throughout Davidson County, including Lower Broadway, amid COVID-19 concerns.

The attorney for Steve Smith, the owner of Tootsies Orchid Lounge, Honky Tonk Central and other bars, says he will work to request a temporary order that would restrain the enforcement of the declaration made by the Metro Board of Health. He is expected to file a lawsuit in the coming days to remain open.

However, Monday afternoon, their attorney released the following statement backtracking on their decision.

"We have decided to comply with order to protect the public interest for now. We are still exploring our options to minimize the impact on the hundreds of employees and musicians."

Their argument was that they believe there are constitutional implications when selectively picking out certain businesses.

"We are in it for the fight," attorney Bryan Lewis told NewsChannel 5. "We will continue business until a legal authority tells us we have to padlock our doors and shut down."

In a statement prior to the public health emergency declaration, Smith released a statement:

“We appreciate the efforts of Mayor Cooper to combat the COVID-19 virus, but unless there’s a statewide mandate that directs all bars and restaurants to be closed, the request made by Mayor Cooper is unconstitutional as he is targeting a select group of businesses.

We are compassionate with those who have contracted the COVID-19 coronavirus and all who are helping manage the crisis as the entire world addresses the outbreak. However, a Tootsie’s patron as immediate as last night, mentioned having lived through the polio epidemic and didn’t recall such extreme measures being handed down in history.

In response, Tootsies Orchid Lounge, Rippy’s, Honky Tonk Central, Kid Rock’s Big Ass Honky Tonk & Steakhouse and The Diner will continue to remain open to serve the public until such statewide mandate is issued from the Governor of Tennessee."

Lewis argued the push back wasn't because of profit but the well-being of their 800 plus employees and musicians playing on Lower Broadway.

"A lot of these individuals have car notes, have rent to pay, utility bills to pay, and to come in and indiscriminately shut our businesses down and shut off our revenue stream will cause a major hardship to all of these employees and musicians," Lewis said.

Lewis stressed that if employees are sick or feel uncomfortable going to work, the company will respect their decision. As long as an employee was legitimately sick or had a concern that they had symptoms, they will get paid.

Like many other businesses, there's been an effort to sanitize and wipe everything down as an extra precaution. Lewis said they are working to shut down certain dance floors to allow for social distancing.

However, there are businesses in support of the mandate for now. Ole Red temporarily suspended operations already hours after the mayor's announcement. Will Newman of Edley's Bar-B-Que and Pancho & Lefty's Cantina outside of Bridgestone Arena said he doesn't envy the position to make crucial decisions like this.

"We want to be a partner with local health officials to make sure we're doing whatever we can to limit the spread as quickly as possible," Newman said.

The night before, social distancing wasn't the case in many Broadway businesses, with videos being shared on social media of visitors standing shoulder-to-shoulder. It caught the disdain of many people, including artist Maren Morris who said in a tweet, "Broadway, you aren't a hero for staying open."

It's unclear when the closures will begin, but Mayor John Cooper said there will be a notifying period.