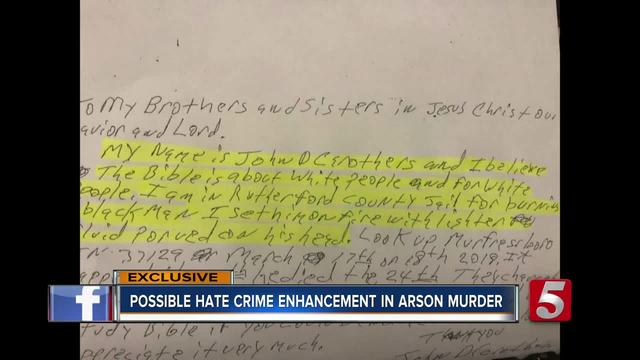 A white suspect allegedly wrote a jailhouse letter claiming he targeted his black victim in a Murfreesboro murder. 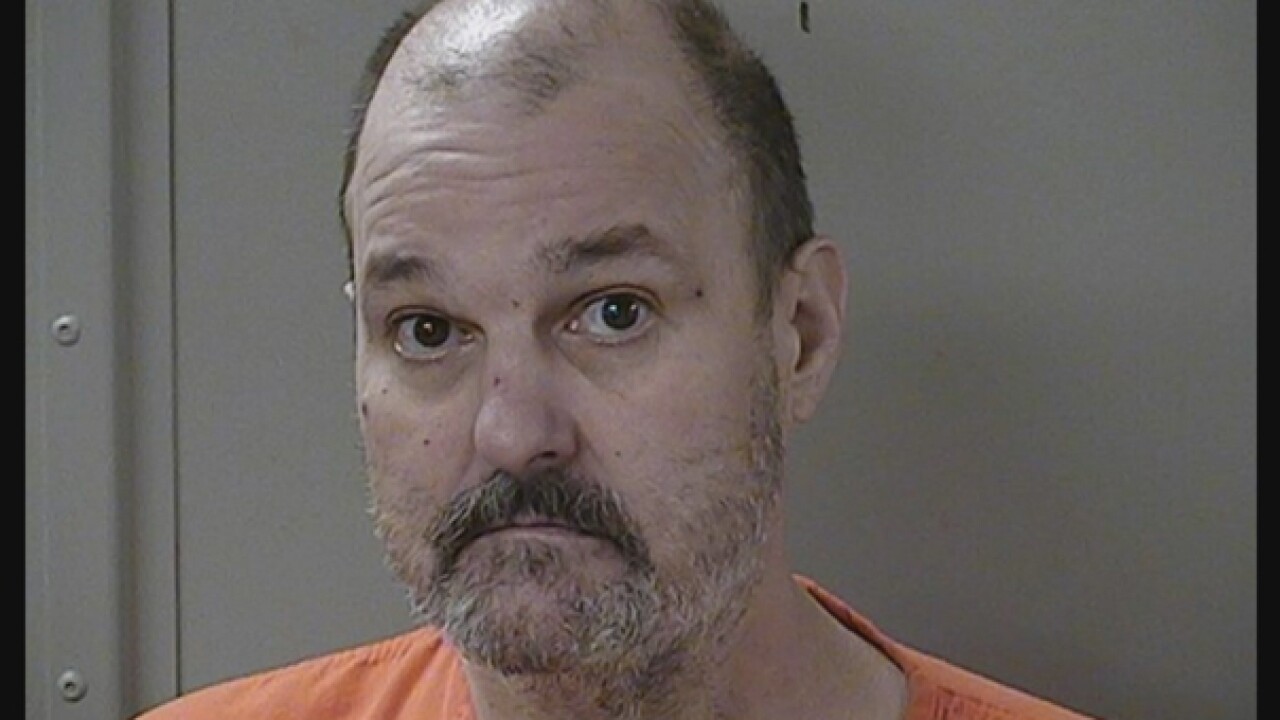 A white suspect allegedly wrote a jailhouse letter claiming he targeted his black victim in a Murfreesboro murder.

"The defendant poured an accelerant onto the victim and ignited it and the victim did die," said District Attorney Jennings Jones.

The suspect, John Carothers, was accused in the arson-murder of 40-year-old Robert Miller this past March at a home on north Maple Street in Murfreesboro.

Investigators believe Carothers targeted Miller, but his motive remained a mystery until deputies flagged a letter allegedly written by Carothers at the jail addressed to a white supremacist group.

"The sheriff's department found the letter in the outgoing mail. It is helpful evidence," said Jones.

The disturbing letter reads in part: "I believe the Bible is about white people and for white people. I am in the Rutherford County Jail for burning a black man I set on fire with lighter fluid poured on his head."

"The motive does matter," said Jones.

There is not a specific Hate Crime law in Tennessee, but Jones said he could pursue a hate crime enhancement if Carothers is found guilty at trial which would bring harsher sentencing.

Carothers has been found competent to stand trial and indications are the letter is in his handwriting.

He remains locked up in the county jail and with his mental evaluation complete his case will now finally be bound over to the Grand Jury.

Local prosecutors are handling this case, but it is possible the U.S. Justice Department could choose to intervene if needed.