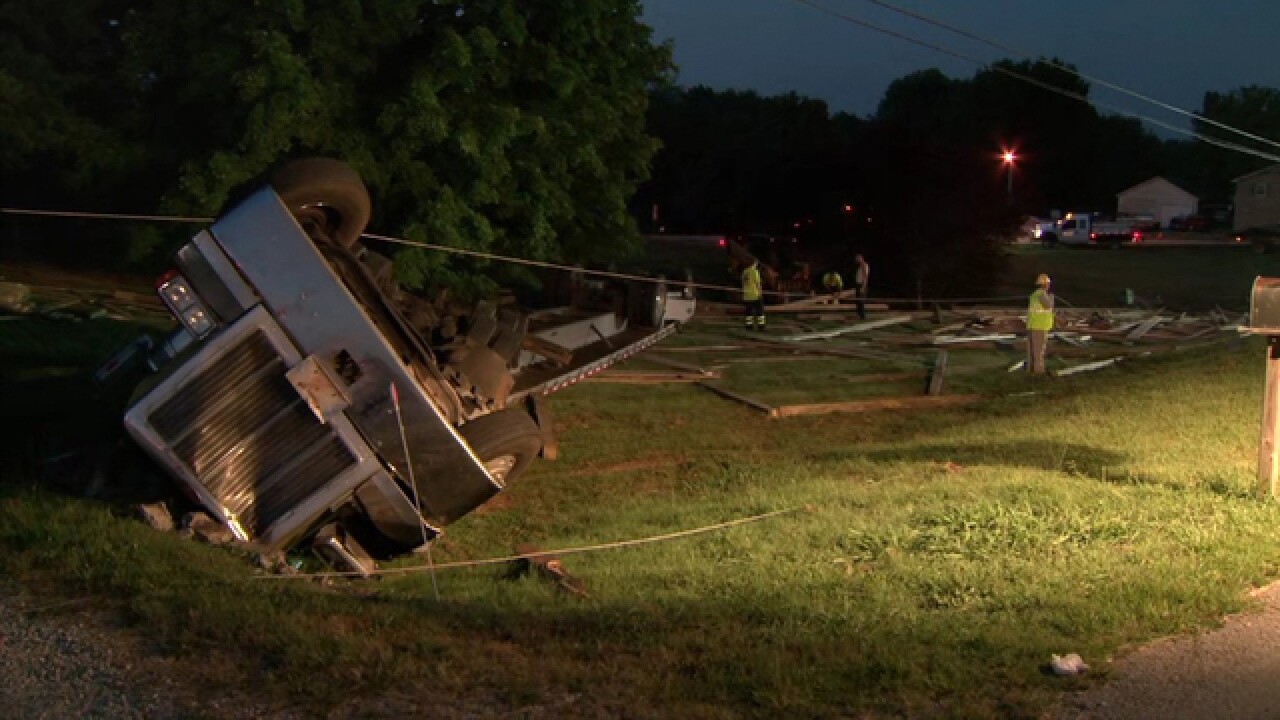 Major delays were reported in Maury County after a tractor trailer overturned on Highway 31.

The incident happened before 4 a.m. Thursday near Harland Road in Columbia.

BIG cleanup underway on Nashville Hwy in Columbia! One NB lane is closed after the crash, which will impact GM traffic. A truck with a trailer bed ran off the road, overturned and took several power lines down with it #5LiveTrafficpic.twitter.com/9TPRauEx0O

Officials on the scene said the driver of the truck dozed off and ran off the road. The semi plowed through a fence and took down power lines before finally overturning.