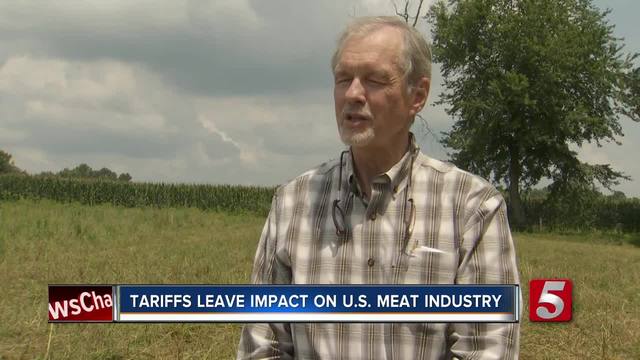 Consumers may notice a dip in meat prices at the store following new tariffs imposed by Mexico and China on the United States for beef, pork, and poultry imports. 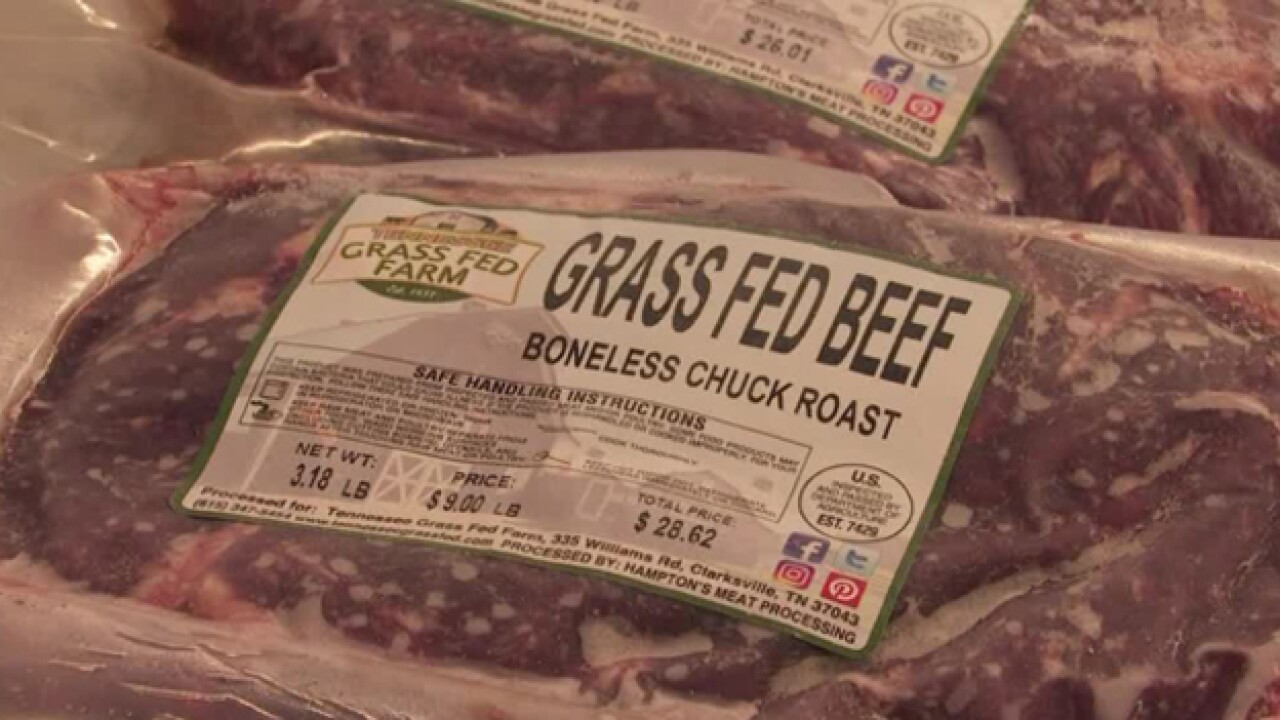 Consumers may notice a dip in meat prices at the store following new tariffs imposed by Mexico and China on the United States for beef, pork, and poultry imports.

The change comes after the Trump administration imposed tariffs on steel imports, and the tariff imposed by Mexico and China has led to a major surplus of meat in the United States.

The Wall Street Journal reported that an estimated 2.5 billion lbs. of meat are currently in warehouses across the United States, and many believe that will bring down the price of meats as suppliers try to get more consumers to buy the overstocked product.

"They'll run specials on that, it'll be a good time to really shop your weekend flier and see what they've got," Phil Baggett, owner of Tennessee Grass Fed Farm outside of Clarksville, said.

Baggett and his family have been working on his farm since 1837, and now Baggett focuses the business on grass-fed cattle.

"It's a nice niche in the market," Baggett explained. "It's well documented, there's more Omega-3s, the good fatty acids, in a grass finished animal."

Baggett said he's aware of the tariffs and the impact they're having on the meat industry, and he thinks it will impact both the major producers of meat, as well as teh local producers, such as his farm.

Baggett believes the major producers will lower their prices to get buyers to purchase more of their products, but for many smaller farms, they have to keep their prices where they are to sustain their operations.

Being grass-fed and local, Baggett believes people will still pay more money for quality meat, but he knows there will be a bigger gap between his meat, and the meats you could find in a typical grocery store across the country.

While Baggett has a steady business with great customers, he still hopes that the tariff issues will be worked out so business can go back to normal.

"I hope we see that passed pretty soon, administration and other countries can come to an understanding that takes the pressure off," Baggett said.

Baggett believes lower grade meats, such as ground beef, will see a discount for consumers at the store, but he believes prime cuts of meat will retain their value.