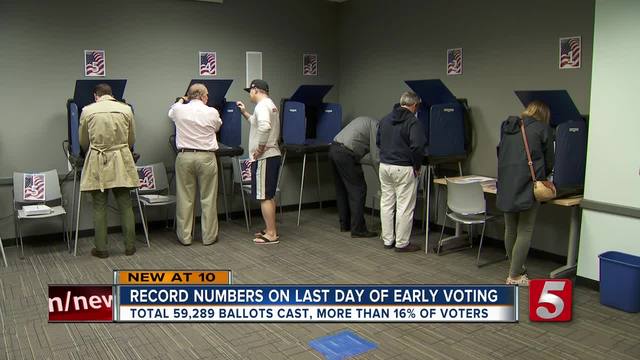 Early voting numbers broke records ahead of election day on May 1, most of them turning out to cast their ballot for the transit plan. 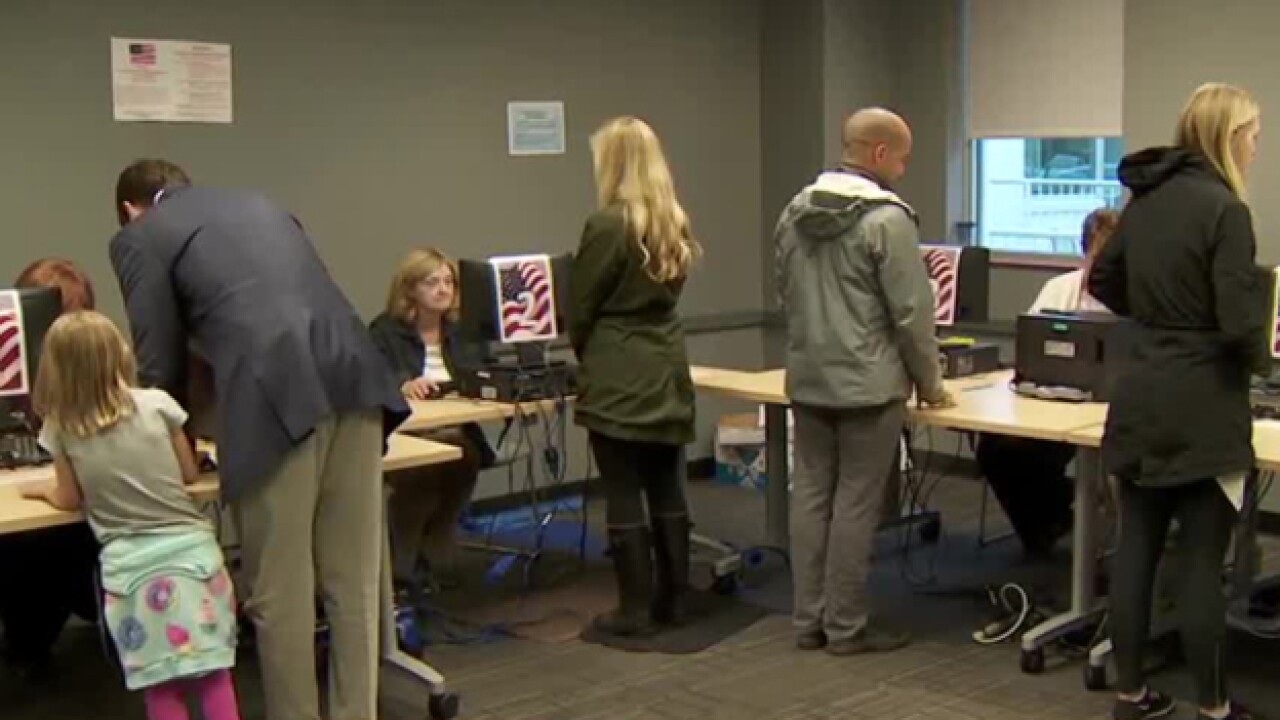 Early voting numbers broke records ahead of election day on May 1, most of them turning out to cast their ballot for the transit plan.

At the Green Hills polling location, voters had to pack a little bit of patience. “I’ve seen it this long before here at this location but I was lucky that I made it,” Keith Burnett said.

The Green Hills polling location has had a long line since it opened at 8 a.m. Polls close at 7pm, folks. Make sure you’re in line by then if you come here. @NC5pic.twitter.com/2j4LYv2Ui5

Of the 11 early voting locations, eight reported seeing more than 1,000 voters Thursday. To put that in perspective, at the Green Hills location we're told they saw an average of 400 to 600 voters a day. However, on Thursday they saw more than 1,200.

A grand total of 59,289 ballots were cast during the entire early voting period, that's 16.44 percent of registered active voters. The hot item on the ballot is the transit plan and whether residents are for or against funding it.

“In my opinion I think there are mixed emotions on both sides and I don’t think there’s one solid consensus as to what we should do next. I hope that somehow we find that consensus whether its approved or not this time. At least we can get something that’s more agreeable to the future needs of our city,” Burnett said.