Truck Hauling 44K Pounds Of Cheese Overturns On I-24 Ramp 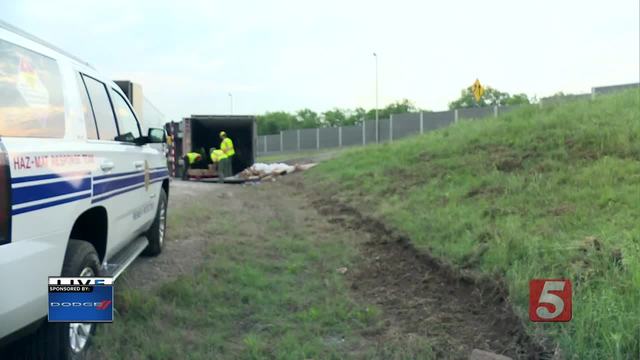 Metro Nashville police are investigating after a semi-truck hauling grocery items overturned off of Interstate 24 in Davidson County late Wednesday. 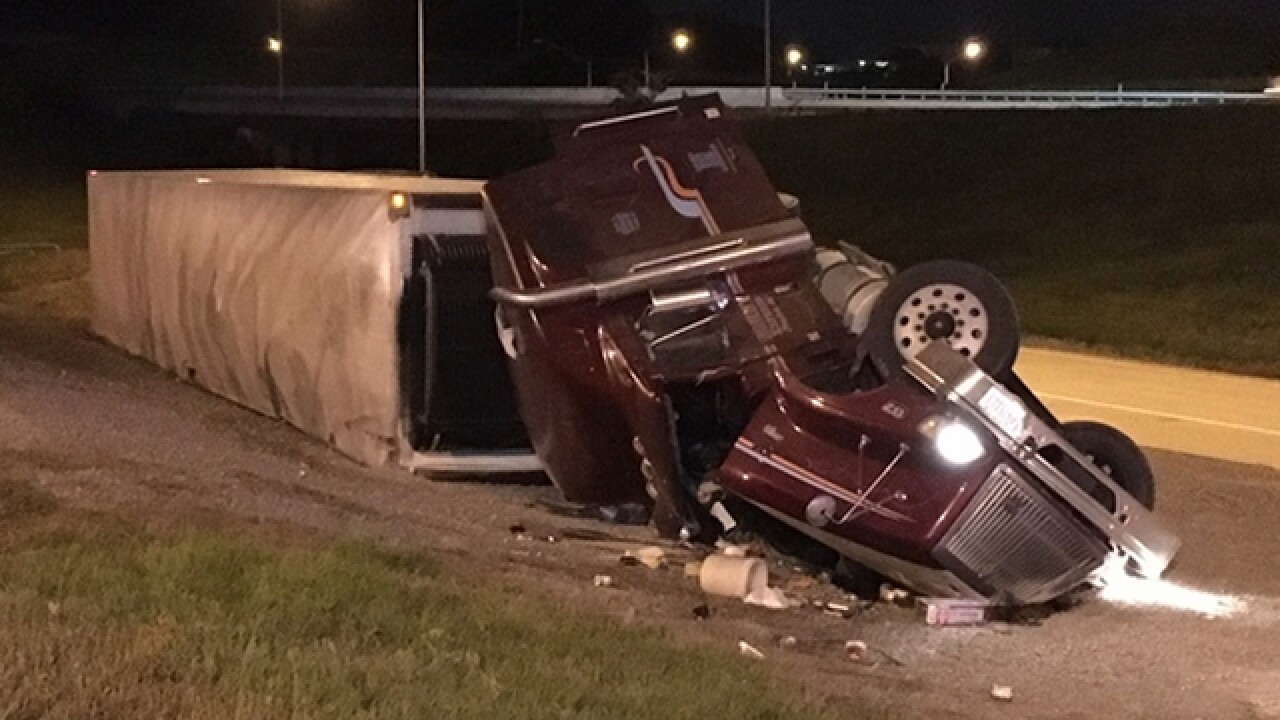 A driver has been arrested and charged with DUI after his semi-truck hauling 44,000 pounds of shredded cheese overturned off of Interstate 24 in Davidson County.

The crash happened just after midnight, early Thursday morning, on the I-24 east off-ramp to Interstate 65 north.

The driver, identified as Wesley E. Femmer, told officials he was going too fast.

Femmer was taken to the hospital for minor injuries. He performed multiple tests that showed signs of impairment. He also blew a .09 in a breath test.

Officials confirmed they found a cooler of beer in the crash debris.

Femmer was released from the hospital and taken into custody, charged with DUI. He was being held on a $5,000 bond.

The semi-truck landed on its side. The wreck took multiple hours to clean up because they had remove all the cheese he was hauling from the roadway.