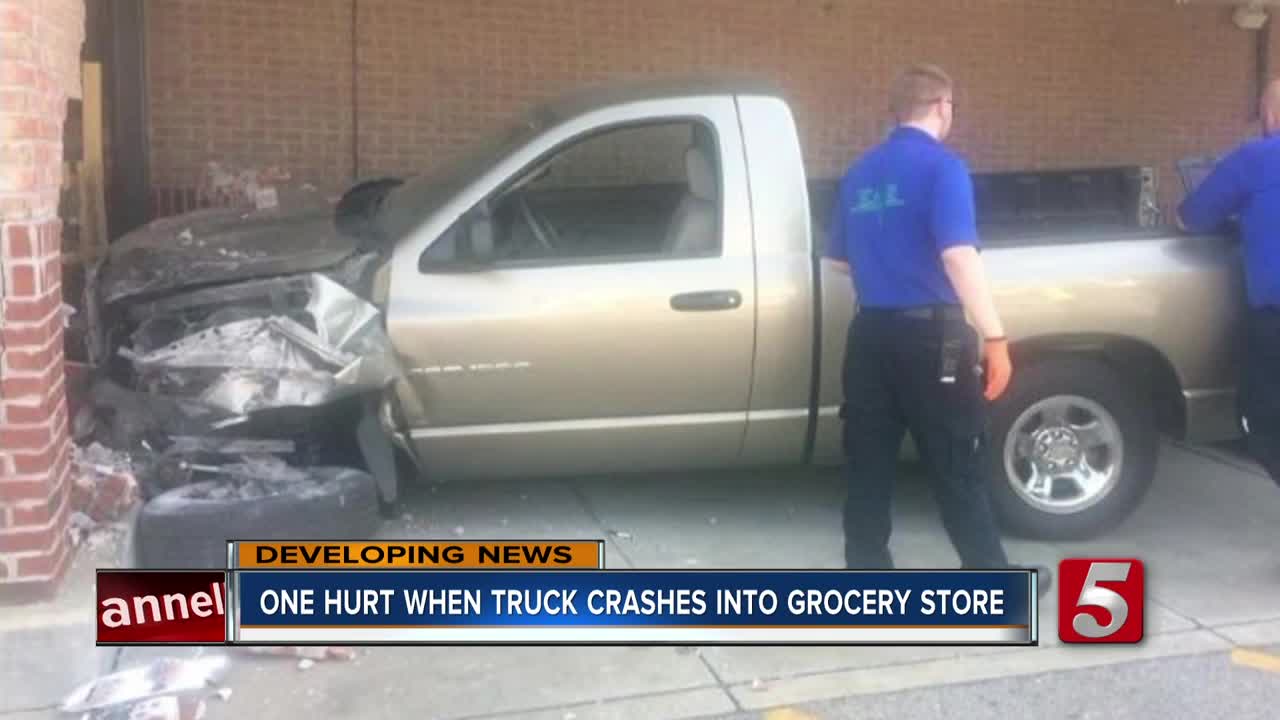 Crews responded to a Kroger in Columbia after a truck slammed into a brick column at the entrance. 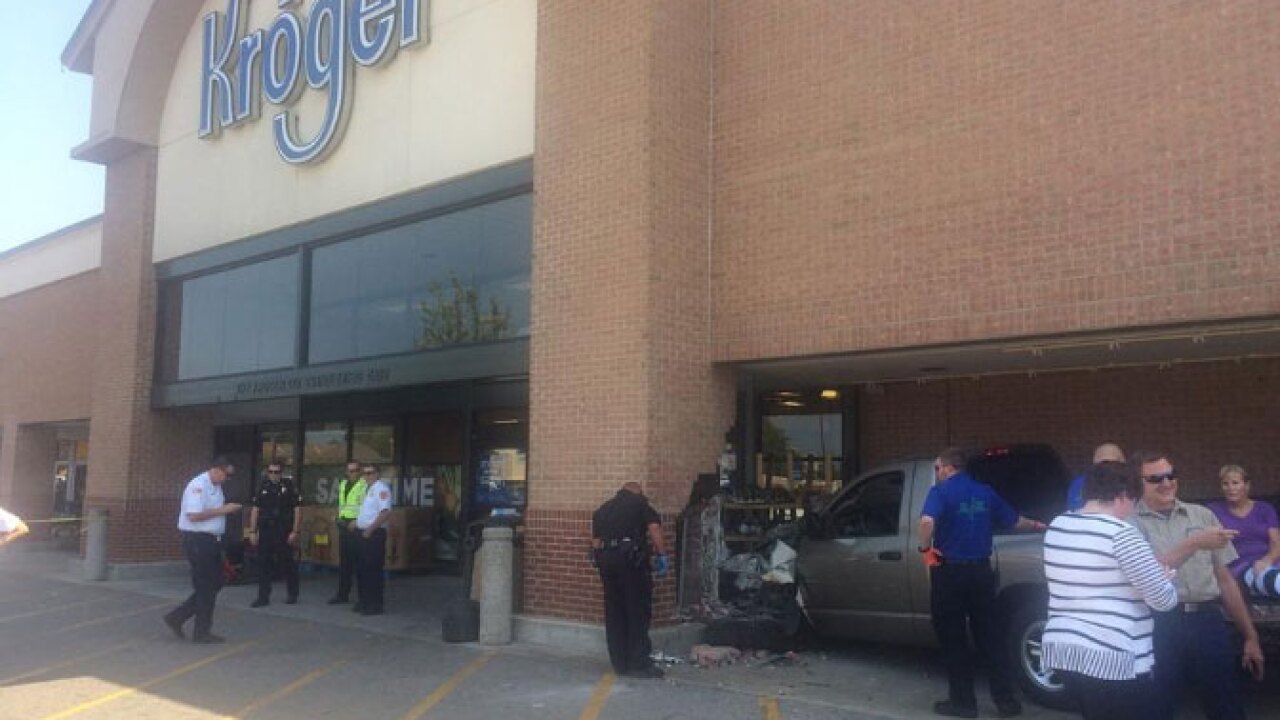 COLUMBIA, Tenn. (WTVF) — Crews responded to a Kroger in Columbia after a truck slammed into a brick column at the entrance, injuring one person.

The incident happened Wednesday morning at the store on James Campbell Boulevard.

Police say the woman driving the truck accidentally stepped on the accelerator rather than the brake and crashed into the brick pillar.

The exposed brick flew into nearby flowers, a glass door and customer, injuring him.

Police said the man who was injured was taken to the hospital and has non-life threatening injuries.

The truck has since been removed and the store remains open. Caution tape has been placed around the entrance.

Police said the Columbia Fire Department inspected the damage to the pillar and believe it is still structurally sound.

The woman driving the truck will not be charged for the crash.