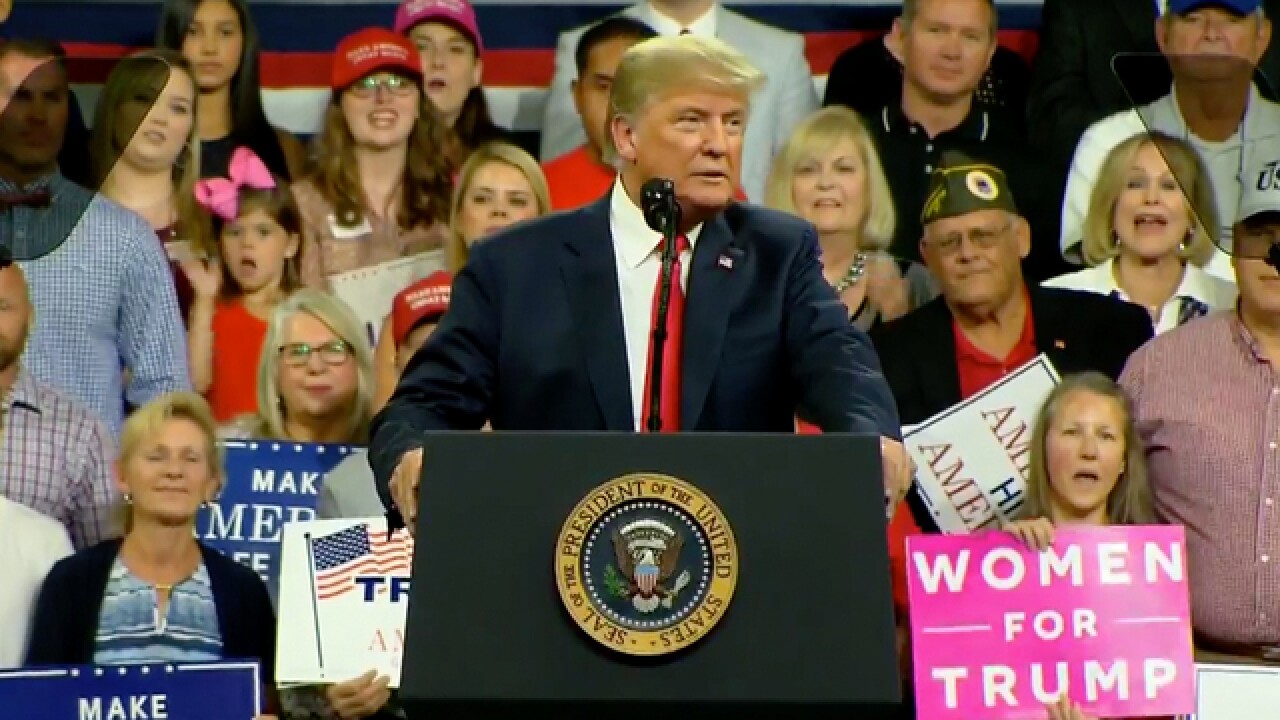 President Donald Trump is predicting national havoc if Democrats gain control of Congress in midterm elections next month. He's also accusing the opposition party of trying to "destroy" his nominee for the Supreme Court.

Trump attacked Democrats during a rally Monday night in Johnson City, Tennessee, a state with a closer-than-expected Senate race critical to control of the chamber.

He called support for GOP Senate candidate Marsha Blackburn "really a vote for me." She faces a Democratic ex-governor, Phil Bredesen.