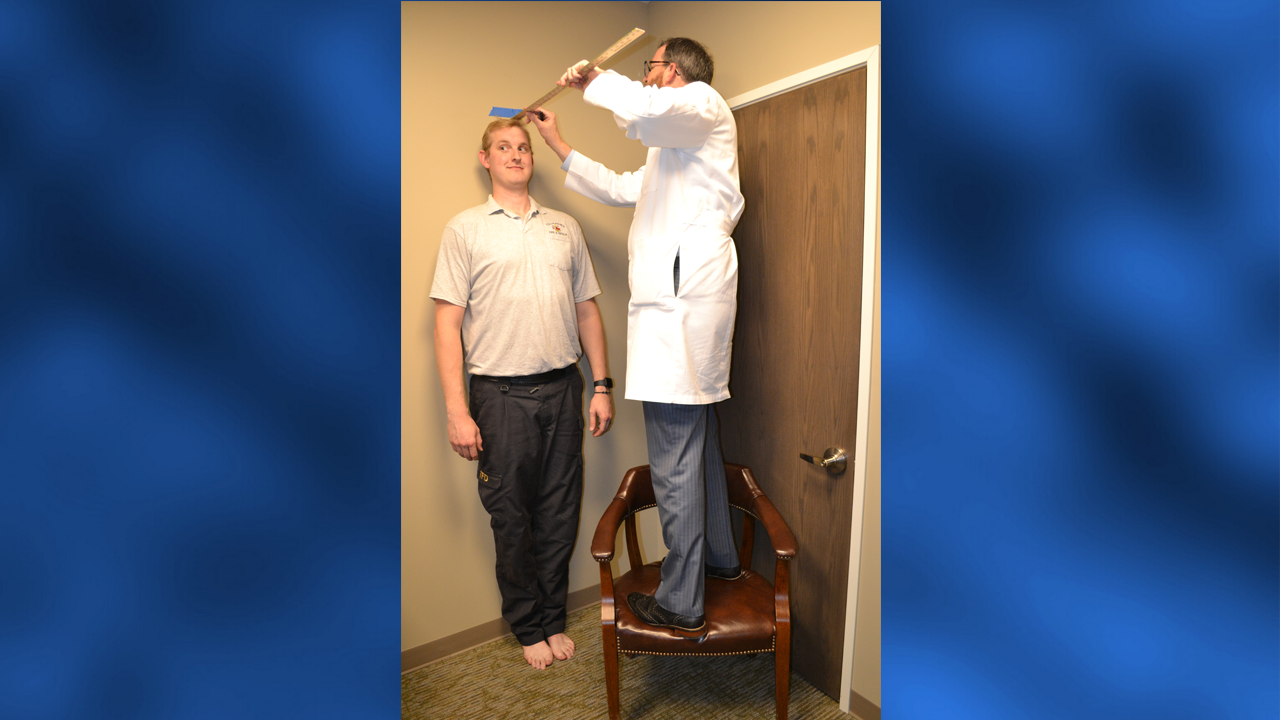 TULLAHOMA, Tenn. (WTVF) — Standing at a fraction of an inch under 7-feet-tall, a Tullahoma man could be named the tallest firefighter in the world.

Brandon Berridge, 27, is so tall, city officials say he often uses the top of the refrigerator as his lunch table. When Berridge dressed in the department's fire pup costume last year, Tullahoma Fire Chief Richard Shasteen joked that he was the tallest fire pup in the world - sparking the idea to contact Guinness World Records.

About a year later, Berridge received instructions to be measured three times in the same day by a doctor, standing up and lying down as documentation for the record.

His official height of 6-foot, 11 and 9/16-inches was submitted this week to Guinness World Records, who believes he could be the tallest firefighter by 5 inches.

Berridge has been with the Tullahoma Fire Department for almost two years.