Two dead in shooting outside of Antioch Kroger 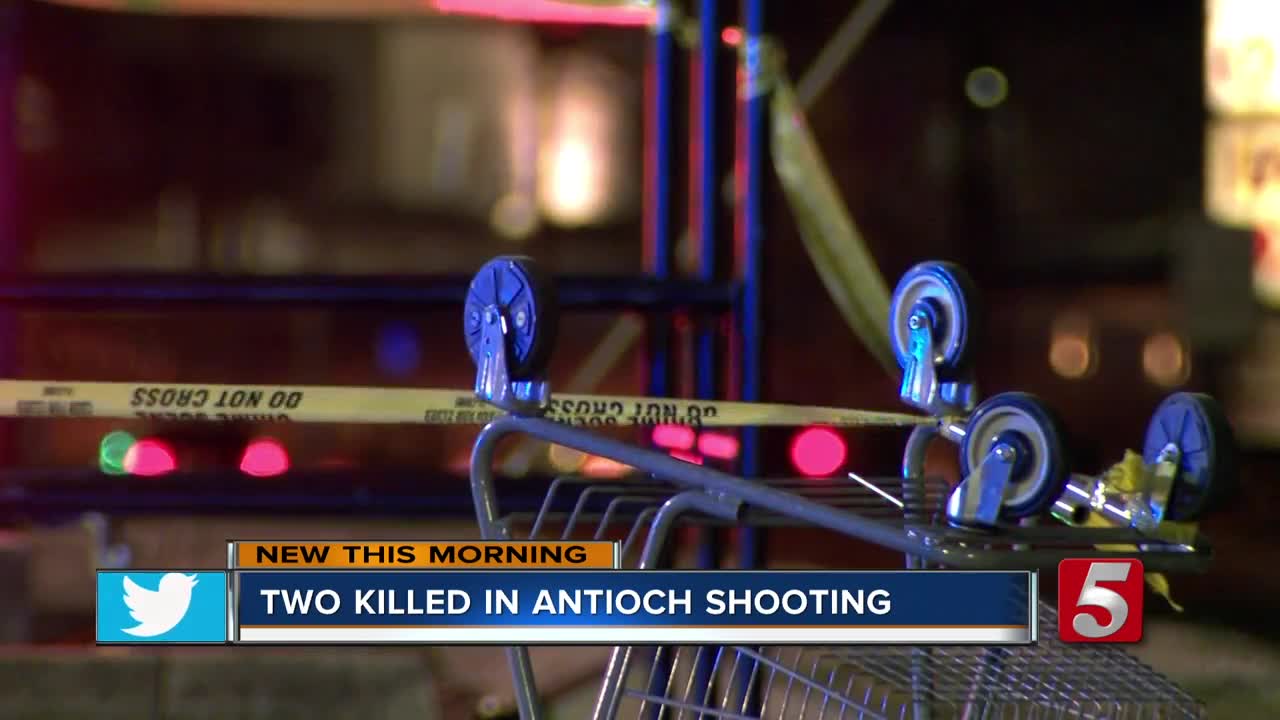 ANTIOCH, Tenn. (WTVF) — Two men were killed in a shooting outside an Antioch Kroger Friday night.

Police say De Arious A. Harris, 23, and Craige Strickland, 18, met in the Kroger parking lot on Mount View Road a little before midnight. Harris had four other men with him. Officers believe the meeting was for a marijuana deal.

Both left the scene in separate vehicles. Officers found the vehicle with Harris at a nearby Waffle House. He was taken to Vanderbilt University Medical Center.

The vehicle with Strickland went to General Hospital.

Both victims were pronounced dead from their injuries.

So far detectives believe Harris and Strickland shot each other. The investigation is ongoing.