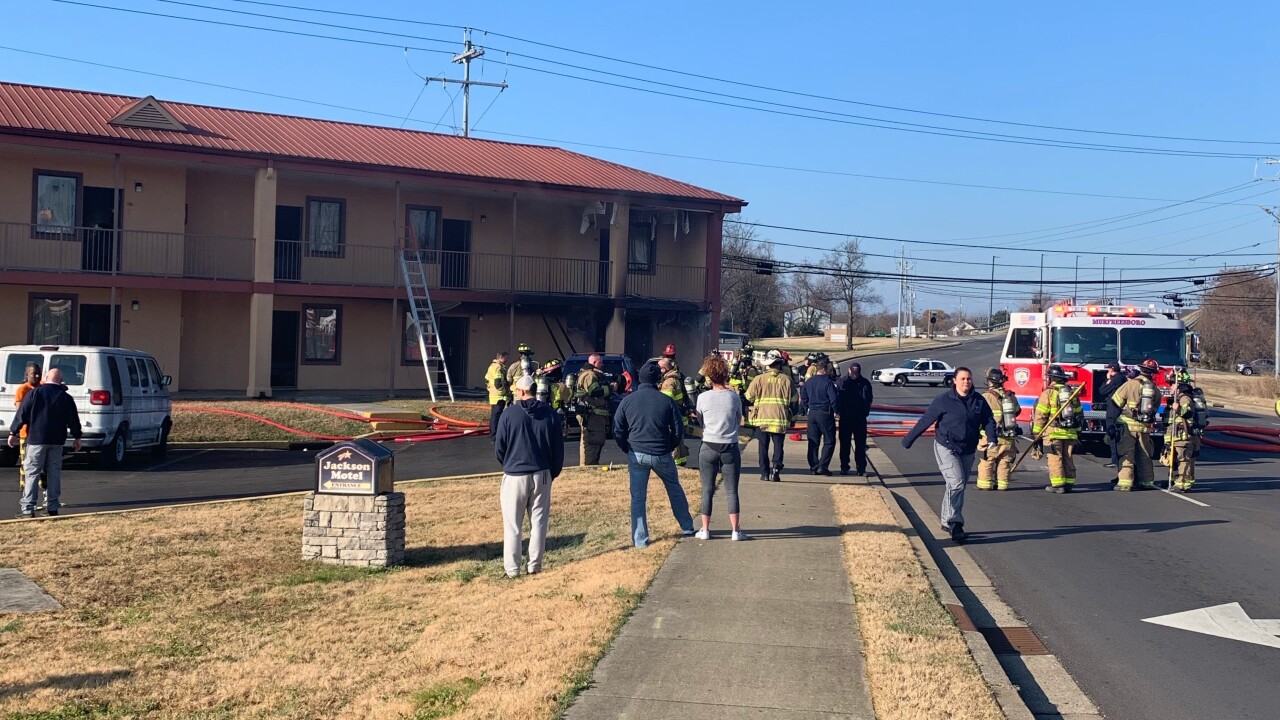 MURFREESBORO, Tenn. (WTVF) — A man is in critical condition and a woman is also hospitalized after a Murfreesboro motel fire Sunday morning.

Fire crews responded to a call at the Jackson Motel on Northwest Broad Street around 8:45 am Sunday morning. They report that heavy smoke and fire were coming from one of the rooms.

They began rescuing a man from a second-floor room directly above the fire. A man and woman in the burning room were able to get out on their own.

Crews put out the fire and helped nearby guests evacuate. Everyone made it out of the building safely.

The man rescued from the second-floor and the woman from the burning room were taken to St. Thomas Rutherford Hospital for smoke inhalation. The man is listed in critical condition. The woman is still being evaluated.