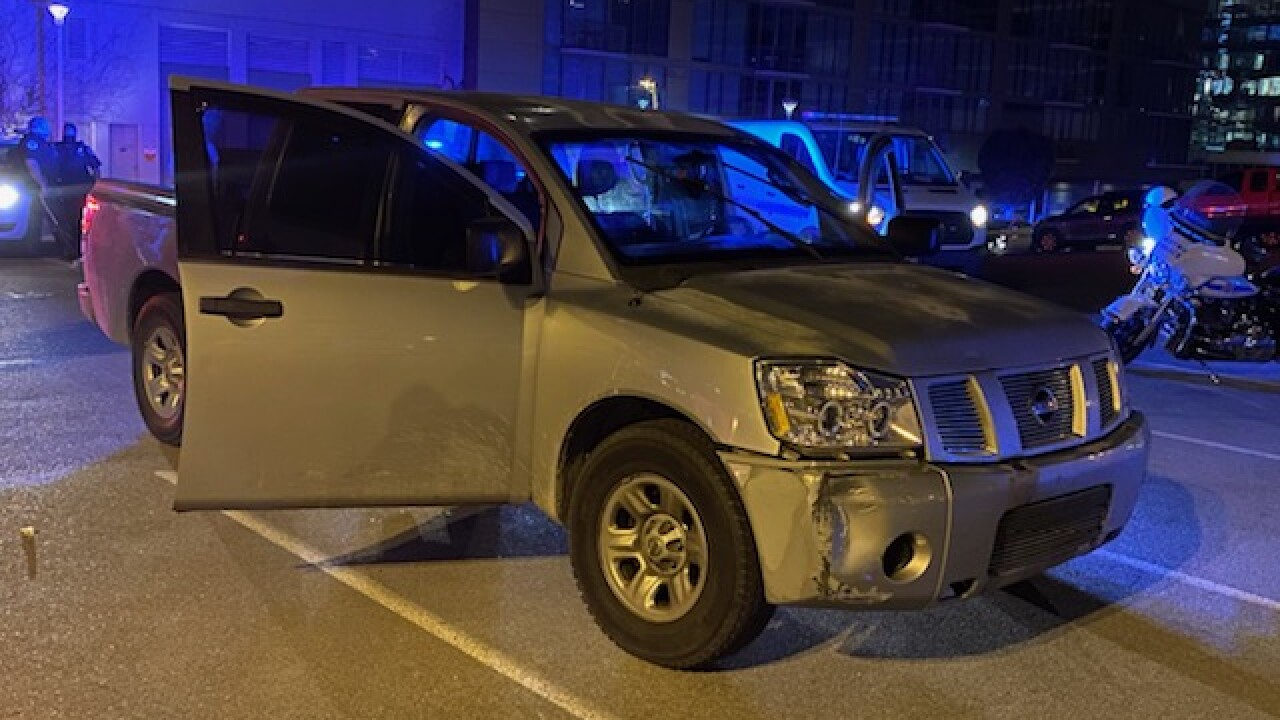 NASHVILLE, Tenn. (WTVF) — A 12-year-old driver and 14-year-old passenger of a stolen pickup truck are in custody following a traffic stop of and shots fired from the same truck.

Metro police said an officer stopped the truck just after 11 p.m. near 12th Avenue South and Laurel Street for running a red light.

As the officer approached the stolen Nissan Titan, he heard a gunshot from the vehicle and called for assistance. The two juveniles were taken into custody quickly.

Through interviews and investigation, detectives learned the truck was stolen from Wade Avenue earlier Friday evening after the owner's home was burglarized.

Just after the traffic stop, the 12- and 14-year-olds swapped seats. As the 14-year-old was getting out of the driver's side, the shot was fired. The 12-year-old was apprehended on the passenger side, where a 9mm pistol was found in the floorboard.

A bullet hole was found in the 12-year-old's pants indicates he was trying to conceal the gun when it went off.

The origin of the gun is still under investigation.

No one was hurt during this incident.

The two juveniles have been charged with aggravated burglary, auto theft and unlawful gun possession.