Two killed in fiery crash on I-24 in Kentucky; Westbound lanes closed at state line 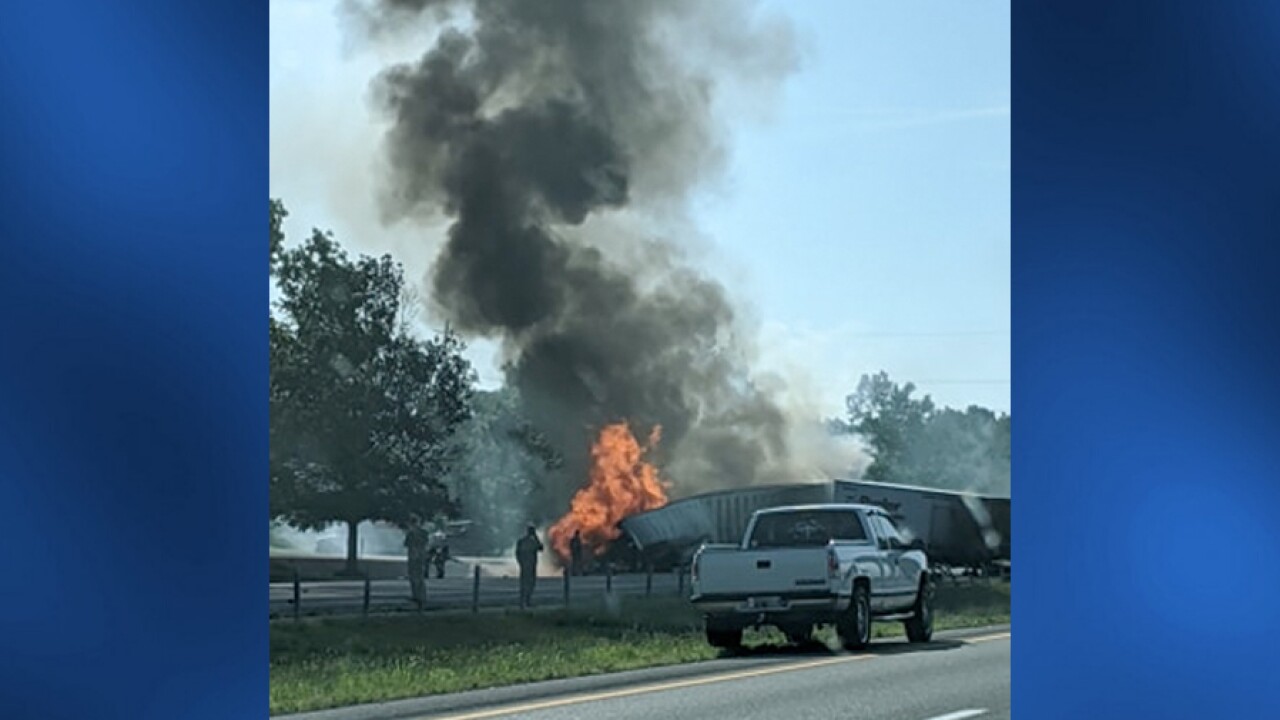 FORT CAMPBELL, Ky. (WTVF) — Kentucky State Police say two people were killed in a fiery crash on Interstate 24 after a driver crossed the median and hit a tractor trailer head-on.

The crash happened around 8 a.m. Friday in westbound lanes at mile marker 93 in Christian County.

KSP officials say the driver of a box truck was traveling east when the truck crossed into westbound traffic and hit the semi. Both vehicles caught fire.

It’s unclear what caused the truck to cross the median. KSP say both drivers were killed.

Westbound lanes remain closed and I-24 East is down to one lane. Troopers say they’re directing traffic through the welcome center.