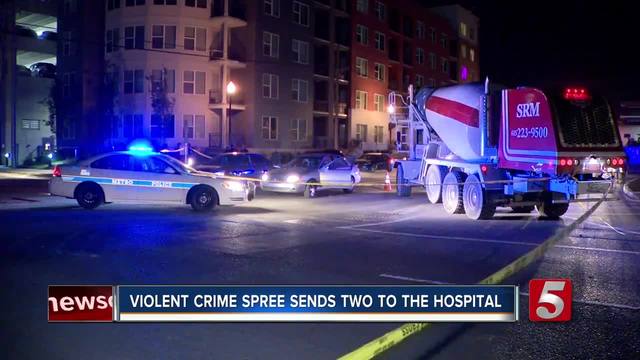 Metro Nashville police said three to four men are wanted in connection with an overnight crime spree that sent two people to the hospital. Investigators told us the group first robbed a woman at an apartment complex on Glastonbury Road near Donelson at about 1 a.m. Wednesday. 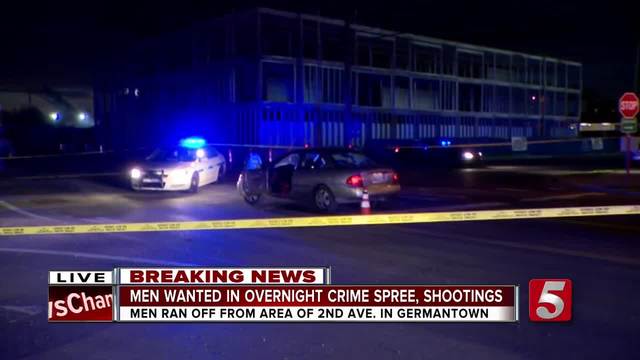 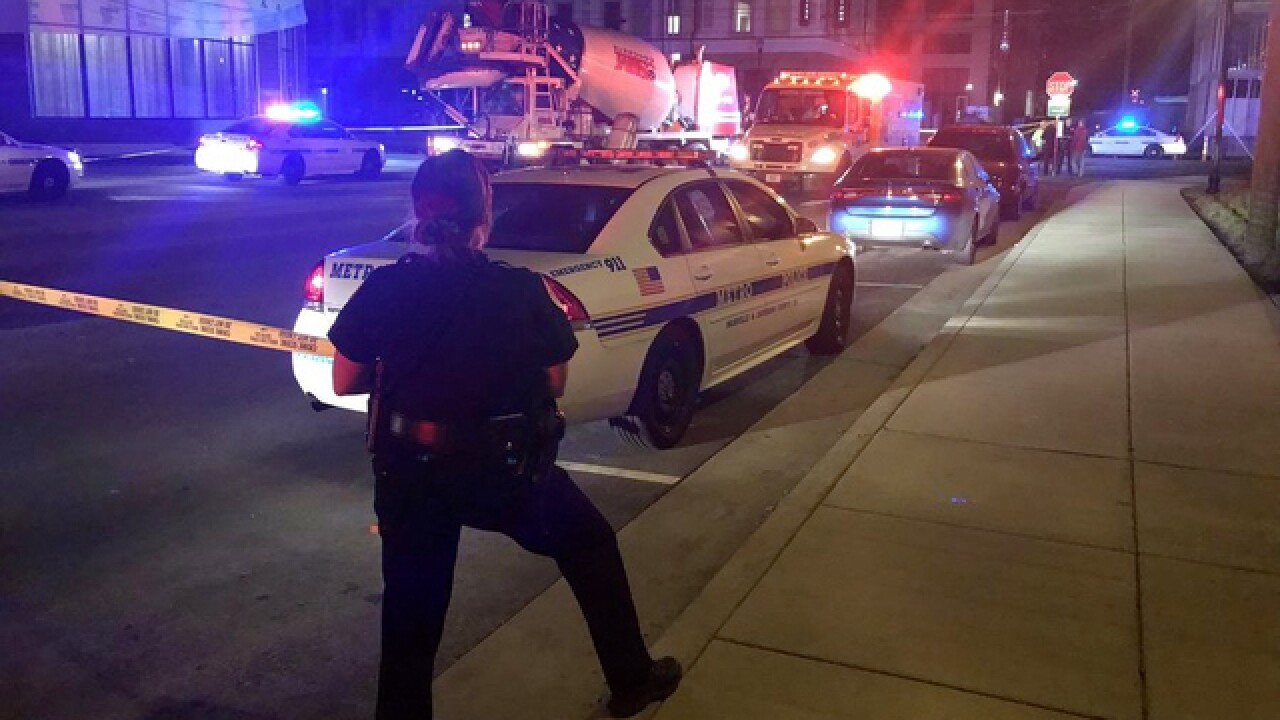 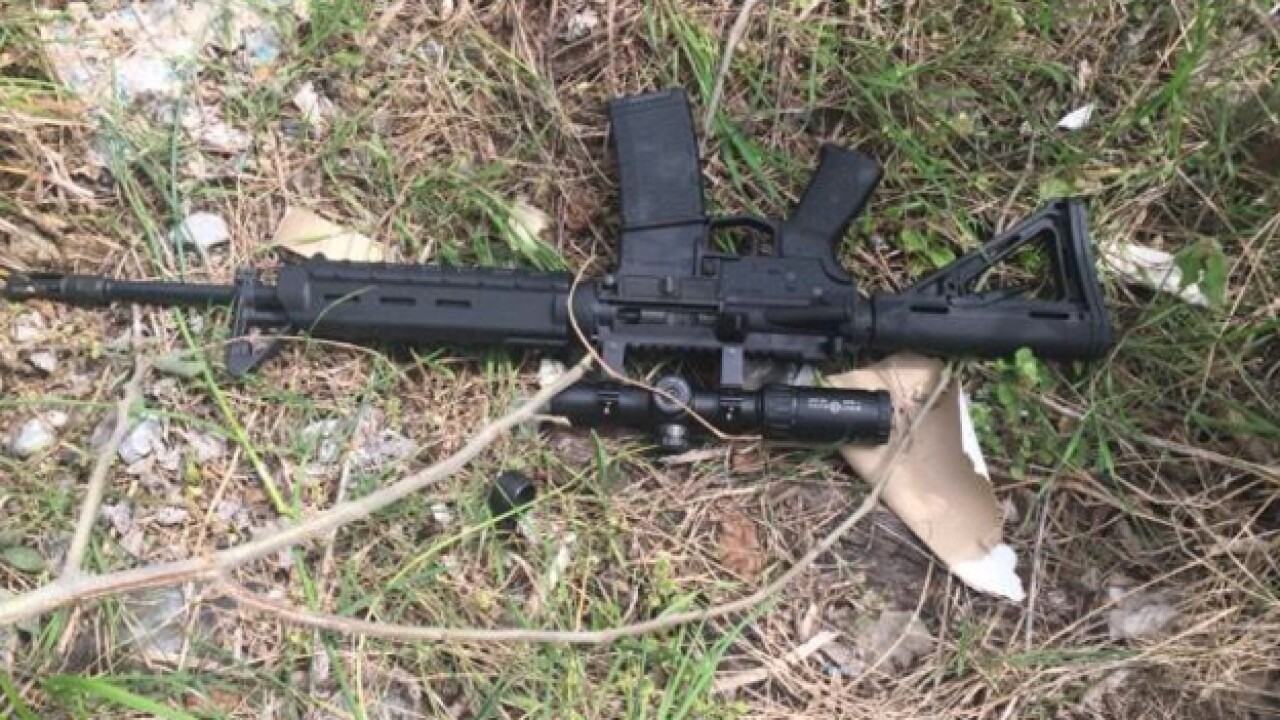 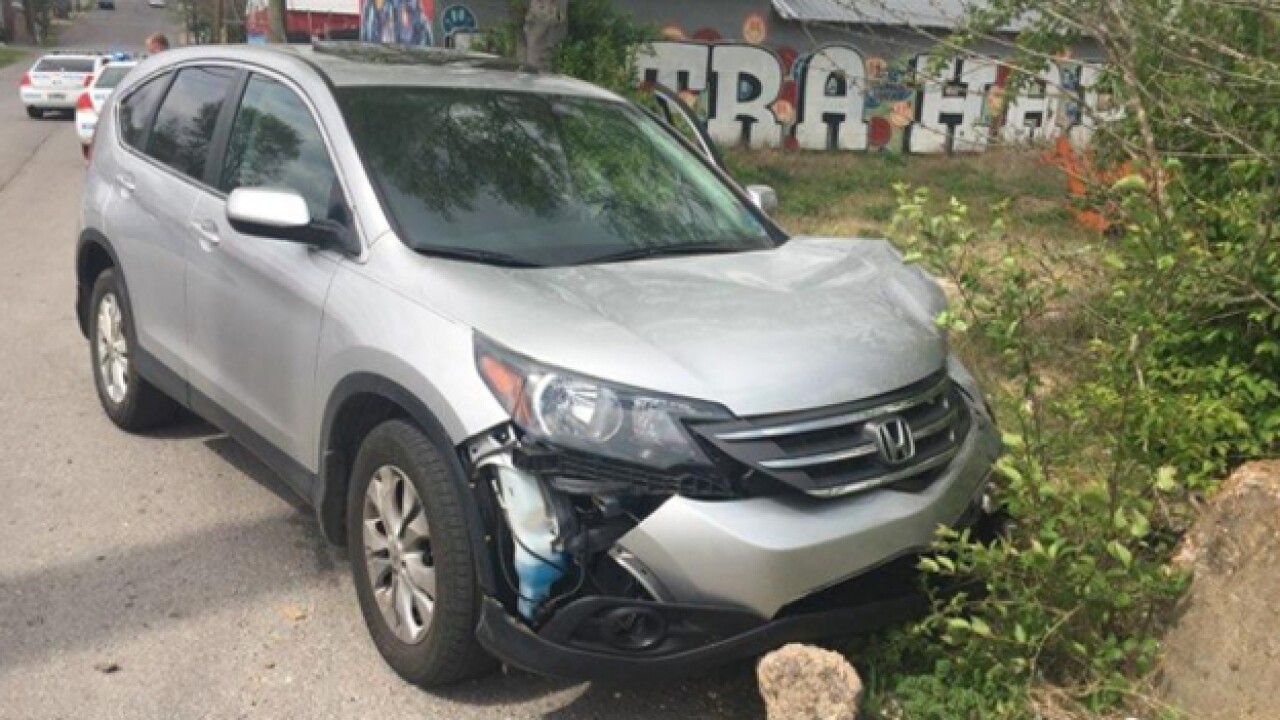 Metro Nashville police have arrested one of the three to four men wanted in connection with an overnight crime spree that sent two people to the hospital.

Officers found a 16-year-old in a stolen vehicle Wednesday afternoon with a loaded AR-15.

Investigators told us the group first robbed a woman at an apartment complex on Glastonbury Road near Donelson at about 2:30 a.m. Wednesday. In that case, police said there was a woman also involved who acted as a getaway driver.

Then, investigators said the same men were involved in another robbery at a Days Inn off of Murfreesboro Pike a short time later.

From there, officers said the men became more dangerous.

At about 3:15 a.m., it's believed the same group robbed a man at the Terrace Park Townhomes off of Elm Hill Pike not far from Percy Priest Lake.

The victim told officers he was waiting for a ride in the parking lot when he was approached by the group and told to get on the ground. He was robbed, but then he said the men took his belongings and left him alone.

However, a short time later, one of the men returned and shot him in the leg. That victim was taken to Vanderbilt University Medical Center in unknown condition.

The spree came to an end on 2nd Avenue in Germantown. Police said the same group of criminals bumped their silver Nissan SUV into another vehicle. When they all got out of their vehicles to look at the damage, things appeared to be fine.

That's when the victim said one of the men walked back over to him and shot him in the arm. The victim in that fourth incident was taken to Vanderbilt University Medical Center in critical condition.

Kyle Phillips was driving a cement truck when the crash happened ahead of the shooting in Germantown. He said the group of men appeared calm and fine, until one man returned to shoot the person whose car they hit.

"I had another fella driver here who had stopped because he thought me and him got in a car accident, so he stopped to see if everyone was alright. He didn't realize somebody had been shot. He pulled his shirt off, and we held it on the wound until police arrived," Phillips said.

The group of suspects ran from the crime scene.

A stolen silver Honda CRV suspected of being involved in the overnight robberies was recovered. It was spotted from the air by an MNPD helicopter crew. The 16-year-old driver was taken into custody after he was found with a loaded AR-15. The rifle was seized.