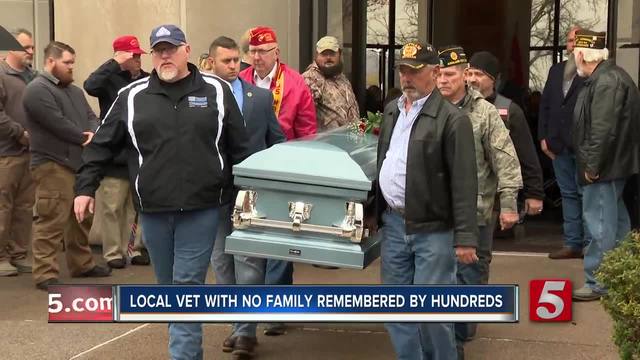 The Middle Tennessee community came together Friday to make sure an unclaimed veteran would not be forgotten. 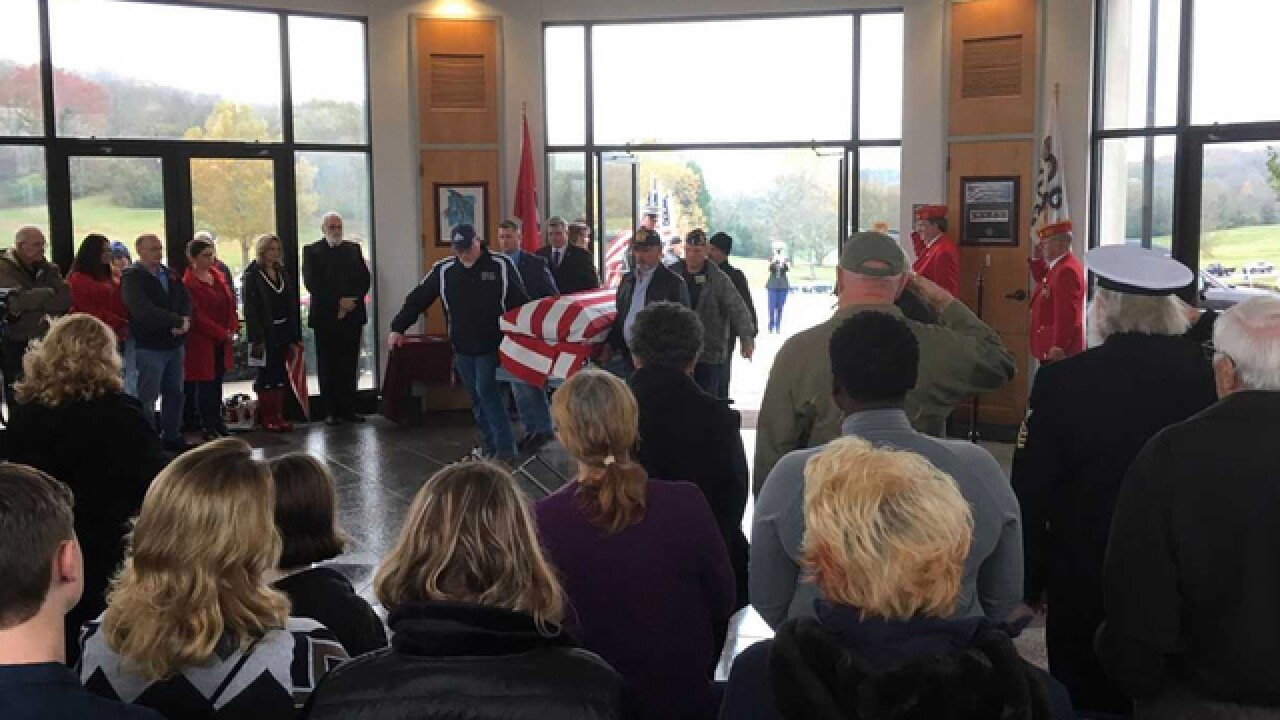 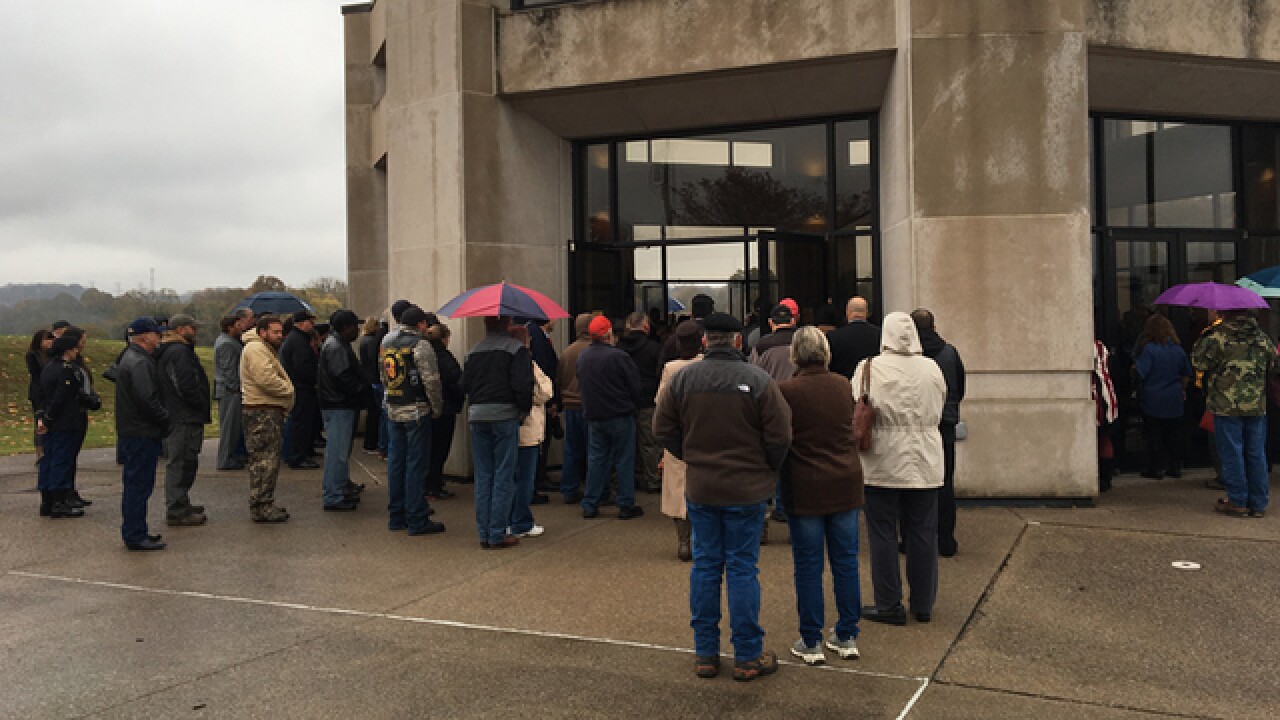 The Middle Tennessee community came together Friday to make sure an unclaimed veteran would not be forgotten.

Large crowds turned out on a rainy morning to pay their respects to Leo Stokley, of Murfreesboro. He died Sunday at the Waters of Cheatham in Ashland City. He was 69.

Stokley served in the United States Marine Corps and did a tour of duty in Vietnam.

After his passing, he had no family to attend his funeral -- that’s when the community stepped in to make sure he wouldn't be buried alone.

Hundreds of veterans and their friends and family showed up to show respect for Stokley.

The push for help started among veterans groups on social media and was quickly shared during the week before the funeral.

"It's very heartwarming to see this many veterans and friends of veterans that show up here on a cold rainy day, a weekday to send him off in style. I'm proud for that. I'm proud for these guys that did that." said Bob Counter, an Air Force veteran.

He was laid to rest at the Middle Tennessee Veterans Cemetery in Nashville.