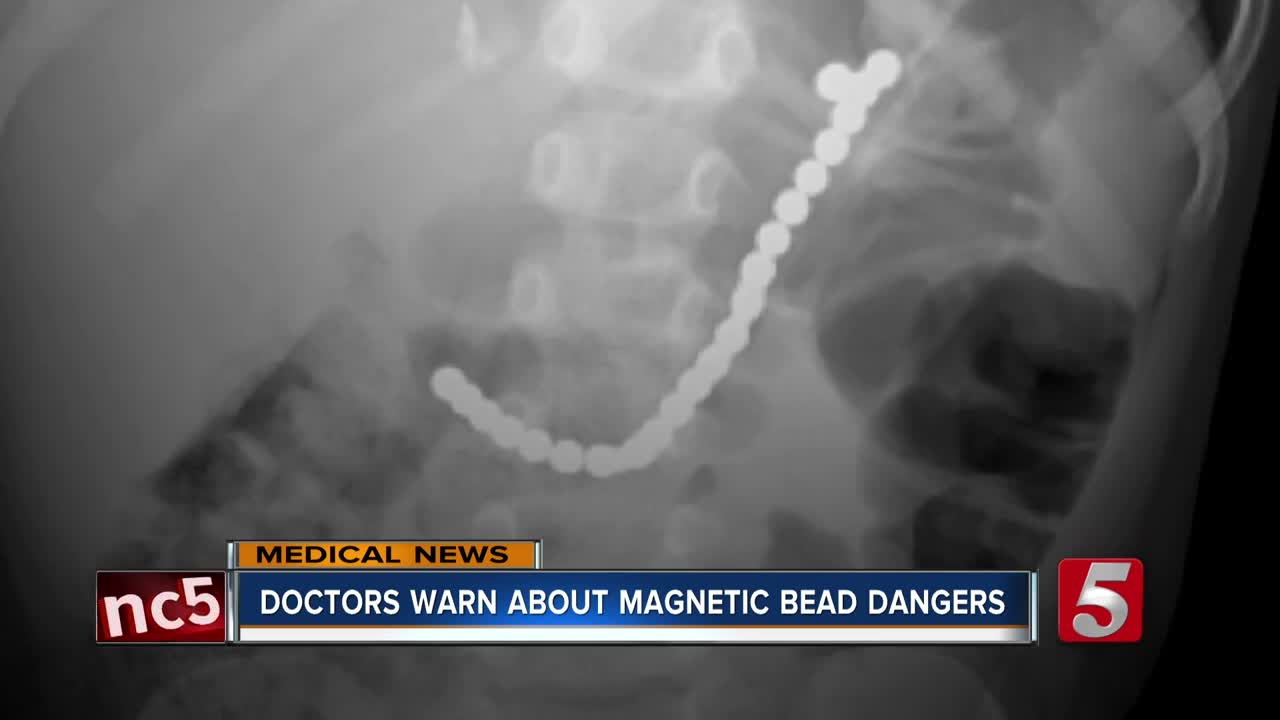 After multiple cases of surgical magnetic bead removal in children at Monroe Carell Jr. Children’s Hospital at Vanderbilt, doctors are warning parents how dangerous the toys can be. 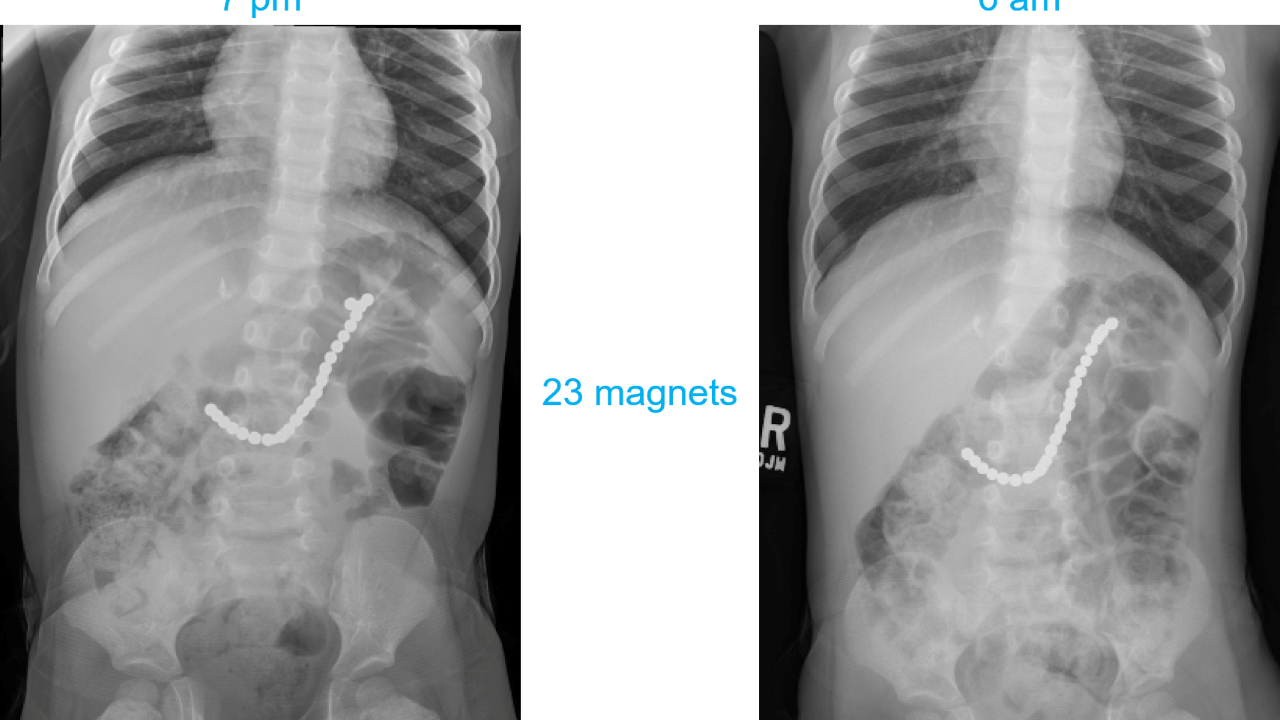 NASHVILLE, Tenn. (WTVF) — Doctors at Monroe Carell Jr. Children’s Hospital at Vanderbilt are warning parents after seeing an uptick in cases of children ingesting magnetic beads. The beads are meant to be therapeutic toys for older kids and adults. The tiny, colorful magnets can look like candy to young kids.

"They discovered in that X-ray he had something metallic in his stomach," Josh said.

The Cooke's ended up at Monroe Carell Jr. Children’s Hospital at Vanderbilt thinking Caiden swallowed a bracelet or keychain. The surgeon, Dr. Harold Lovvorn, thought it was 23 magnetic beads. They don't keep magnets in the house, but Caiden's grandparents had the beads for older grandchildren to play with.

Thinking they were candy, Caiden ate them without anyone seeing. He needed emergency surgery.

Because they caught the beads early, Caiden was out of the hospital in just three days. His was the third case in just 10 days at the hospital. It's a concern the American Academy of Pediatrics has been advocating for a decade.

"They're very appealing to play with. They're designed for older adolescents and adults," Dr. Lovvorn said. "They're used for therapy for children who have educational disabilities, but they're not intended for children under the age of 14."

Josh says they're thankful it didn't end up much worse, but now they're even more vigilant. He wants their story to be of warning to parents not to get rid of the magnetic beads, but make sure they're stored out of reach of any young children.

"I don't think that you should do away with magnets," Josh said. "I played with them when I was a kid. I'm an engineer. I think they do great things for STEM and motor skills and the mind, but only under supervision.

Dr. Lovvorn said the Consumer Product Safety Commission is meeting with the manufacturers about how to make these magnets safer if ingested and less appealing to young children. If parents suspect their child has eaten magnets, they should contact their primary care physician or head straight to the emergency room.