US Slashes Number Of Refugees To 30,000 For Next Year 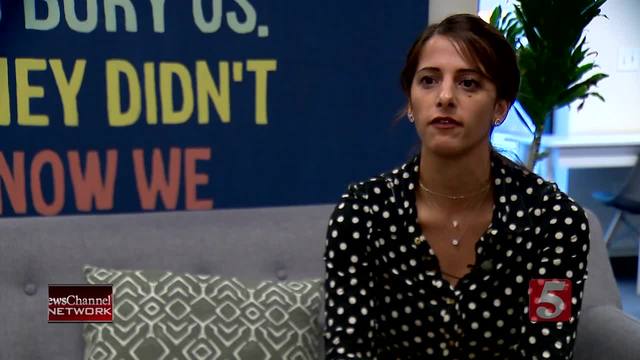 The Trump administration announced it's cutting the number of refugees allowed into the United States next year to 30,000.

The Trump administration announced it's cutting the number of refugees allowed into the United States next year to 30,000.

The announcement came despite calls from global humanitarian groups that this year's cap of 45,000 was too low.

The 30,000 ceiling was announced Monday by Secretary of State Mike Pompeo. It is the maximum the U.S. will admit during the fiscal year that starts Oct. 1. The actual number allowed could be lower. The U.S. welcomed nearly 85,000 refugees in the final year of the Obama administration.

The lower admittance numbers reflect the Trump administration's opposition to accepting refugees and other immigrants into the U.S. That approach has already driven down refugee admissions to their lowest level in a decade.

Officials with Catholic Charities of Tennessee released the following statement in response to the announcement:

"Catholic Charities of Tennessee is disappointed in the reduction of refugees announced today by the Administration. At a time when we are seeing historic numbers of people fleeing persecution and violence all over the world, our government is denying safety for the most vulnerable. Catholic Charities has worked to resettle refugees, who come to the U.S. as the most thoroughly screened and vetted immigrants entering the country, for more than fifty years. The success of resettlement programs can be seen all over our state in refugees who become entrepreneurs, business owners, homeowners- so many people who give back to their communities every day.
We will continue to advocate for refugees and continue our work to provide help and create hope for people in need."

The Tennessee Immigrant and Refugee Rights Coalition also responded to the news with severe frustration:

"This is a profoundly shameful moment for our country and our long history of welcoming refugees. In the midst of the largest displacement of people in recorded history, this announcement sends a clear and dangerous message to the world about what kind of country we are becoming.
Dramatically reducing the number of refugees resettled this year will fundamentally dismantle our nation's infrastructure to welcome and support people fleeing persecution and violence. When the administration lowered the resettlement numbers last year, one of Nashville's resettlement agencies, World Relief, was forced to close their doors after 30 years. It will take decades to rebuild our refugee resettlement program and restore our nation's reputation.
From gutting our nation's asylum system to terminating the TPS program, today's decision is the latest in the administration's relentless efforts to limit migration to this country and carry out mass deportations.
Congress must defend the lifesaving work of resettlement and demand the White House use the consultation process to welcome at least 75,0000 refugees."