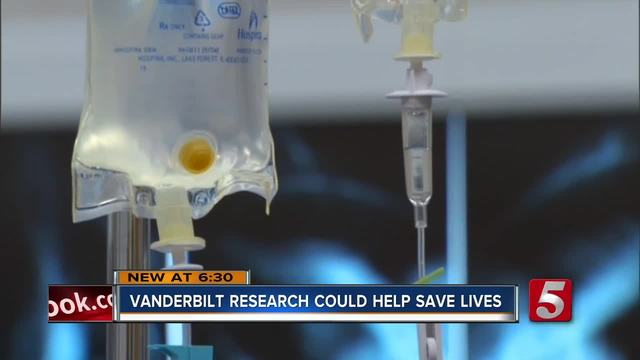 Vanderbilt University Medical Center officials said they would be switching out saline as an intravenous fluid therapy for most patients with a balanced solution and encouraged other hospitals to do the same. 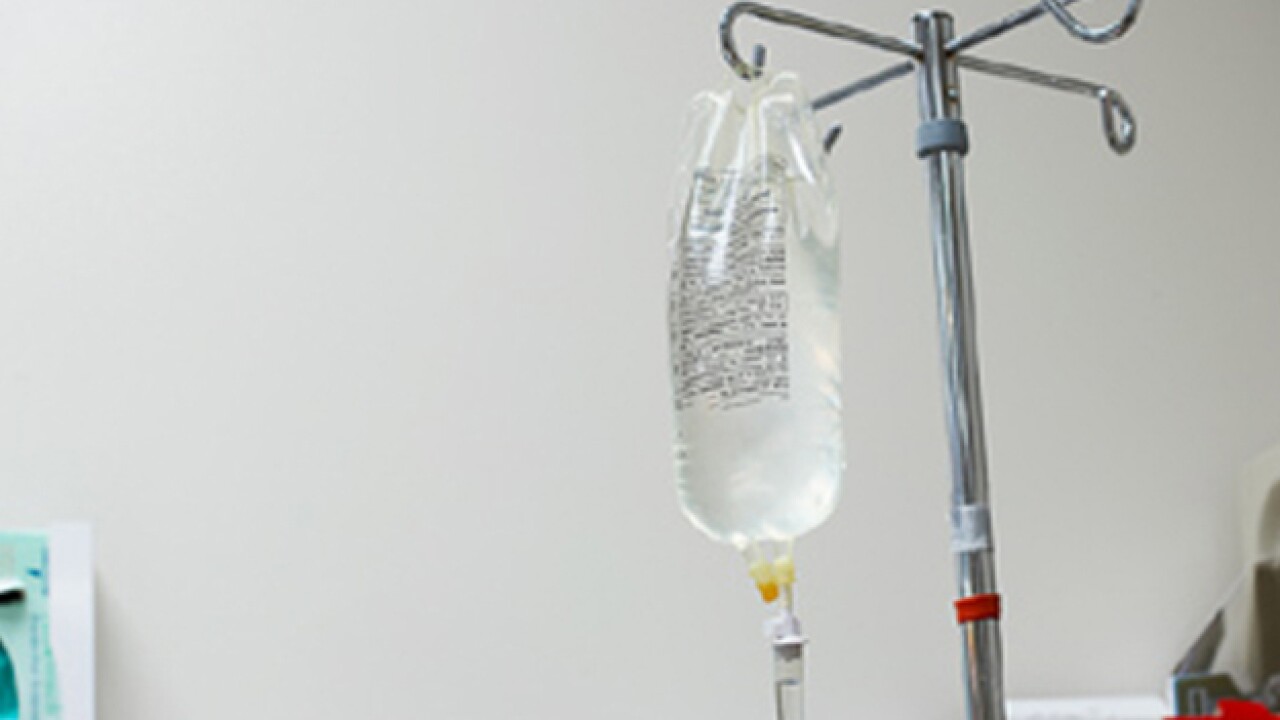 Vanderbilt University Medical Center officials said they would be switching out saline as an intravenous fluid therapy for most patients with a balanced solution and encouraged other hospitals to do the same.

They made the decision based on recent research. It found that saline has a higher concentration of sodium and chloride (essentially table salt) than blood does, while the balanced solution has a much closer match to typical sodium and chloride levels in blood.

"We found that these balanced solutions tended to make people live longer and have less kidney damage," said Dr. Wesley Self, a physician and researcher at Vanderbilt University Medical Center.

Over about a two year period, Vanderbilt doctors and researchers watched how patients responded to each of the options. Two studies involved 28,000 patients.

"We had to look in tens of thousands of patients to find this small difference," Self explained. "That small difference is really important when you talk about as many patients as we have."

Bad outcomes, such as kidney failure or death, were about one percent less likely in the balanced solution, and when you're talking about all of the people who receive IV treatment, that can be a big difference.

Vanderbilt has already started making the switch to the balanced solution with most patients, and with the new research released to the medical world, they believed other hospitals will follow.

"When you look at the millions and millions of patients that have fluids given to them every year in the U.S., a one percent difference for each patient starts to be a big number when you multiply it out by millions," Self said.

He added that he believes the switch could save more than 100,000 patients from kidney failure or death every year.

While the balanced solution is preferred for general treatment, saline may still be preferred for people with low sodium levels or with brain trauma.