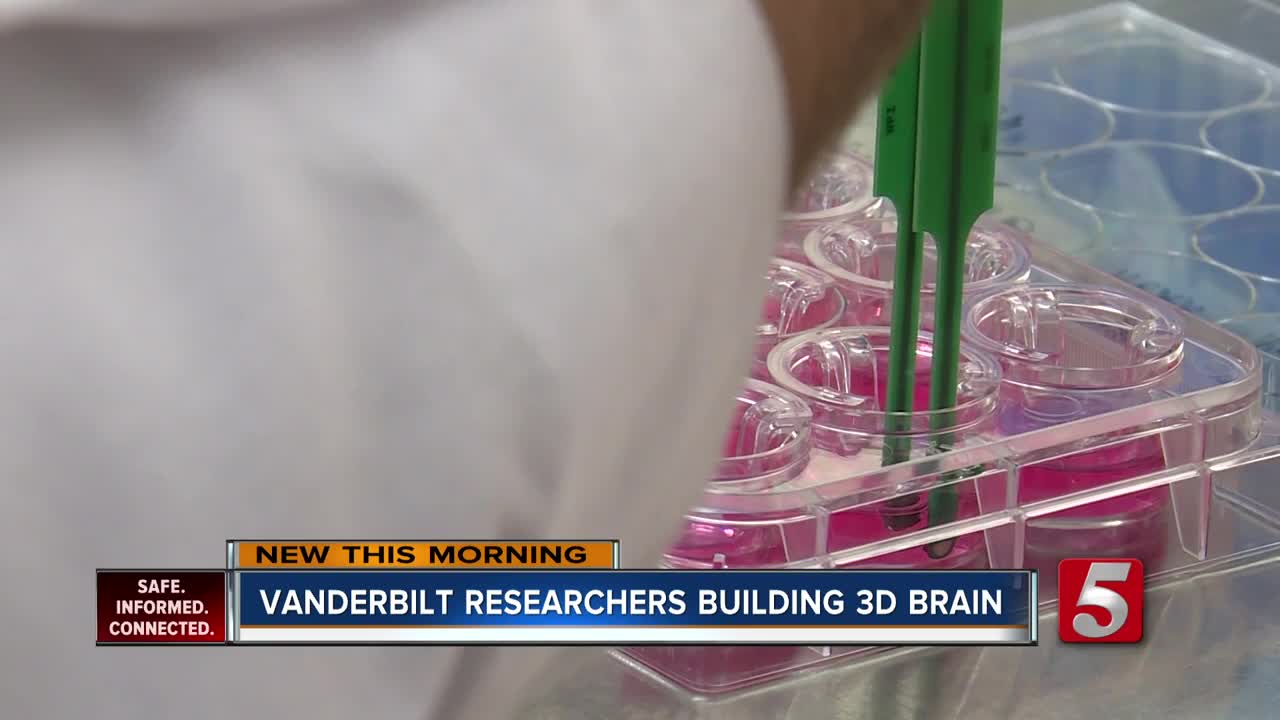 NASHVILLE, Tenn. (WTVF) — Vanderbilt researchers say they're one step closer to building a brain in a dish. Building a brain starts with studying cells.

"So one of the things we had to do was figure out the right environment to keep some of these cells alive," said Leon Bellan, Assistant Professor of Mechanical & Biomedical engineering at Vanderbilt University.

Bellan says cells can live in a special gel outside the body.

"You can form what you call a hydro-gel. It's kind of like a gelatin dessert and turns out that cell love growing both on and in that," he said.

Creating 3D models of human organs like the brain is the goal of Bellan and Ethan Lippmann, Assistant Professor of Chemical & Biomolecular Engineering. They say having a 3D model that mimics the body's vasculature would help propel the future of drug testing and disease research.

"When people think of neuro-degeneration they think about all Alzheimer's disease but really there's a lot of other facets of diseases that are encompassed in dementia," said Lippmann.

Lippmann is no stranger to the reality of neuro-degeneration.

He hopes this is the first step towards organoids -- or models of human organs. So far, they've created a blood-brain-barrier model, that duplicates the endothelial barrier. These barriers are critical, since there's a lot of things circulating in your blood that you don't want getting in your brain. Now -- they're looking to add other cells to the mix.

"Once we have the brain we would be more of a stage where we could test perspective drugs to see if we could correct diseases. We would be equipped to study how the brain and its vasculature degrade in the face of a disease. We would be in a situation where we would have a very robust model system that we could then use to probe all of these things that were very interested in and then hopefully help bring drugs to the clinic faster because that's really our ultimate goal," Lippmann said.