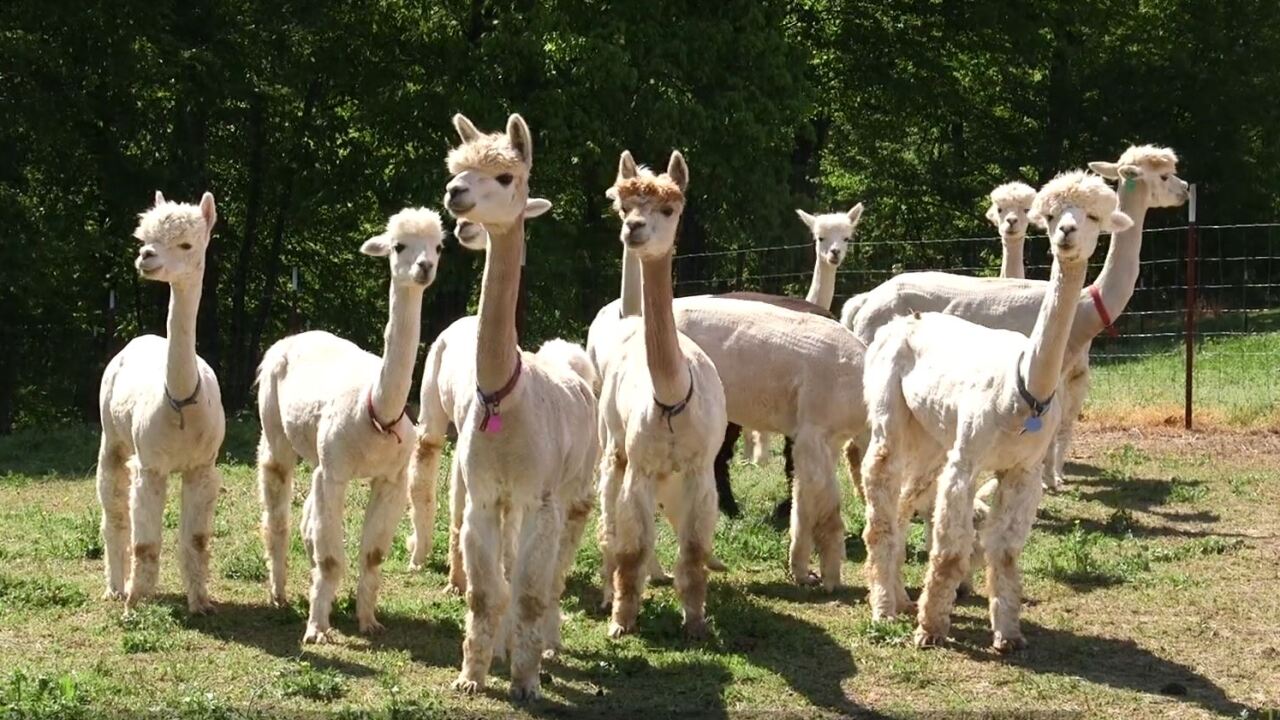 NASHVILLE, Tenn. (WTVF) — A team of Vanderbilt University researchers is studying alpacas in the hopes of creating antibodies that could help in the treatment of human disease, the University announced yesterday.

Associate professors of parmacology Brian Wadzinski and Ben Spiller, with Rich Breyer, the Ruth King Scoville Chair in Medicine, are leading the research, having come together through their fascination with the potential alpacas have to improve human health.

In pursuit of this research, the team of three launched Turkey Creek Biotechnology, purchased a herd of alpacas and partnered with Litton Farms in Waverly to care for them.

"The team isolates fragments of these alpaca antibodies that can be used to visualize and potentially regulate the PPP2R5D enzyme," Vanderbilt's press release says. The release adds that the PPP2R5D enzyme has been linked to autism, Alzheimer's disease and some cancers.

Wadzinski says alpaca antibodies can be used for research, diagnostic and therapeutic purposes, and because of their unique features, the antibodies can also be harvested. Breyer assures that it only takes a small, quick sample from the alpacas for the researchers to do their work.

The researchers could be months or years from a breakthrough, but the team pays regular visits to the alpacas. While this is sometimes for blood samples, it's also sometimes for fun, and other times to shear them for fur in the knitting of hats for cancer patients who have lost their hair. When they do make a breakthrough, the team hopes it will progress human treatment of diseases linked to the PPP2R5D enzyme.