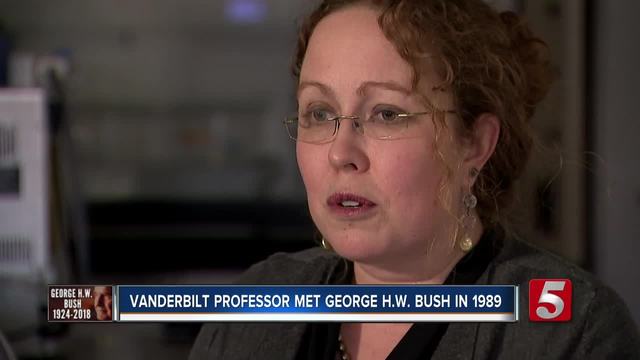 As many celebrate the life of President George H. W. Bush they remembered his public service and passing the Americans With Disabilities Act in 1990. 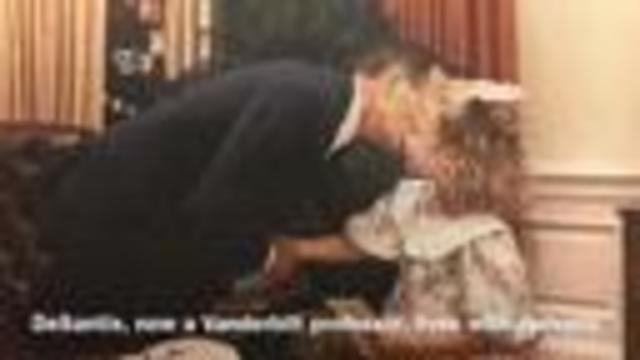 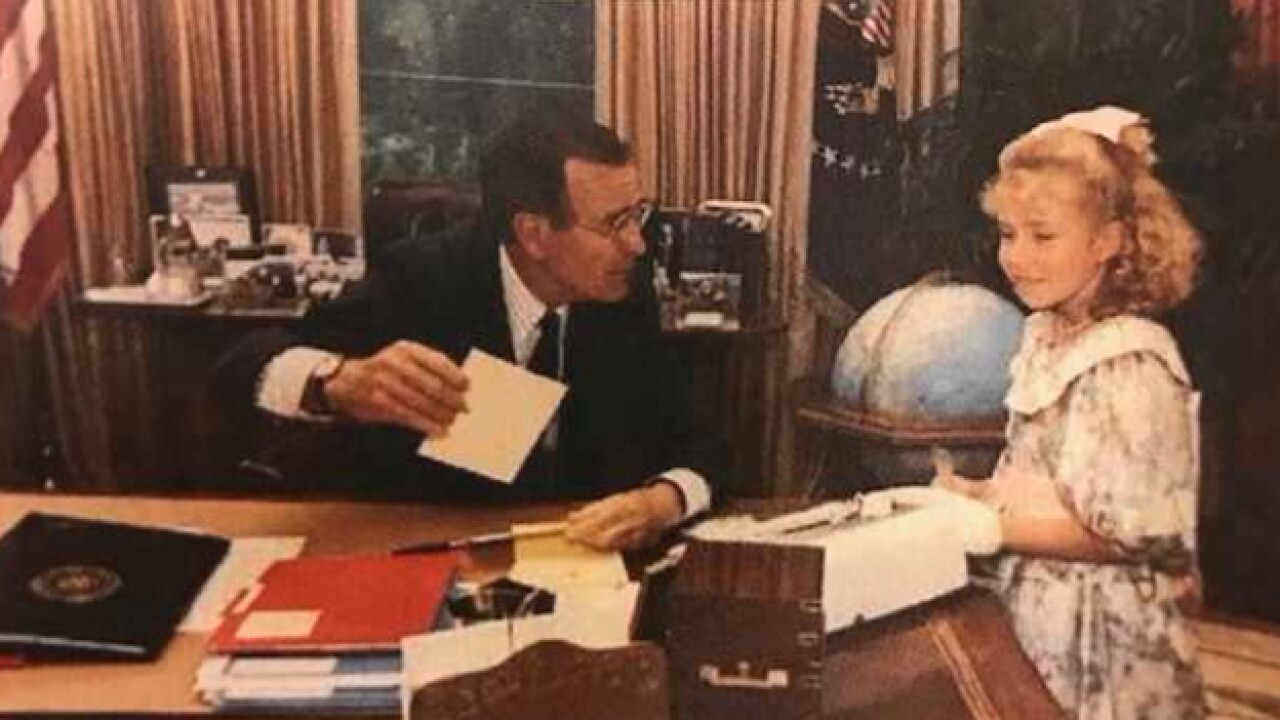 As many celebrate the life of President George H. W. Bush they remembered his public service and passing the Americans With Disabilities Act in 1990.

Larisa DeSantis, who lives with epilepsy, met the 41st president at the White House when she was nine-years-old. At that time, she had been named the National Poster Child for the Epilepsy Society of America.

"When I first walked in one of the things we did was actually light a candle and it was for the Light Of Understanding which was the symbol for the epilepsy society and we decided that we were going to blow out the candle and at the end he said 'I hope my wish comes true, because it's about you,'" DeSantis said.

DeSantis, an associate professor of Earth and Environmental Sciences, teaches undergraduate and graduate students about mammals and fossils at Vanderbilt University.

She said her passion goes back to when she first met the former president.

"It really just changed my whole world. Even though it was the president of the United States, to me it was this grandfather-like figure who made me feel like one of his grandkids and made me feel normal even though at the time I was having 30 to 40 seizures a day," she said.

The passing of the ADA which banned discrimination based on disabilities and provided reasonable access to buildings and public transit caused DeSantis to live a life like her peers.

"I wanted to go to this marine science camp and at the time there was sort of this question as to whether I would be able to go but because of the ADA reasonable accommodations were made. So I had an adult swim partner swimming next to me in case I had a seizure," she said.

After her visit at the White House, President Bush wrote an absence excuse note to give to her elementary teacher.

"He went straight to his desk, he let me pick out the stationary. He wrote the letter to my teacher and it said, 'Dear Mrs. Checel, Please give Larisa an excuse. You see, she came to see me. Sincerely George Bush' and at the end of writing it he said 'that ought to do it'", she said.

DeSantis said she grew up in a world with the ADA and as a mother, is even more grateful to have her children grow up in a world where accommodations, not discrimination, is law.

To this day, she encourages her students to be proud of themselves like how the president impacted her life many years ago.