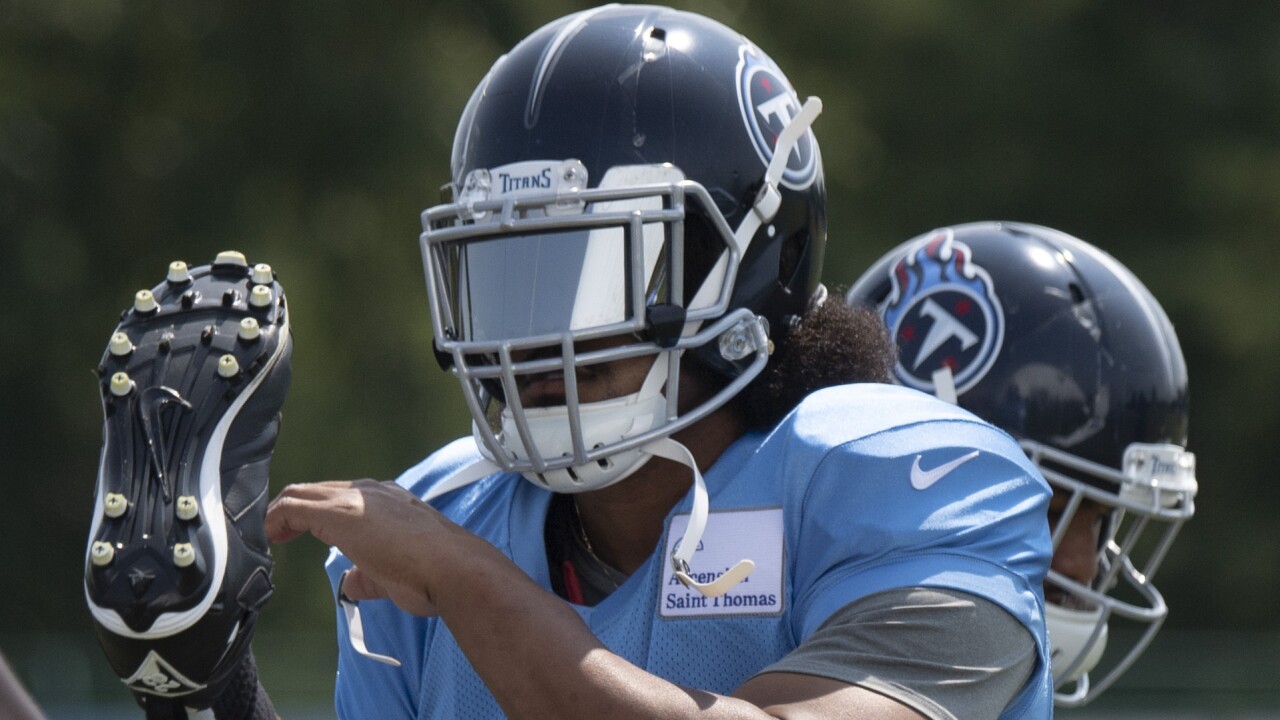 George Walker/AP
FILE - In this Wednesday, Sept. 9, 2020, file photo, Tennessee Titans outside linebacker Vic Beasley Jr. (44) warms up during NFL football practice in Nashville. Beasley spoke with reporters Friday, Sept. 25, 2020, for the first time since agreeing to a $9.5 million contract with Tennessee in March, and the outside linebacker is hoping to make his debut with the Titans on Sunday when they visit the Vikings.(George Walker IV/The Tennessean via AP, Pool, File)

The man who led the NFL with 15 1/2 sacks in 2016 spent all of preseason on the non-football injury list with a knee injury. Beasley passed his physical Sept. 5 but didn’t practice a whole week until this week.

He is expected to play Sunday for the Titans in Minnesota.

Beasley talked with reporters Friday for the first time since agreeing to a one-year, $9.5 million contract in March. He says he's looking forward to playing and proving that he's still an elite pass rusher.