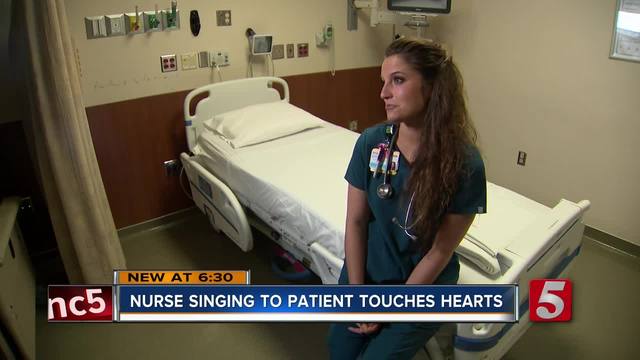 An emotional video of a Vanderbilt University Medical Center nurse singing to a terminal cancer patient has gone viral. 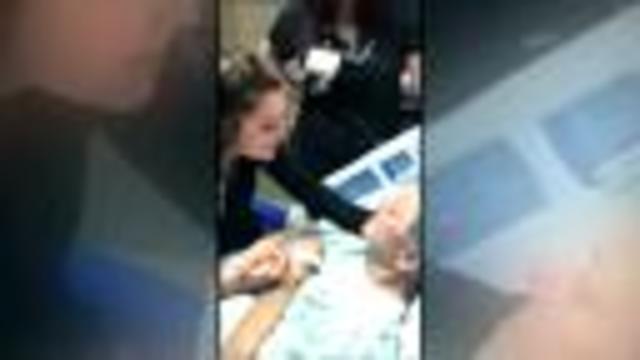 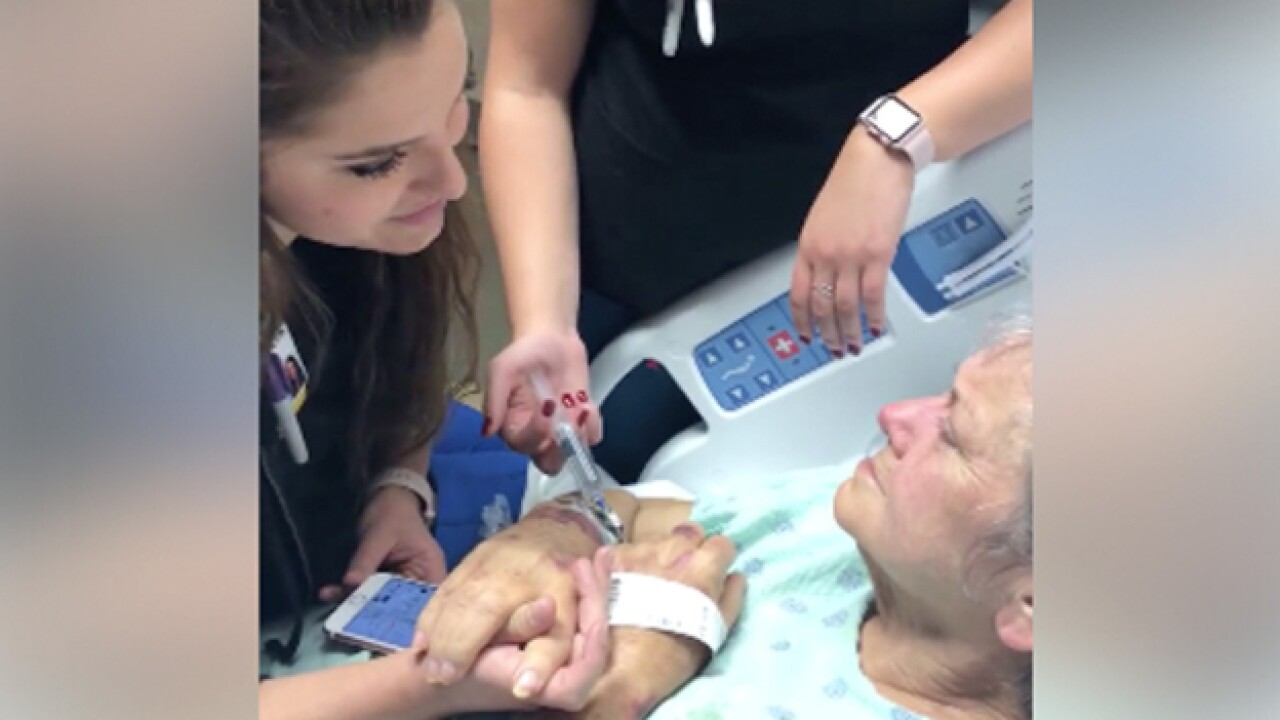 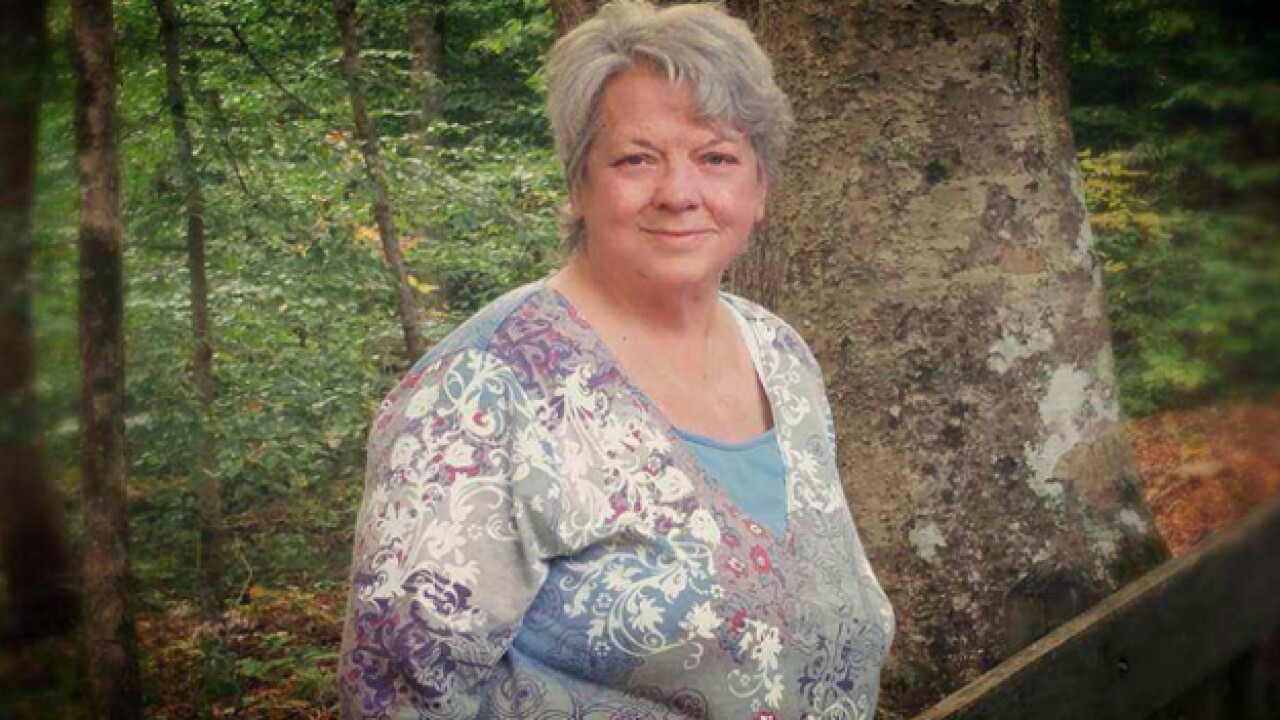 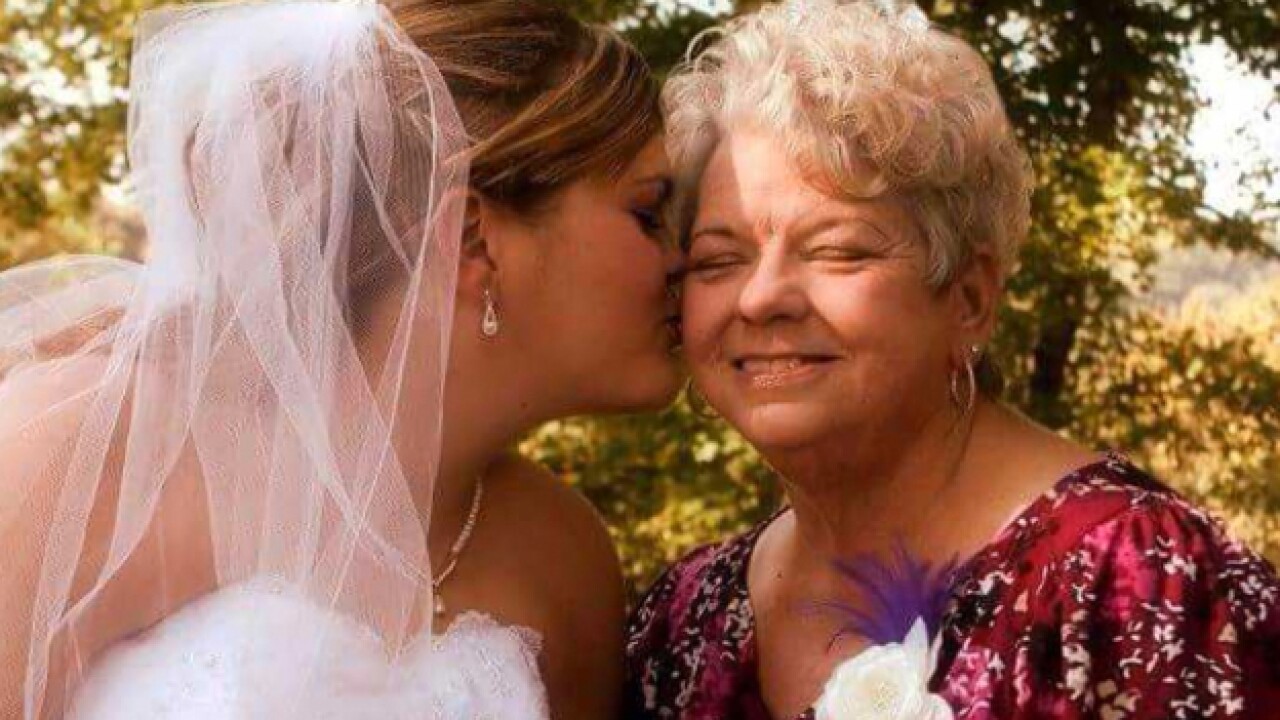 An emotional video of a Vanderbilt University Medical Center nurse singing to a terminal cancer patient has gone viral.

A couple of weeks ago, 63-year-old Margaret Smith was admitted to Vanderbilt University Medical Center due to a rapid decline in health. She had been suffering from liver cancer for about a year.

After a procedure, she waited for a liver transplant, but doctors told her that her health was in too poor shape for a transplant.

She was later moved to a nursing home in Cookeville, where she died Wednesday, but before leaving the hospital, a nurse shared a special moment by singing to Smith.

Before her release, Margaret's friend recorded a video of VUMC nurse Olivia Neufelder singing her favorite song "Dancing In The Sky" by Dani and Lizzy.

"There was almost a sense of peace knowing that it was her favorite song and she did tell me it's the song she wants played at her funeral," Neufelder told NewsChannel 5. "She didn't feel like a patient at that time. I wanted her to know that she was loved even if her family wasn't able to be there."

Smith always called Neufelder her little "angel." Neufelder would sing to Smith everyday during her stay to keep her smiling despite her declining health.

"I recently lost my grandmother and went through a similar experience and I was singing to her as she passed too. Margaret really has helped me more than she knows," added Neufelder.

The video was posted two days ago and has reached nearly two million views as of Wednesday.

Crystal Roberts recorded the video a day before Smith was released from the hospital.

"More than anything Margaret loved people, loved life and loved the Lord,"said Roberts.

The family wanted to thank Neufelder for shedding compassion and peace during a dark time. It is a bond that will forever link families.

"I would love her and hug her and we'll be friends with her forever," said Roberts.

Margaret leaves behind a daughter and a son in their early 20's. A gofundme account* has been set up to help with expenses. To donate, visit the account online.

Visitation has been scheduled for 5 p.m. to 9 p.m. on Thursday at Halls Funeral Home in Celina. Margaret's funeral will be held on Friday at 2 p.m. at The Potters House Church in Celina.